Wildlife   Black bear, Mountain lion
#DefendCarnivores, #EndTheWarOnWildlife, #PressStatement, #ProtectWhatYouLove
DENVER— The U.S. District Court of Colorado has ruled that the U.S. Fish and Wildlife Service violated the law by funding a Colorado Parks and Wildlife plan to kill hundreds of mountain lions and dozens of black bears without properly analyzing the risks to those animals’ populations and the rest of the environment.

In response to a lawsuit brought by conservation groups, the court ruled that the Service violated the National Environmental Policy Act by agreeing to fund the project using federal money without completing its own environmental analysis. Further, the court found the environmental analysis the Service tried to rely upon, completed by the U.S. Department of Agriculture, did not adequately analyze the impacts of killing black bears and mountain lions under the plans.

“On behalf of the majority of Coloradans who support coexistence with native carnivores, WildEarth Guardians applauds the court for recognizing the substantial environmental impact that these killing ‘studies’ impose on native wildlife in the state,” said Lindsay Larris, wildlife program director at WildEarth Guardians. “These studies threatened local ecosystems by the extermination of entire populations of bears and lions in these regions, a fact that the Service completely ignored.  We hope this ruling ensures that the Service will carefully consider all funding requests for wildlife ‘studies’ long into the future.”

The multi-year plans to kill black bears and mountain lions in the Piceance Basin and Upper Arkansas River areas of Colorado were intended to artificially boost the mule deer population for hunters, where habitat had been degraded by oil and gas drilling. But overwhelming scientific evidence shows that killing native carnivores does not  boost prey populations. The killing plans were hatched and approved by Colorado Parks and Wildlife in 2016 and funded by the Service in 2017 despite overwhelming public opposition, and over the objection of leading conservation biologists’ voices.

“This ruling immediately halts the use of taxpayer dollars for the slaughter of Colorado’s mountain lions,” said Andrea Zaccardi, a senior attorney with the Center for Biological Diversity. “I’m so pleased that the court put a stop to this scientifically baseless study that needlessly targeted Colorado’s ecologically important, native carnivores.”

The court agreed that the Fish and Wildlife Service failed to consider the many substantial environmental harms that were likely to result from the plans, such as the harm to the local ecosystem caused by these killings and the suffering and deaths of orphaned cubs and kittens.

“Persecuting bears and mountain lions in this way is not only incredibly cruel to these highly-sentient, social beings who spend years raising their dependent young, but it is also environmentally destructive,” said Laura Smythe, a staff attorney with the Humane Society of the United States. “These inhumane wildlife killing plans left cubs orphaned, who likely died from starvation, dehydration, predation or exposure. Intensive trophy hunting and killing of mountain lions leads to increased conflicts with humans, pets and livestock. The federal government had no business funding this completely unnecessary state-sponsored slaughter.”

The Piceance Basin Plan has been completed but the Upper Arkansas River Plan is ongoing and will be halted as a result of this ruling.

Background: Started in 2017, the Upper Arkansas River Plan was approved to last nine years, during which time Colorado Parks and Wildlife would kill more than 50% of the mountain lion population in the area. Colorado expected the killing of up to 234 mountain lions would cost nearly $4 million, 75 percent of which would be federally funded with taxpayers’ money.

Mountain lions and black bears are critical to their native ecosystems. Mountain lion predation provides food for more bird and mammal scavengers than that of any other predator on the planet. Black bears’ diverse diet of fruits results in broad dispersion of seeds, and their foraging behavior creates disturbances that allow sunlight to reach plants below the forest canopy. 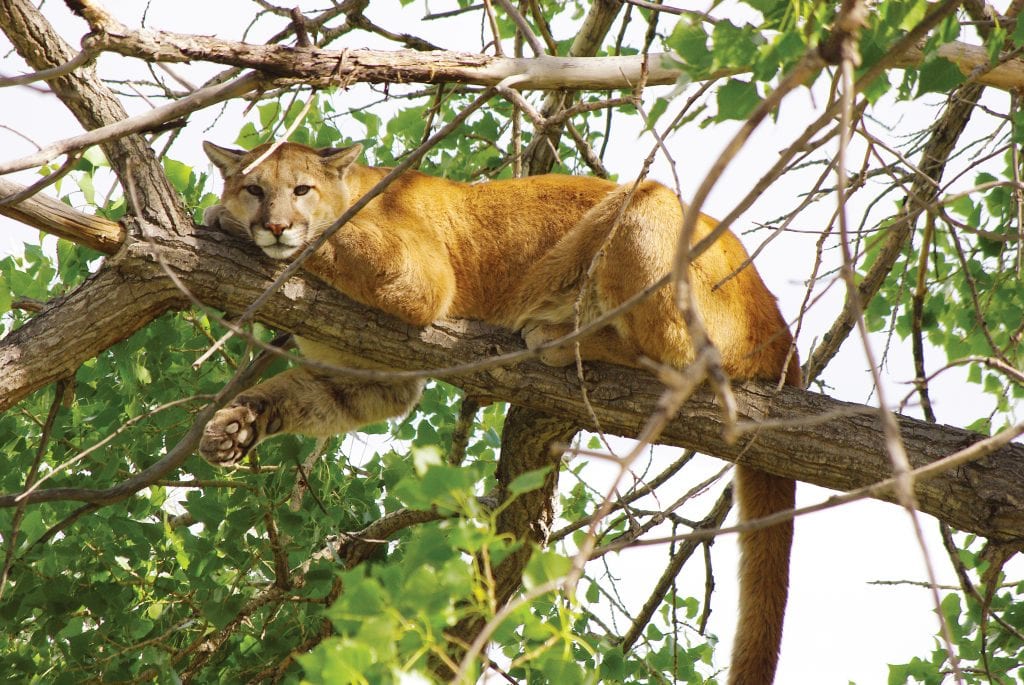