Today’s letter supports the emergency petition filed on May 26 by the Center for Biological Diversity, the Humane Society of the United States, Humane Society Legislative Fund, and Sierra Club. That petition explains that the changes in wolf killing laws in Idaho and Montana trigger the need to restore federal protections for wolves in the northern Rocky Mountains on an emergency basis.

“The bills recently signed into law in Idaho and Montana are not wolf management bills—they are wolf extermination bills,” said Lindsay Larris, wildlife program director at WildEarth Guardians. “These laws harken back to the late 1800s, when the value of wildlife and ecosystems was non-existent in state government. For the protection of the wolves and ecosystems in the western U.S., the Endangered Species Act requires the Fish and Wildlife Service to relist wolves in the Northern Rockies immediately.”

On June 13, Idaho Fish and Game closed a nine-day public comment period on its proposal to implement the state’s new wolf laws, which take effect July 1. The proposed rules implement Senate Bill 1211, allowing the state to hire private contractors to kill up to 90% of Idaho’s wolf population. The Idaho rules would allow hunters and trappers to kill an unlimited number of wolves, run down wolves with packs of hounds, chase them and run them over with ATVs and snowmobiles, and trap year-round on private land across the state.

“When states embrace such extreme and aggressive policies that threaten the viability of a species, few other options remain than to look to the federal government to reinstate necessary protections until a long-term solution is in place,” said Garrick Dutcher, research and program director at Idaho-based Living with Wolves. “Sacrificing gray wolf recovery in Rocky Mountain ecosystems because wolves are perceived as inconvenient to agricultural interests is shortsighted and misguided. States cannot be allowed to cleanse the landscape of wolves and other ecologically vital top-level carnivores in the interest of agribusiness.”

The Montana Fish and Wildlife Commission will decide at a June 24 meeting in Helena whether to move forward with new wolf rules after taking testimony from the public.

Montana’s Senate Bill 314 pushes the commission to authorize hunters and trappers to kill an unlimited number of wolves through baiting, trapping, and night hunts using night-vision scopes and spotlighting. The commission will also address new laws allowing snaring and expanding the wolf-trapping seasons by four weeks.

“In Montana, we are facing a War on Wildlife, being driven by Gov. Gianforte,” said Stephen Capra, executive director of Footloose Montana. “We must have the federal government act to relist wolves, or approximately 85% of them will be killed.”

“The impending and abhorrent changes to wolf hunting regulations will allow for inhumane methods to kill these animals and threatens the very survival of wolf populations in the region,” said Nicholas Arrivo, managing attorney for wildlife at the Humane Society of the United States. “The U.S. Fish and Wildlife Service must meet its obligation under the Endangered Species Act by restoring protections to wolves in the northern Rockies.”

“Wildlife managers in Idaho and Montana are rushing out regulations that’ll allow widespread slaughter of wolves to start this summer,” said Andrea Zaccardi, an Idaho-based senior attorney at the Center for Biological Diversity. “Decades of progress recovering wolves in the Northern Rockies will be erased unless the U.S. Fish and Wildlife Service acts now to restore their Endangered Species Act protections.”

The Endangered Species Act requires the Fish and Wildlife Service to respond to the relisting petition by Aug. 24. 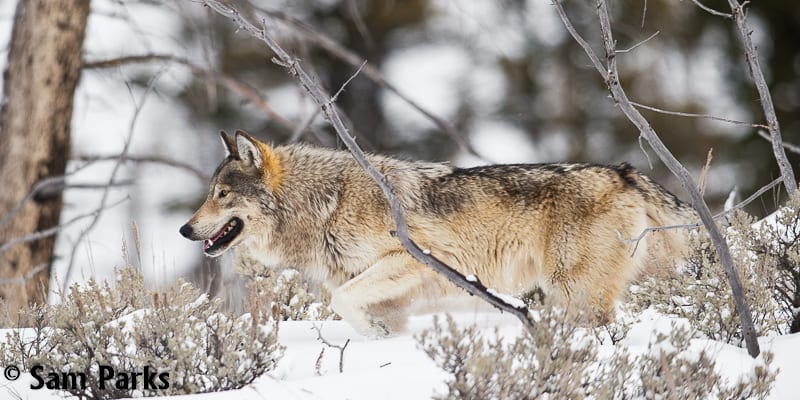