Climate + Energy
#COCleanAir, #ClimateJustice, #KeepItInTheGround
Denver—WildEarth Guardians and the League of Oil and Gas Impacted Coloradans (LOGIC) today filed legal complaints over the failure of multiple companies to comply with rules to protect health, safety, and the environment from oil and gas wells that in some cases have have not produced for years.

“Oil and gas companies are dangerously abandoning their wells, putting health, safety, and the environment at risk in Colorado,” said Kate Merlin, Colorado Climate and Energy Program Attorney for WildEarth Guardians.  “Make no mistake, these are violations of the law and an affront to the state’s efforts to ensure the oil and gas industry operates in a manner that puts people and communities first.”

In formal complaints filed with the Oil and Gas Conservation Commission, WildEarth Guardians and LOGIC highlighted the oil and gas industry’s widespread failure to conduct required monitoring and testing of inactive wells, or wells that are not producing and in many cases have not produced for years.

There are currently over 11,000 inactive oil and gas wells in Colorado, around 20% of all wells in the state. After intensive research, it was discovered that companies had failed to complete well integrity testing on more than 2,000 of these inactive wells.  Integrity testing is meant to ensure that inactive wells do not fall into disrepair, potentially jeopardizing clean air and water, community health, and lands.

The complaints over these high risk wells come as the Oil and Gas Conservation Commission is weighing updates to regulations requiring oil and gas companies to post bonds to guarantee the reclamation of well sites in the event that wells are abandoned.

With widespread violations of well integrity rules, Colorado could have a more significant abandoned well problem than has been previously understood.  With reports showing that the cost of cleaning up abandoned wells is higher than current bonding amounts cover, the situation underscores the need for increased bonding.

As WildEarth Guardians and LOGIC stated to the Commission in in their cover letter, “The failure of operators to ensure mechanical integrity testing for thousands of inactive oil and gas wells indicates that there may be a more significant and serious abandoned and orphaned well problem in Colorado than previously understood. In addition to the potential compliance issues, this underscores the need for the Commission to move quickly to update financial assurance regulations to ensure operators are bonded in sufficient amounts to cover the costs of reclamation and remediation.”

“The reality is, industry is not shouldering the true costs and liabilities of its infrastructure in Colorado,” said Jeremy Nichols, Climate and Energy Program Director for WildEarth Guardians.  “This has left the state immensely vulnerable to having to spend taxpayer dollars to clean up thousands of oil and gas wells and suffer incalculable health and environmental harm.”

In response to the complaints, the Oil and Gas Conservation Commission is legally bound to conduct an investigation and take any necessary enforcement action. Both WildEarth Guardians and LOGIC intend to file additional complaints in the coming weeks over the failure of other companies to comply with well testing requirements.

“The Oil and Gas Conservation Commission has to get a handle on the oil and gas industry’s widespread and chronic violations,” said Merlin.  “They have to start by taking immediate enforcement action and by ensuring companies are posting bonds that guarantee the full cost of cleaning up the inevitable mess they leave behind.” 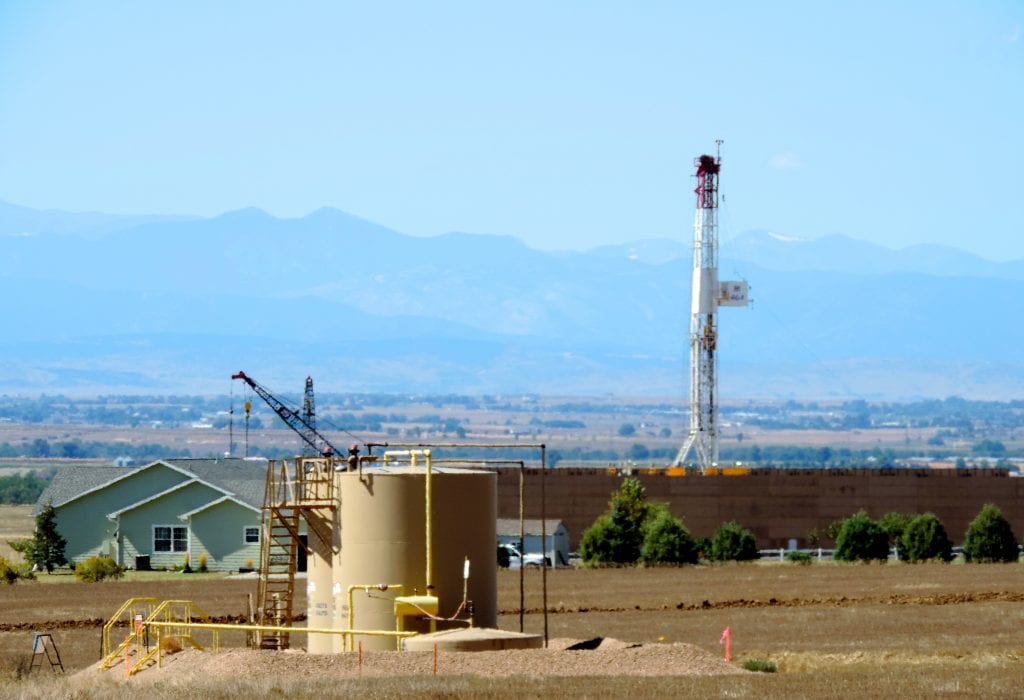 Oil and gas wells and infrastructure in the Denver Metro Area of Colorado.