Parks and Wildlife Commission votes to end competitive killing of coyotes, foxes, prairie dogs, and other species for prizes

Coyote, Swift fox
#DefendCarnivores, #EndTheWarOnWildlife, #ForceForNature, #ProtectPrairieDogEmpires
DENVER—A coalition of leading wildlife protection organizations is applauding the Colorado Parks and Wildlife (CPW) Commission for their vote yesterday to ban wildlife “killing contests” for furbearer and certain small game species in the state. Colorado is now the sixth state in the country to ban these cruel events.

The proposal, advanced by Colorado Parks and Wildlife staff and approved on Thursday by the Colorado Parks and Wildlife Commission, prohibits wildlife competition events, known informally as “killing contest” targeted at species such as coyotes, bobcats, and prairie dogs, amongst others.  These events—also known as “derbies” and “tournaments”—award prizes to hunters for killing the most of a designated species over a certain time period.  As Colorado has instituted a five-species bag limit for such contests, organizers of events in the state also awarded cash or prizes in such categories as “biggest” or “mangiest” animal killed.

“The majority of Coloradans respect and value wildlife and this step forward by our state wildlife department is in line with those values,” said Lindsay Larris, wildlife program director for WildEarth Guardians.  “We look forward to seeing CPW continue to advance policies that reflect the importance of wildlife protection to all people in Colorado.”

Upon enactment, this new regulation will put an end to events such as the High Desert Predator Classic in Pueblo, the Song Dog Coyote Hunt in Keenesburg, and the San Luis Valley Coyote Calling Competition.  Winners of wildlife killing contests often proudly post photos and videos on social media that show them posing with piles of dead coyotes and other animals, often before disposing of the animals in “carcass dumps” away from the public eye.

“Participants of wildlife killing contests often use unsporting and cruel techniques – such as calling devices that mimic the sound of prey or even pups in distress – so that they can lure shy coyotes to shoot at close range,” said Aubyn Royall, Colorado state director for the Humane Society of the United States. “We thank Colorado Parks and Wildlife and the Commission for taking decisive action to ensure that Colorado no longer supports such barbaric and wasteful killing of its treasured wildlife.”

“Colorado’s ban, which is supported by the best scientific data available, is one of the strongest in the country,” said Johanna Hamburger, wildlife attorney for the Animal Welfare Institute. “The state has now joined multiple fish and wildlife agencies and commissions in concluding that these contests compromise the effective management of wildlife populations, fail to increase game populations and harm ecosystems.”

Wildlife agencies and professionals across the country have expressed concerns about killing contests because they reflect poorly on responsible sportsmen and sportswomen. Wildlife management professionals have also noted that wildlife killing contests contravene modern, science-based wildlife management principles. In 2018, more than 70 renowned conservation scientists issued a statement citing peer-reviewed science that refutes claims that indiscriminately killing coyotes permanently limits coyote populations, increases the number of deer or other game species for hunters, or reduces conflicts with humans, pets or livestock.

“All native wildlife species are essential,” said Delia Malone from the Colorado Sierra Club. “Ecology and ethics require that we protect all native species –including species that have historically been vilified or dismissed as unimportant. Natives such as coyotes and prairie dogs, contribute to healthy, viable, resilient ecosystems, and deserve our respect and our protection.” 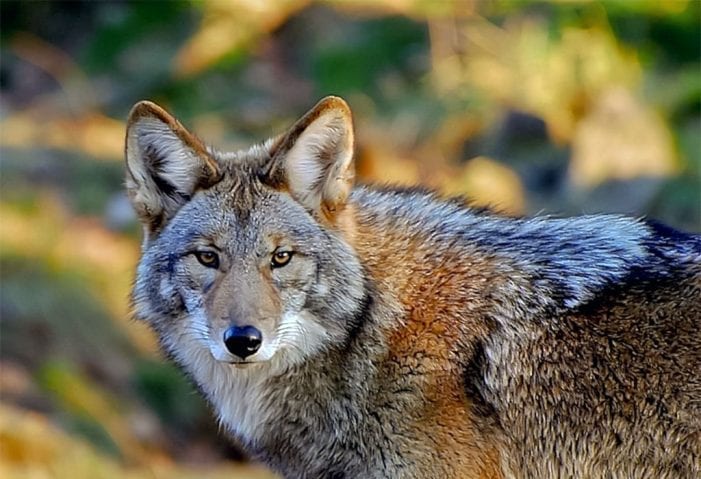