Rivers
#CORiver, #ForceForNature, #LivingRivers, #ProtectWhatYouLove, #RethinkRivers, #StopExtinction
DENVER—A coalition of conservation groups filed a notice of appeal today in the Tenth Circuit Court of Appeals seeking to halt Denver Water’s proposed expansion of Gross Dam in Boulder County and to protect sustainable flows in the Colorado River. The appeal challenges the dismissal by the lower court and asks the appeals court to order review of the merits of the case to ensure the health of the Colorado River, its native and imperiled species, and communities across Colorado that will be negatively impacted by the project.

“We believe the court simply got this wrong, and we’re excited to move forward with the appeal,” said Gary Wockner, the director of Save The Colorado. “This massive dam project would further drain and destroy the Colorado River, as well as cause irrevocable damage in Boulder County, and thus we are firmly committed to defending the river and the environment to the fullest extent of the law.”

The conservation coalition, including Save The Colorado, The Environmental Group, WildEarth Guardians, Living Rivers, Waterkeeper Alliance, and the Sierra Club, originally filed suit on December 19, 2018, in the federal district court of Colorado. The groups’ litigation sought to halt Denver Water’s expansion of Gross Reservoir in Boulder County and prevent an additional diversion of water from the Colorado River through its Moffat Collection System due to violations of federal environmental laws including the Clean Water Act, Endangered Species Act, and the National Environmental Policy Act. The project would triple the storage capacity of Gross Reservoir and the dam would become the tallest dam in the history of Colorado.

On March 31, 2021, the district court dismissed the coalition’s case finding that it was not before the proper court because the Federal Power Act provides the federal court of appeals with sole authority over hydropower licensing by the Federal Regulatory Commission.

“Given the climate, water and biodiversity crises upon us, we need to be restoring river ecosystems, not destroying them,” said Jen Pelz, Wild Rivers Program Director at WildEarth Guardians. “This battle against the powerful water institution is not over and we will continue to fight for water and climate justice by working to reform this broken system of laws and policies.”

“The Sierra Club opposes the Gross Reservoir expansion because of the massive environmental damage it would cause,” said Rebecca Dickson, Chair of the Sierra Club-Indian Peaks Group. “If this project proceeds, hundreds of thousands of trees will be chopped down, countless habitats destroyed, and yet another waterway will be diverted from its natural course to the Front Range. On top of this, immeasurable amounts of greenhouse gasses will be released into the atmosphere during the construction and transportation process.”

“Denver Water’s plan to build the tallest dam in Colorado history will hurt the 40 million people in seven states and two countries who depend on the Colorado River for their water supply,” said Daniel E. Estrin, general counsel and advocacy director at Waterkeeper Alliance. “The basin is slowly dying a proverbial ‘death by a thousand cuts’ as its communities and ecosystems face a water crisis driven by unsustainable demand, prolonged drought, and runaway climate change. We stand with our fellow conservation groups in continuing to oppose this misguided and reckless water grab.”

“The expansion of Gross Dam is a shortsighted response to a long-term problem,” said Beverly Kurtz the President of The Environmental Group. “Denver Water should lead the way in finding sustainable solutions to the challenge of water scarcity, rather than destroying pristine areas of western Boulder County and further threatening the Colorado River with an antiquated dam proposal. Recent data confirm that predicted shortages of water in the Colorado River Basin due to climate change are happening even sooner than expected. Building a bigger dam does not increase the amount of water available. The District Court needs to hear the merits of our case rather than establishing a dangerous precedent by deferring authority to FERC and the federal court of appeals.”

“The year of decision, to not divert more water from the Colorado River, came and went about twenty years ago,” said John Weisheit, conservation director of Living Rivers in Moab, Utah. “We know this is true because the development of contingency planning agreements to avoid water shortages began in 2014 and the urgency to resolve this threat still remains. Yet the contradictions and absurdities to also develop a suite of diversion projects in the Colorado River Basin also remains. If the basin’s water managers will not even adapt to the hydrology they accept, how could they possibly adapt to the hydrology of the future? Our lawsuit is an appeal to accept the truth that the Colorado River has nothing left to give.”

The organizations participating in this litigation are represented by the public interest environmental law firm Eubanks & Associates, PLLC. 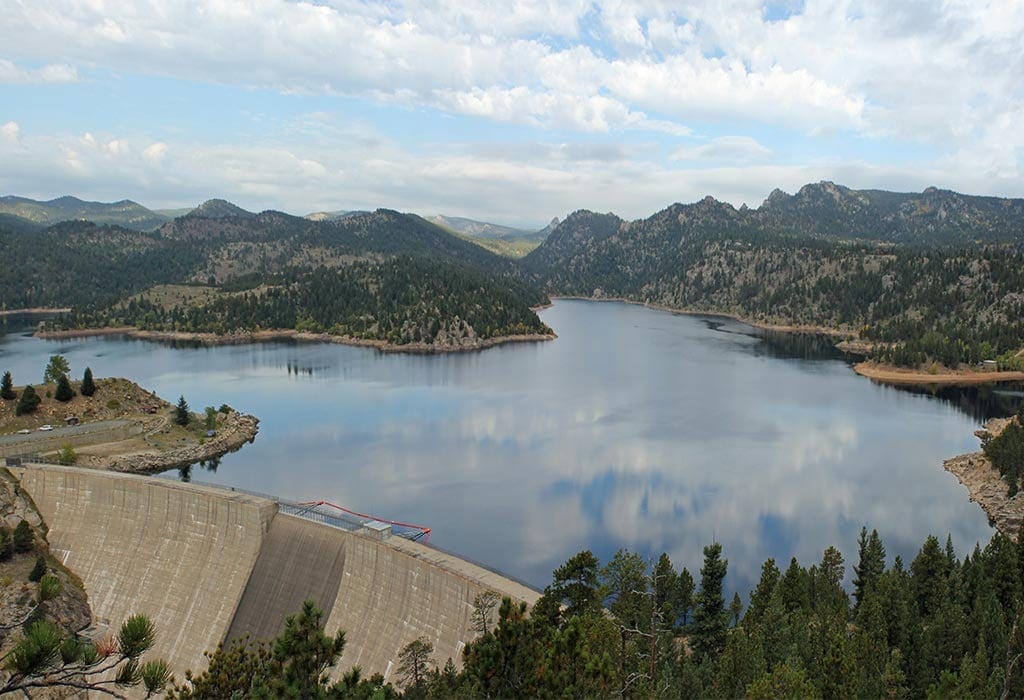