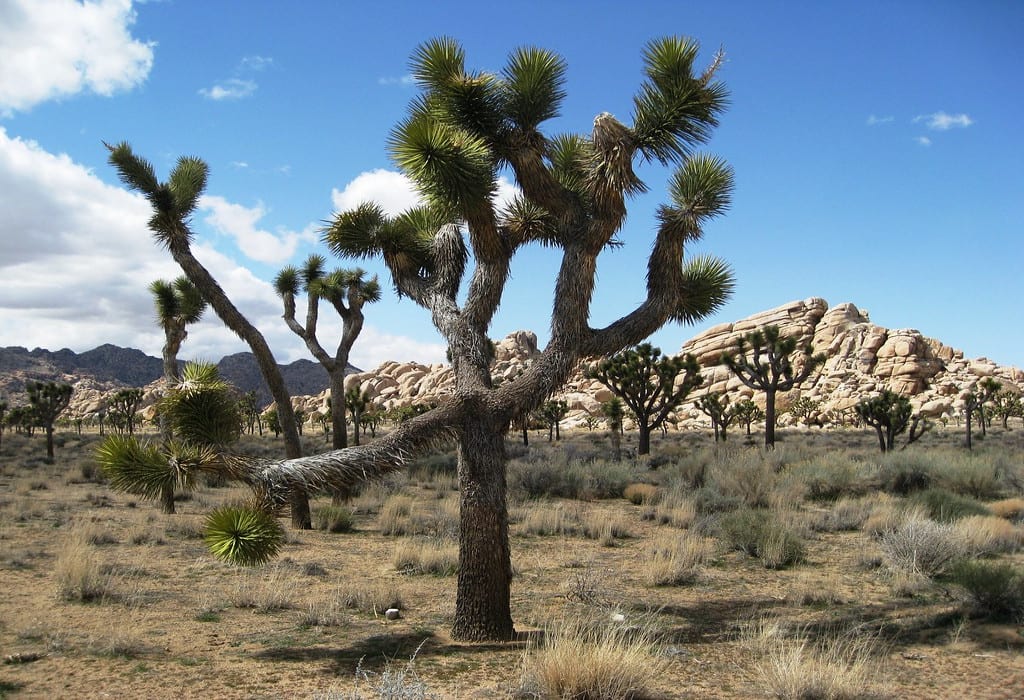 By challenging the U.S. Fish and Wildlife Service’s decision to deny the Joshua tree federal protection as a threatened species under the Endangered Species Act, Guardians is fighting to ensure this icon of the Mojave desert doesn’t disappear from its namesake National Park by century’s end.

In reaching its decision not to list the Joshua tree as a “threatened” species, the Service failed to employ the “best available science” standard — ignoring multiple studies showing up to 90 percent of the tree’s range will likely become unsuitable in the foreseeable future without rapid action to abate climate change.  Though they are long-lived, hardy desert plants, Joshua trees only thrive within a narrow window of environmental conditions.  Increasing temperatures are already causing the species’ range to contract and climate modelling shows this loss could get significantly worse over the next few decades.  The proliferation of highly flammable non-native grasses, coupled with a warmer and drier climate, is also fueling more frequent and far more intense wildfires that the Joshua tree and its surrounding desert ecosystems cannot withstand.