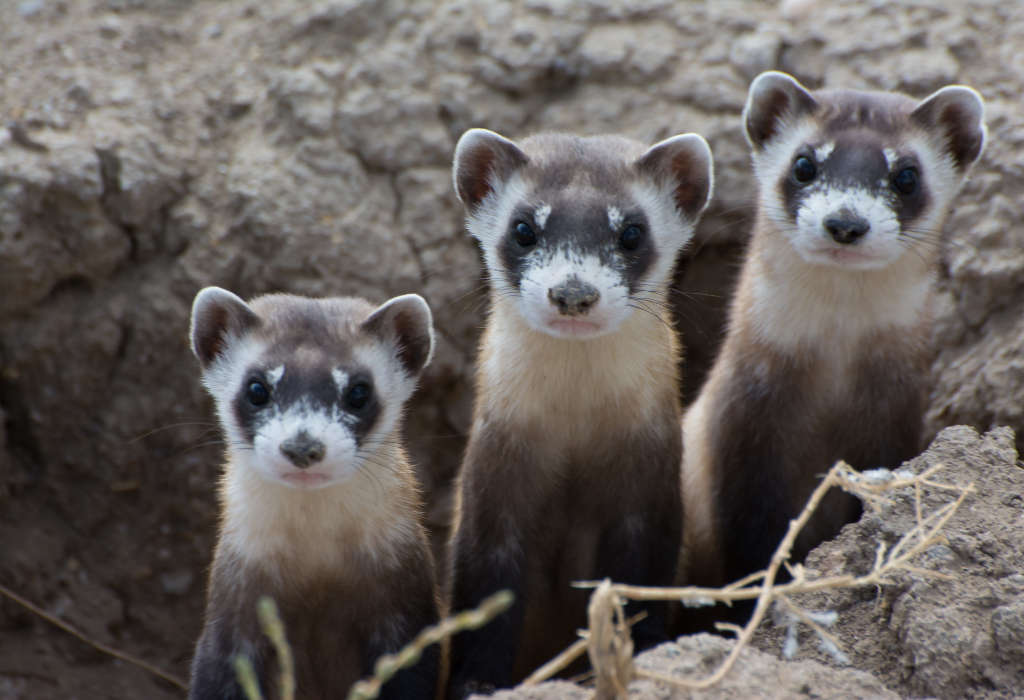 Wildlife
WildEarth Guardians, Western Watersheds Project, and Rocky Mountain Wild filed a lawsuit against the U.S. Fish and Wildlife Service (the “Service”) for shirking its legal responsibility to recover endangered black-footed ferrets in Wyoming, thereby violating the Endangered Species Act (ESA). The groups are challenging a 2015 rule issued by the Service that has allowed the State of Wyoming to stall and obstruct ferret reintroductions and recovery everywhere in the state, including on federal public lands; according to estimates, less than 400 ferrets currently exist in the wild throughout the species historic range.

First listed as endangered as part of the “Class of 1967”—one of 78 species including the grizzly bear and manatee to receive pre-ESA protections—the black-footed ferret remains one of the most imperiled mammals in North America. The species was believed to be extinct until 1981, when a ranch dog discovered the last remnant population in Meeteetse, Wyoming. Captive breeding of these last ferrets prevented the species from going extinct, and recovery now depends on successful reintroductions.

Despite the dire status of the species, the Service in 2015 issued what is known as a “10j rule” in Wyoming, a name derived from a provision of the ESA meant to facilitate reintroductions of threatened and endangered species by relaxing some of the Act’s protections for reintroduced populations. But, the Wyoming 10j rule provides for no specific reintroductions and unlawfully cedes the Service’s authority for ferret recovery to the State of Wyoming, essentially washing the federal government’s hands of any obligation to act in the best interest of black-footed ferret recovery.