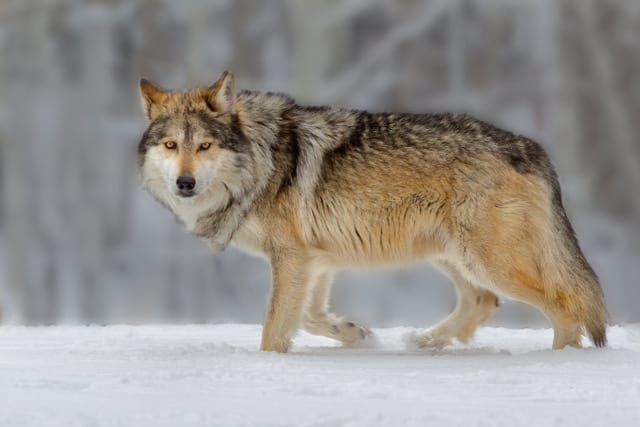 When I awoke in the darkness, the first thing I felt was the soreness in my quads and calves. I wasn’t sure if it was the muscle pain or the hunger pains that had woken me. Maybe it was something else entirely—something stirring outside my tent.

That’s what it was—a sound. Not just any sound, but a sound I’d never heard before. At first, it was indiscernible. After a moment, it was unmistakable. Almost like a song. One voice, then two… then three… then, an entire chorus.

I tried to focus, but my damn sleeping bag was making all those crinkly sounds as I tried to settle my body into a comfortable position. When I was finally still, the singing grew clearer—not just the sound, but the echo as well. The echo of wolves—howling in some place that seemed, at once, both far away and very near.

It was the fifth, and last, night of our backpack into the Gila Wilderness. I had been longing to hear those sounds for many years and perhaps, in my wishful greed, to catch a sight of the wolves themselves. My only regret from that night is that I didn’t wake my wife, Terry. But if you knew her particular relationship with sleep, you’d understand. 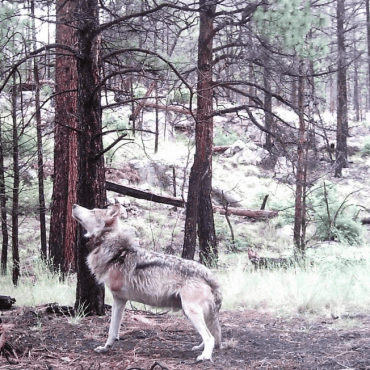 I was saddened because I knew both the alpha female and alpha male of that pack only had three legs. Each victims of human cruelty—in one case, a gun shot wound.  In the other, a steel trap.

Nevertheless, these incredible animals persisted and persevered for nearly a decade. They successfully raised wolf pups in the wild canyons, pine forests and remote grasslands within and on the edge of the Gila—America’s first wilderness.

In a sense, those of us who care about protecting these wolves are working with one of our legs missing as well.

Seemingly every day over the last four years, the Trump administration has systematically dismantled the environmental safety net. Regardless of who is elected in November, we will be working at a greater disadvantage than we were just four years ago.

We also can each learn something else from the Middle Fork wolves.  It’s that there is strength in numbers and that we are more resilient when we look after every member of our pack. There’s likely no way a three-legged wolf could survive on its own, but working together they overcame significant obstacles.

When I think about how many Guardians there are in the world—and by that I simply mean compassionate people who protect the vulnerable—I am heartened by people’s commitment.  But I am also aware that we are simply not enough people. We need more Guardians. I want every one of you reading these words to reach out to people you are not convinced share our value of protecting the vulnerable.

You may ask “why?” It’s because there is so much more at stake. It’s not just environmental protection that is being eviscerated, it is democracy itself.

But if we are to ultimately persevere in our quest, whatever it may be, we cannot focus only on the injuries from the past. I can’t imagine the Middle Fork wolves spent a moment in self-pity about their wounds. What propelled them forward was a fierce clarity about their purpose of protecting their pack. What will propel us forward is a compelling vision for the future. A key part of that vision is the recognition that we all share more in common than we usually think.

By focusing on what we have in common, rather than our differences, we can increase the size of our pack. In doing so, we will increase our political power and our ability to advocate on the behalf of the Middle Fork pack and the natural world in general. Doing this will require expanding our circle of compassion.

Though the Middle Fork Pack sadly no longer endures, I hope their story becomes a part of your story about how we can be more resilient during these uncertain times. Let their story remind us that, with perseverance, we can overcome great obstacles.

Let us remind ourselves that we are members of a pack with room to grow, both in numbers and compassion. With that unified purpose, we will find strength and comfort, from ourselves and from each other, and together we will accomplish great things.