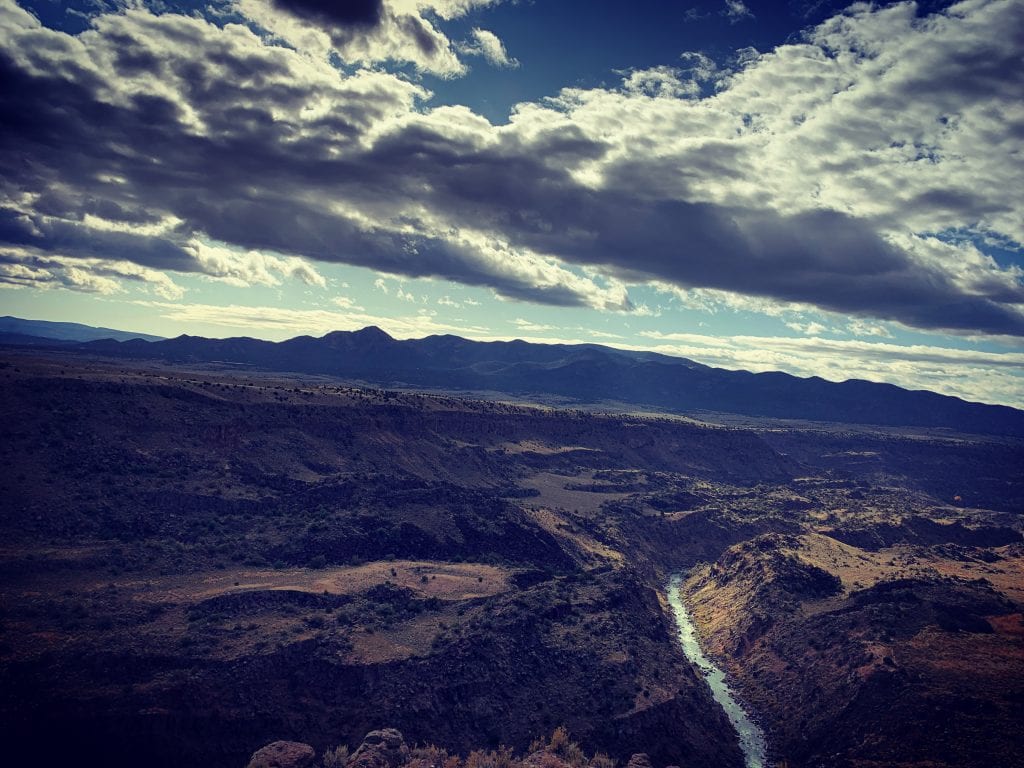 “To live past the end of your myth is a perilous thing.”
– Anne Carson

I can’t help but steal the epigraph from Greg Grandin’s new book The End of the Myth (2019) to roll us into this week’s post. Award winning Canadian essayist and poet Anne Carson hits the mother of the All-American nail on the head with this quote, as if tolling the bell for the exceptionalism-fueled frontierism that has been propelling us deeper and deeper into denial and factionalism for decades, centuries even.

Last week we exchanged niceties with Turner’s Frontier Thesis. This week we’re going to accept Grandin’s premise, that we’ve reached the end of the “Western” frontier, and all the mythologies that have been buoyed up by it since the birth of this country. But instead of speculating about the further division and fear that has been wrought by this expiration of false frontier narratives, as Grandin does, I’d like to think instead about what this national “turning inward” could mean for large landscape conservation. If the duality of the emergent and constraining properties of the idea of the frontier were entirely a product of the American imagination, how can we harness the power of that social construction and use it now as the foundation for a new way of being together, with each other and with the world of wild around us.

But first, after last week’s ramble, I realized I’d failed to engage in one of the most important processes taught to me as a former student of linguistic anthropology: define your terms! Typically, I start by consulting my 1984 edition of the Compact Oxford English Dictionary, Volume I, A-O. (The “compactness of this set of two 10 pound tomes that require a magnifying glass to read each entry continues to elude me.) I then researched any etymological historical essays that had been published regarding the word “frontier.” Both exercises proved to be fruitful and further fodder for my hypothesis of “reimagining the frontier for good.”

So now you know, I’m a word nerd. Judge me as you will. But stick with me here, friends. For, as the persecuted early 20th century Russian philosopher Mikhail Bakhtin noted, “The word in language is half someone else’s.” In other words (no pun intended), each word carries a whole history of meaning that has preceded its current use. But it also holds a whole future potential of individual intention and expression. Each word undergoes a small metamorphosis with each new utterance.

The other fascinating piece of etymological history came from a JSTOR (which is generously offering FREE access right now because of COVID, check it out!) April 1948 edition of Agricultural History in an article by Fulmer Mood (no joke, that’s his name) titled, “Notes on the History of the Word Frontier.” Besides some amusingly anachronistic quotes from stodgy 19th century college presidents re: frontierism, my big takeaway was that the word frontier didn’t start to appear in popular vocabulary reference manuals with consistency until the 1920s and 30s, which is more than a few decades past when “the West was being won.” Not unlike the critique issued by Bernard DeVoto that was referenced in last week’s post, it seems likely that the idea of “the frontier” was a retrospective, romantic, myth-making device used to refashion American history in a way that justified bad behavior and rapacious appetites. But the word should not be discarded and its meaning written off as antediluvian.

Russian philosophy and out-dated academic publications aside, what I propose is that we take what the OED lists as the second definition of “frontier” as a verb: 1. To be a frontier, or as a frontier; to border on or upon, and 2. To look upon the frontier, boundary, or coast of; to face, and declare ourselves Frontierspeople. Let us rally around bold initiatives like Campaign for Nature’s 30X30 (sign the petition!), which insists that we must conserve 30% of our global lands and seas by 2030 in order to sustain life on Earth, including human life. Or Senator Tom Udall (NM) and Senator Michael Bennet’s (CO) 30X30 Resolution, which essentially sets a similar goal but focuses on US large landscape conservation. And support WildEarth Guardian’s Wild Places program, with campaigns like Rewild Lands and Waters, that endeavors to create healthy lands and waters for all the communities that depend upon them. We are actively frontiering. We are looking upon the frontier, facing the boundary of the human experience. And we are choosing a new way of defining ourselves, one that reckons with our dark past of settler colonialism, our self-entitled, self-interested exceptionalism, our inexcusable domination and oppression of the Other, in all its human and more-than-human incarnations. And now we reimagine the frontier of our own obligations, to one another and to our world, and we plant ourselves firmly on the side of responsible stewards of the land and advocates for health, for our environment, our community and the dynamic, coexistent relationship between the two.