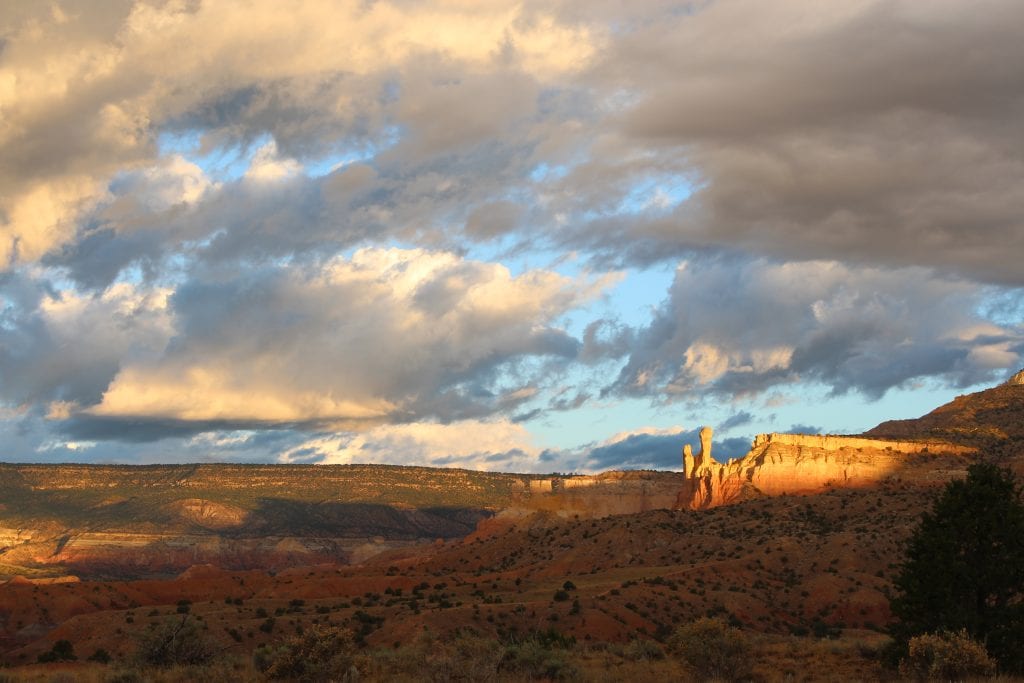 Conservation in the West, Pandemics, and a Remaking of National Mythologies

Alright, loyal readership (of my imagination, for can there be such a thing as a loyal audience after only three blog posts?), we’re swerving this week due to an unanticipated diversion that has led me down what seems to be an endless rabbit hole of explication, criticism, and critique of all things related to the Western Frontier in American history.

It all started with a paragraph out of Curt Meine’s biography of Aldo Leopold. Aldo Leopold (1887-1948), for those not familiar with the name, is widely considered to be the father of wildlife conservation in America. (If you’re looking for an introduction to Leopold, this essay is stupendous). He was one of the earliest champions of the American wilderness movement, and he developed many of his core tenets of wildlife ecology here in New Mexico in what we now know as the Gila National Forest and the Gila Wilderness.

Leopold’s understanding of the complexity, fragility, resilience, and beauty of natural systems was profoundly nuanced and shrewdly considered, even by today’s standards. His proposed “land ethic.” wherein, put simply, we all strive to care more deeply about the land, about people, and about the ways the two are interconnected, could serve as a righteous foundation to build new, more harmonious ways of being in relationship to our world, for those of us who lack an inherited alternative. In our Greater Gila campaign, we imagine mobilizing Leopold’s urgency for a shared moral responsibility to the land and all its inhabitants, human and more-than-human, in the creation of a new kind of large landscape conservation. And what more perfect place to implement this new model than in the wild spaces that inspired Leopold’s original philosophizing.

So I’ve been reading Meine and Leopold as they relate to our campaign (and my own beliefs about conservation). And then Meine took me to post-WWII America. In chapter 20, “A Portent of a Different Future (1945-1947)” (a title for the current moment, no?), Meine describes the climate of the conservation movement as it grappled with the new threat posed by nuclear weapons, and the fervor to reinvigorate a war-ravaged nation. It was an historical moment rife with the potential to reimagine a national identity. Not so unlike the moment we find ourselves in now. The paragraph from this chapter that most rattled me, though, was the one that pointed to Leopold’s concern over issues related to livestock, lumber, oil, and mining interests that were attempting to capitalize on the post-war atmosphere by wresting control of federal lands in the West, and transferring them to the less heavily regulated state governments. The goal was unhindered extraction and exploitation, not so dissimilar to the agenda of folks like Clivan and Amon Bundy today (perhaps fodder for another blog post). And certainly not beyond the scope of what might be suggested by certain private interest groups to assist the process of post-pandemic economic resuscitation. But this is not the way forward. We must remain vigilant, as citizens, as conservationists, as Leopoldian stewards of the land, and insist that our future be one that is revolutionarily inclusive, undeniably equitable, and creative of the conditions necessary for all life to thrive.

From the post-war reflections, Miene’s bibliography directed me to a series of essays published in Harper’s Magazine from 1935-1955 in a column titled “The Easy Chair” by Bernard DeVoto, who was also critical of the way resources were being managed across the West. DeVoto referred to the West as “a plundered province,” and provided an astute revisionist’s history of how the West was actually won. All this criticism of one of America’s most sacred narratives of unchartered frontiers, rugged individualist pioneers, and, of course, freedom, put DeVoto on an FBI watch list. The perceived danger of this “radical” position made me think more deeply about the myth of the frontier, which, not surprisingly has been the subject of copious amounts of critical thought, PhD theses, poems, songs, works of art, you name it.

Frederick Jackson Turner’s Frontier Thesis serves as the hub around which so much of this ideological storm revolves. Which made me ask, what is the idea of the frontier for? What symbolic weight does it hold in the American imagination? And can we, as conservationists, reform and redeploy this image in a way that directs the power of our post-pandemic future into a New West of honored landscapes, respected and diverse peoples, and harmonious coexistence? We are on the threshold of a new frontier. It’s a frontier that does not exist in outer space nor in cyberspace. What I propose is that we Westerners (and I use that word in its global sense as well as its national geographic sense), remake the mythology of the frontier, and as the inhabitants of its birthplace, insist on a new story of creative conservation, inclusive community, and a humanity that extends beyond our own human self-interests. It is our imperative as guardians of our home. I think we’re up for the challenge.