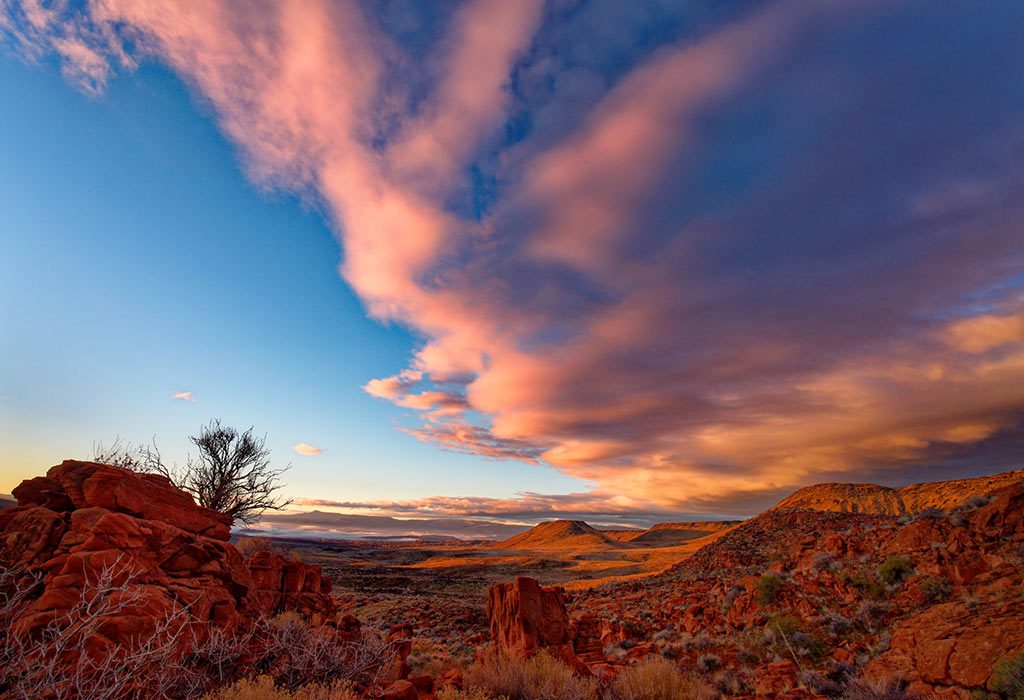 Highway construction is the antithesis of conservation

The Utah Department of Transportation (UDOT) wants to build a new four-lane highway through imperiled desert tortoise habitat outside St. George. And so far, the Bureau of Land Management (BLM) has been okay with that.

Days before leaving office, the Trump administration granted UDOT a right-of-way for the Northern Corridor Highway through Red Cliffs National Conservation Area—designated by Congress in 2009 to conserve and protect the plants and wildlife that live in this transition zone, where the Mojave Desert, Great Basin, and Colorado Plateau converge. Unusual plant and animal species have evolved in this area, including the dwarf bear poppy and Shivwits milkvetch—native plants that grow nowhere else on Earth. Red Cliffs is also a stronghold of the Mojave desert tortoise, a species whose population has significantly declined despite being listed as threatened under the Endangered Species Act since 1990.

A new four-lane highway thwarts the very purpose of the national conservation area designation: conservation and preservation of the Mojave desert tortoise and other desert species. BLM must not abandon its obligation to preserve these public lands, especially since the agency’s environmental analysis offered two viable alternatives that impacted the local environment less, were better at alleviating traffic congestion, and were either equal in cost to or cheaper to construct than the four-lane highway.

In June, Guardians and our conservation allies sued BLM for failing to uphold its conservation obligations. Meanwhile, construction hasn’t started on the highway and BLM can still fix this grave mistake.

Speak up and urge BLM Deputy Director Culver to uphold the agency’s obligation to preserve the Red Cliffs by withdrawing the Northern Corridor Highway right-of-way.