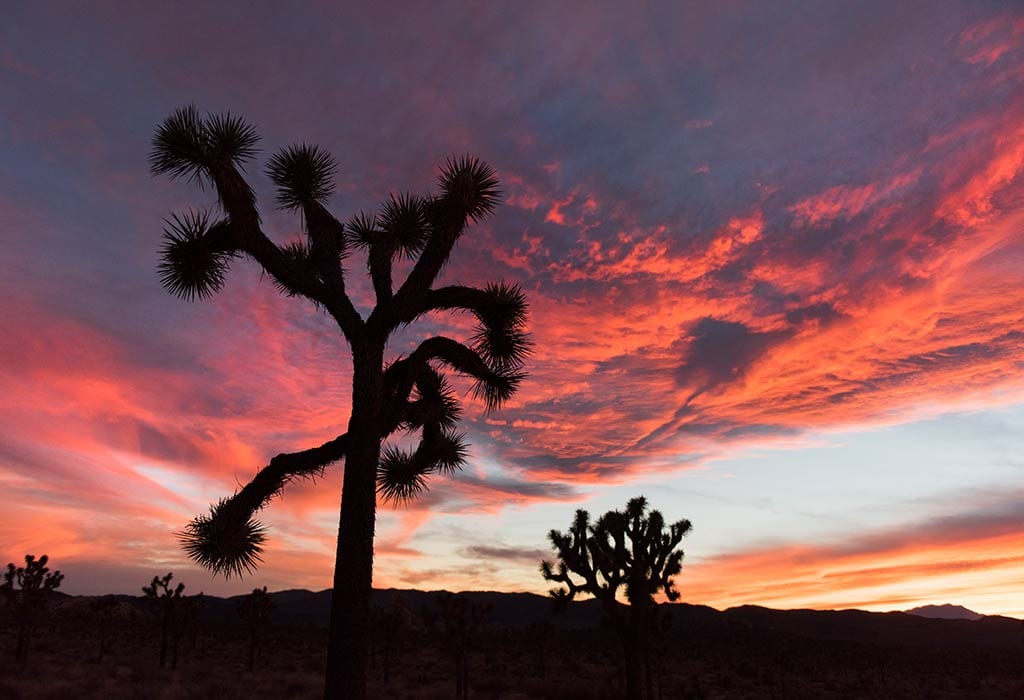 When the very icons and namesakes that define America’s national parks can no longer survive, we have a problem that should alarm everyone

After gearing up for the culmination of Guardians’ nearly two-year long court battle to secure federal Endangered Species Act (ESA) protections for the imperiled Joshua tree—an August 2 hearing before Judge Otis D. Wright, II of the Central District of California—my brain is teeming with factoids about these beloved plants and the perils so many Mojave Desert dwellers face.

The combined threats of climate change, invasive grass-fueled wildfires, human expansion, and habitat degradation have already reduced the richness of the region’s biodiversity by about fifty percent over the last century. Striking losses of bird communities are increasingly evident. Recent studies describe mass die-offs of other regionally endemic plants from prolonged droughts. Records from Twentynine Palms weather station show that not only have average daytime temperatures already increased 2° F over the last 40 years, but nighttime lows in the area are nearly 8° above average—so even if precipitation levels don’t decline (though they already have) the evaporation rate is much higher so less water actually reaches the desert floor to get soaked up by native plants. Graveyards of charred Joshua trees now blanket the Mojave National Preserve after 2020’s Dome fire swept through and destroyed an estimated 1.3 million of these majestic desert icons. And for the past two consecutive years, summertime temps have reached a mind-numbing 130° F.

Desert ecologists believe that many Joshua trees are now living in an environment that is no longer conducive to replacing themselves—older trees in hotter and drier portions of the Mojave are dying off and researchers aren’t finding any baby trees in those areas to replace them. But even aside from the lack of new, young Joshua trees in much of the southern Mojave, every peer-reviewed study to model future climate impacts to this species agrees that most of their current range will be rendered climatically unsuitable by the end of the 21st century under the most likely greenhouse gas emissions scenarios—including nearly the complete extirpation of Joshua trees from their own namesake, Joshua Tree National Park. 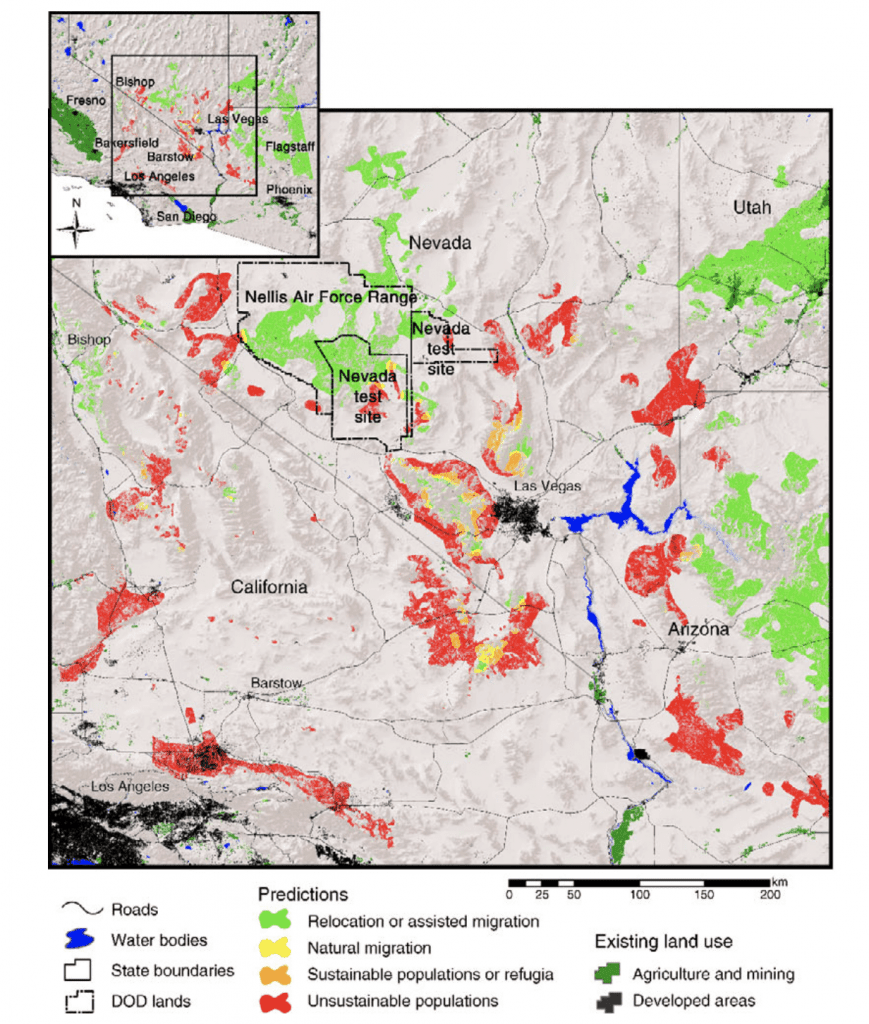 In other words, all the available scientific evidence points in one direction: Joshua trees will be in danger of extinction throughout most of their current range by century’s end. This dismal projection need only be “likely” for Joshua trees to meet the ESA’s definition of a “threatened” species and be entitled to the Act’s broad federal protections. Indeed, this whole concept of protecting threatened species (as opposed to only those that are already “endangered” with the risk of imminent extinction) reflects what our federal courts have dubbed the ESA’s policy of “institutionalized caution”—to conserve species before they’re conclusively headed for extinction.

Sadly, the U.S. Fish & Wildlife Service chose to deliberately ignore a wealth of science showing the Mojave will undergo truly profound transformations in the coming decades. Instead, the agency summarily concluded that Joshua trees are long-lived, hardy desert plants distributed over broad geographic areas so that must mean they’ll be able to weather climate change and various other combined stressors.

Given just how blatant the agency’s conscious disregard of the available science was, I shouldn’t have been surprised when Judge Wright suggested at the outset of our hearing two weeks ago that Guardians’ position was more reasonable than the government’s. In fact, Judge Wright indicated that the clarity of Guardians’ legal arguments and the record science obviated the need for any additional oral argument from me (lead counsel). He asked only one question to defendants: would USFWS consider redoing its decision not to list the Joshua tree? Alas, the government’s attorney responded with a strident “NO.” So while we’re disappointed with the Biden administration’s refusal to voluntarily walk away from this terrible Trump-era listing decision, we’re left at least feeling optimistic that the Court will now wade past all USFWS’s pleas for deference, its unsupported assertions and selective cherry-picking of the record evidence, and force the government’s hand at a better decision.

We know Joshua trees are long-lived plants that have evolved to withstand harsh desert conditions, but living on the edge of what is already one of the most extreme environments is precisely why this species is so vulnerable to further rising temperatures, prolonged droughts, and uncharacteristically severe fires. We also know that the ESA isn’t the legal mechanism to solve climate change. But it can give climate threatened species like the Joshua tree a fighting chance.

If listed, USFWS would be required under the Act to develop a “recovery plan” and formally designate “critical habitat” for the Joshua tree. In this case, that would likely necessitate protecting higher elevation areas that climate modeling experts predict will have the right temperatures and precipitation levels in the future for Joshua trees to successfully reproduce and survive. But these areas (see all that land depicted in green on the map above) are far too distant for these stationary plants and their sole obligate pollinator (a Yucca moth that can only fly a few hundred feet at best) to migrate to on their own, before their current habitat is lost. So, in all likelihood, Joshua trees will need a recovery plan that involves human assisted migration to persist beyond the 21st century. It’ll also likely necessitate increased efforts to combat invasive grasses that are fueling so many devastating fires in this region.

Those are the efforts USFWS should be devoting its limited resources to—not litigating its deeply flawed listing decision. Here’s to hoping a favorable court decision will now drive the Joshua tree’s preservation. In the meantime, please take action and urge the Biden administration to protect Joshua trees.