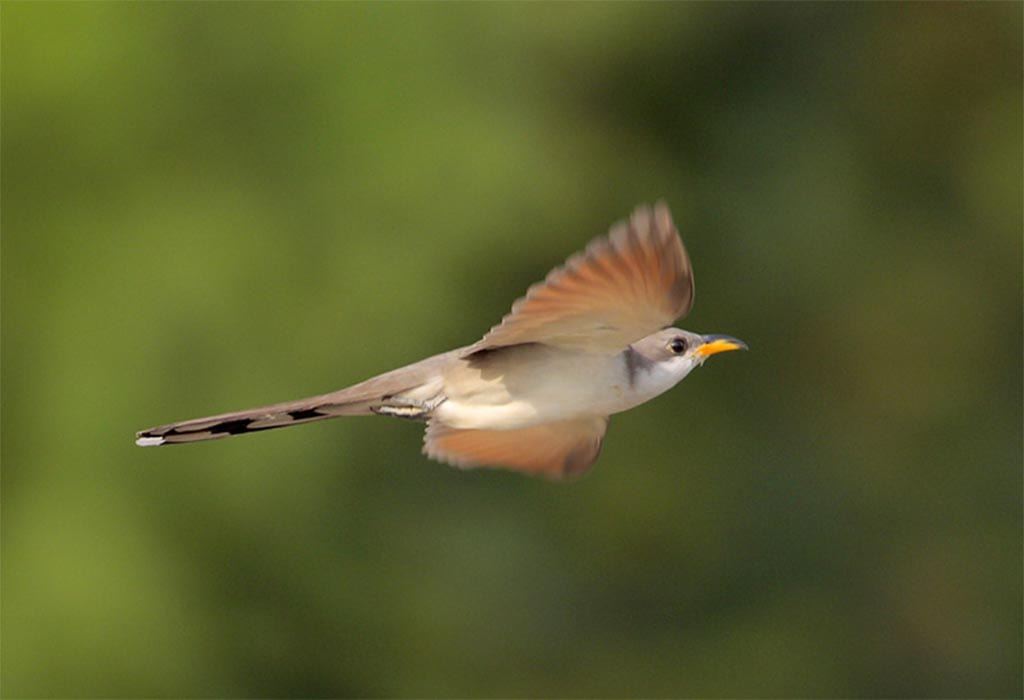 In an effort to protect living rivers and stop extinction, WildEarth Guardians submitted comments on the U.S. Fish and Wildlife Service’s latest attempt to limit habitat protections for the western yellow-billed cuckoo. On February 27, 2020, the Service released its revised critical habitat designation for the cuckoo, which dropped 30 percent of the habitat included in the original rule it proposed in 2014 and also identified vast exclusions for consideration especially in states like Colorado, Nevada, Wyoming and Texas, where populations are in greatest danger of disappearing.

The western yellow-billed cuckoo is a migratory bird that travels between its wintering grounds in South and Central America and its breeding grounds in the United States and Mexico. Cuckoo populations have declined drastically since the early 1900s due to habitat loss and modification. They were once found throughout the West from Canada to Mexico, but now are restricted to a few isolated breeding populations in California, Arizona, Colorado, Idaho, New Mexico, and possibly Nevada. The Rio Grande in central New Mexico is home to the largest breeding group of yellow-billed cuckoos north of Mexico. As a result of the species decline, the cuckoo was listed as a “threatened” species under the Endangered Species Act on October 3, 2014. This critical habitat designation is the next step in ensuring the survival and recovery of the species.

“This is a shady attempt to backpedal on the original proposal for critical habitat,” said Jen Pelz, Rio Grande Waterkeeper and director of the rivers program at WildEarth Guardians. “The yellow-billed cuckoo is an iconic bird of western rivers, and protecting their habitat would protect healthy watersheds and clean water; too bad the Trump administration isn’t interested in things like that.”