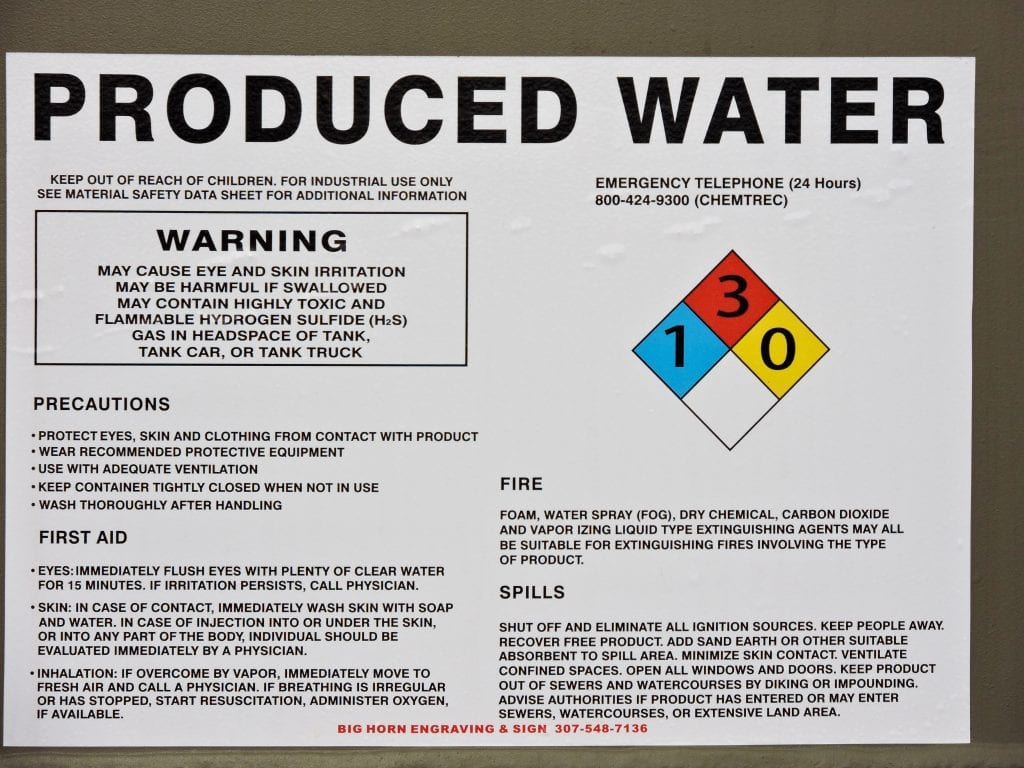 WildEarth Guardians has called on New Mexico regulators to suspend the development of new rules regarding the handling, transport, and use of the oil and gas industry’s toxic fracking waste, citing a lack of any health or environmental safeguards. Specifically, we’ve called on the New Mexico Oil Conservation Commission to reject a request from the New Mexico Oil Conservation Division to amend regulations governing the oil and gas industry’s “produced water.”

Far from water, the term “produced water” refers to fluids created during hydraulic fracturing and oil and gas production. These fluids contain heavy metals, salts, radioactive substances, and other chemicals. This “water” is so contaminated that it can’t be treated to be made safe or healthy. While the proposed rules claim to protect health and the environment, they would impose no actual standards or criteria to ensure any degree of real protection for peoples’ health and the environment. The proposed regulations even presume that oil and gas companies will be allowed to discharge and dump their “produced water” onto land and into streams.

“Under the guise of protecting health and safety, New Mexico’s regulators are actually easing oversight of the oil and gas industry’s toxic waste,” said Jeremy Nichols, Climate and Energy Program Director for WildEarth Guardians. “These new rules stand to leave New Mexico more vulnerable than ever to the dangers of fracking’s toxic, untreatable waste.”

TAKE ACTION! Raise your voice to support our efforts to protect clean water, public health and the environment.