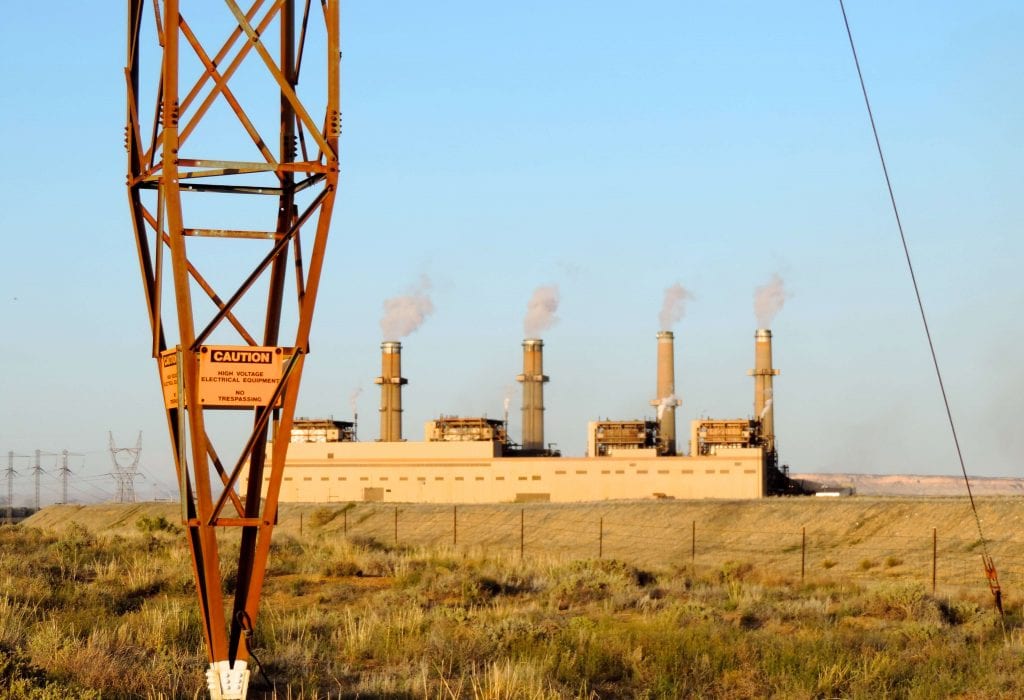 Bailout for San Juan Coal Mine a Bad Deal For Americans 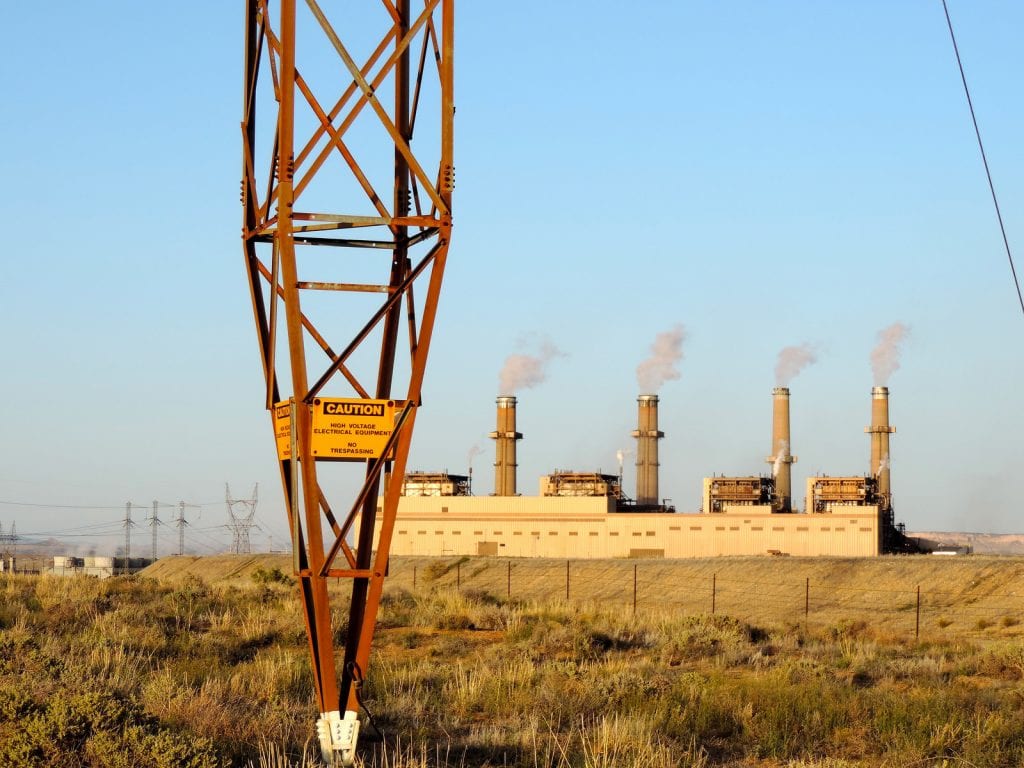 Last week, the U.S. Office of Surface Mining held a series of public meetings feigning efforts to give the public an opportunity to voice their concerns over a plan to keep the San Juan Mine open until 2033, even though it’s only customer, the San Juan Generating Station is set to shutter by 2022.

WildEarth Guardians attended the meetings and issued a press statement with our allies regarding the administration’s complete disregard of public input and environmental justice.

And if you haven’t yet, send a letter today demanding that the Trump Administration stop kowtowing to dying coal companies and instead actually help communities. 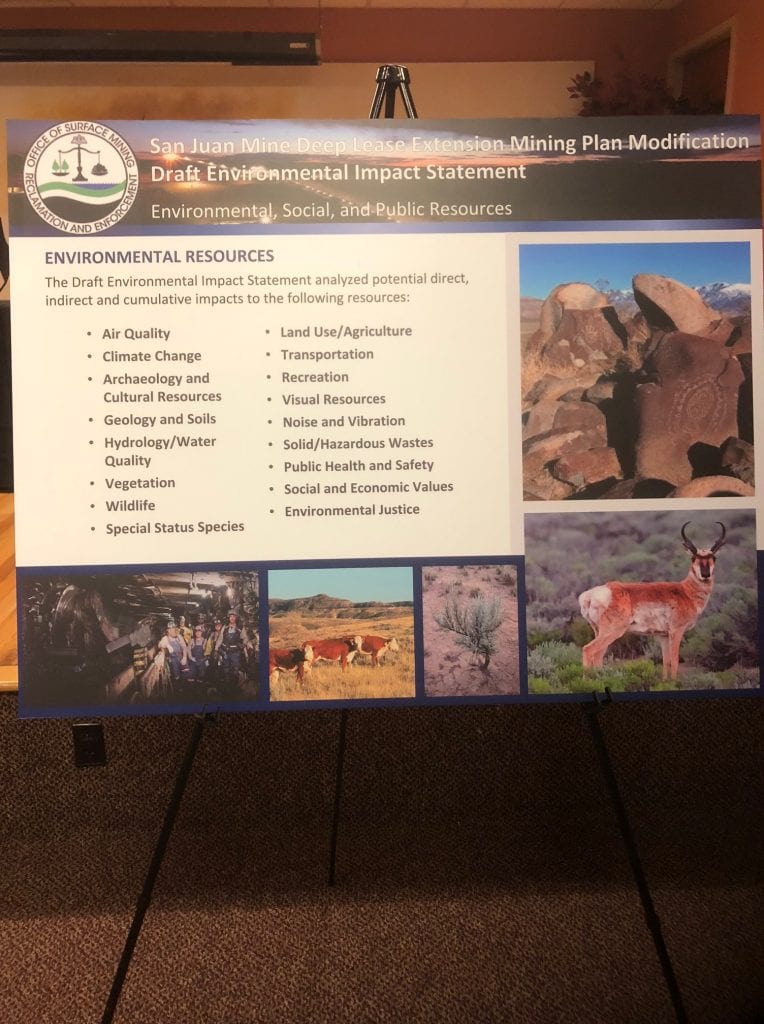 One of the information posters at the public meeting, meant to fraction conversation around the issues and avoid criticism of expanding coal operations.

We know well – coal is crashing, and there are many causes for its demise.

Depressed global demand for coal has driven down prices and hurt producer profits, while the cost of coal fails to compete with cheaper sources of energy, especially renewables.

While utilities are increasingly seeing the writing on the wall, particularly in the American West, the Trump Administration is attempting to throw a lifeline to coal mining companies.

The absurdity of the Administration’s attempts to bail out coal could not be more extreme than at the San Juan coal mine. Its owner, Westmoreland Coal Company, is on the brink of bankruptcy and has already said it intends to shutter the mine in 2022 when its only customer, the San Juan Generating Station, shuts down.

In spite of this, the Office of Surface Mining wants to approve an expansion of the San Juan mine that would ostensibly keep it operating until 2033.

But the approval would be a sham. There is no mining that would occur after 2033. It’s as if the Trump Administration is so desperate to keep the coal industry alive that they’re just pretending at this point.

Unfortunately, pretending to keep the San Juan mine open beyond 2022 is not only a waste of taxpayer dollars, it’s a slap in the face to the workers and communities who could actually benefit from the Office of Surface Mining’s expertise and resources as they transition away from dependence on coal.

As one person commented,  “I feel like it is the opposite of what should be done – we should be subsidizing renewable energy and job training for solar and wind power.”

For one, nobody with any decisionmaking authority actually bothered to show up to listen to the public.  Here, while the Office of Surface Mining is preparing its review, the U.S. Department of the Interior actually makes the decisions. Nobody from Interior cared to showed up at last week’s meeting, something WildEarth Guardians flagged as deeply troubling.

For another, there was no space to engage in any public discussion of the issues with the Office of Surface Mining. The meeting rooms were set up to disenfranchise and avoid the public, not engage with us.

Not only that, but the agency officials in attendance wouldn’t even take the time to listen and record public comment. Instead, one had to provide comment to a court reporter aside from the main meeting room. It was a humiliating way to provide an opportunity for the public to speak.

Can you imagine if your City Council or County Commission refused to listen to your comments and instead had you speak your mind to a court reporter? That’s not democracy, that’s disenfranchisement. 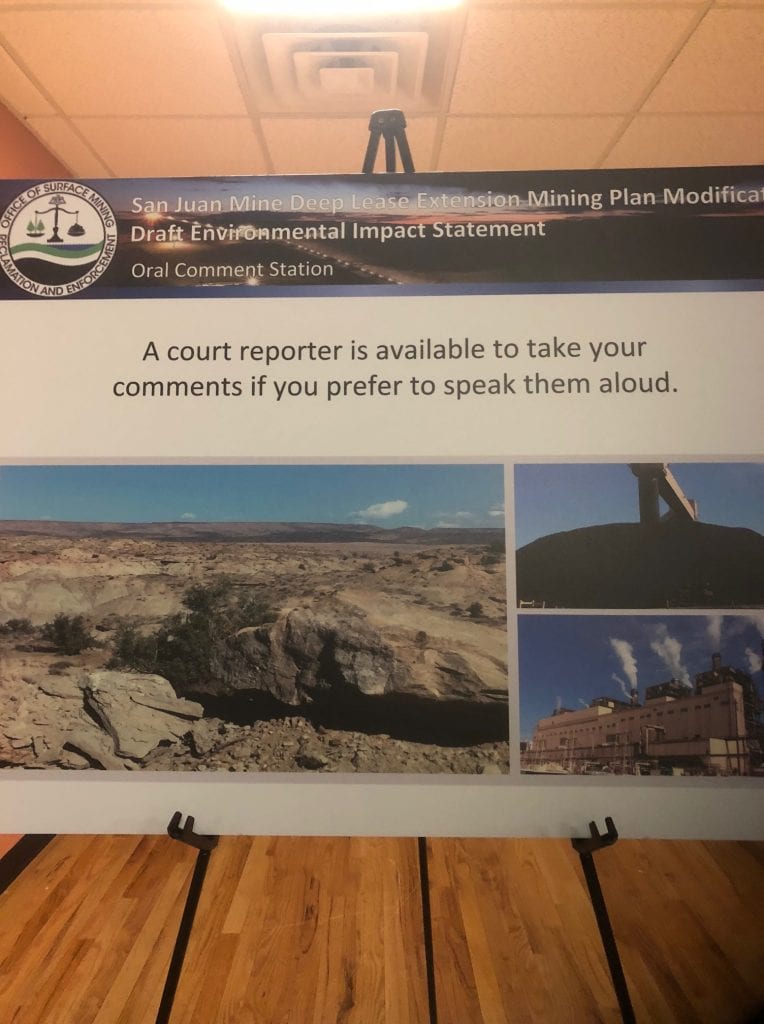 The “public comment” space disenfranchises attendees and avoids discussion by forcing comment to be written or provided individually to a court reporter in the corner of the room.

Overall, the meetings were less an opportunity for the public to be heard and more about the Office of Surface Mining foisting its already-made decision on Americans. More than one attendee commented at how slanted and biased the forums were. 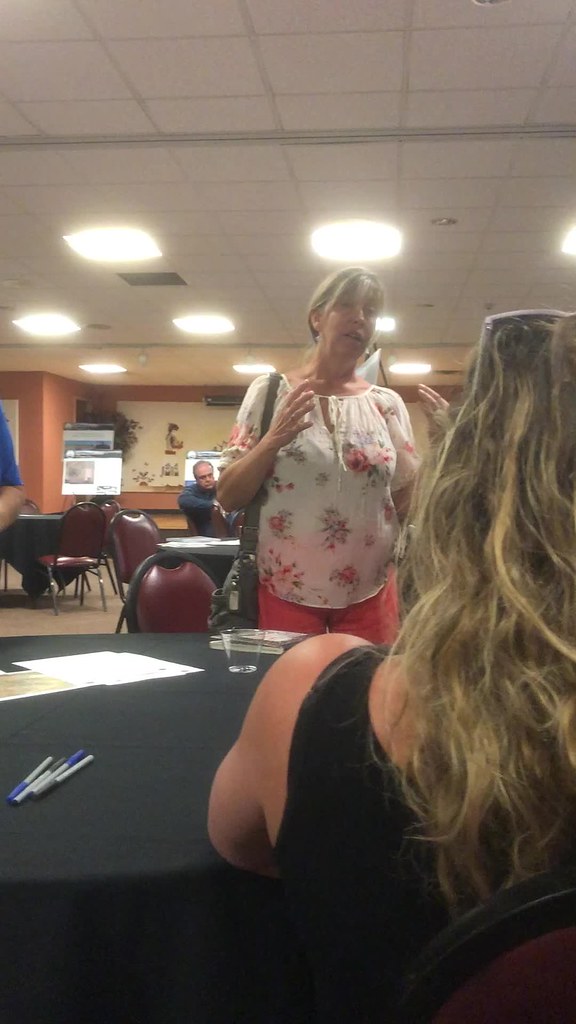 In spite of these challenges, we’re pushing back and gearing up to hit the Office of Surface Mining hard over their failure to help communities and workers transition from coal. Instead of rubberstamping coal mining that won’t happen, we’re calling on the agency to:

The Office of Surface Mining is accepting written public comments on its review until July 9, 2018. If you haven’t yet, send a letter today and join us in calling for Just Transition. 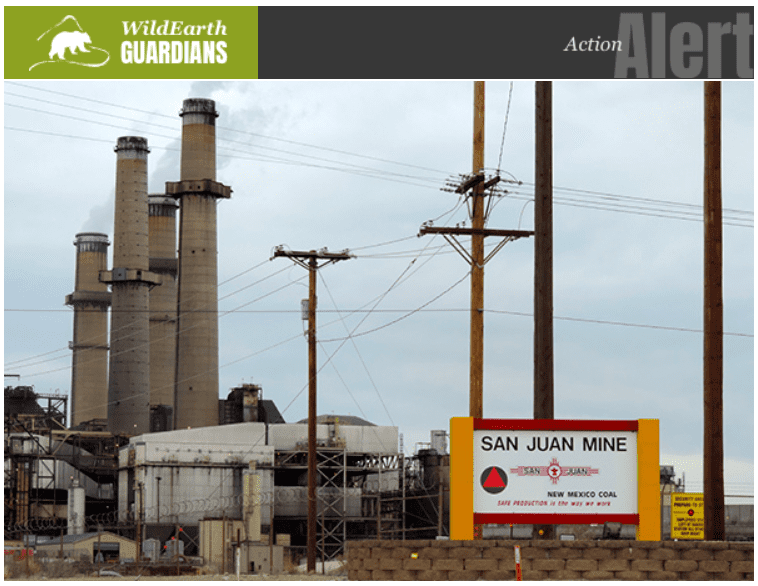 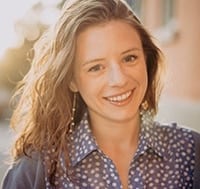