The U.S. Forest Service is using the threat of wildfire to log mature and old growth trees and forests and further harm threatened grizzly bears

“Today’s decision by the U.S. Forest Service authorizing the Black Ram Project on the Kootenai National Forest in northwest Montana illustrates why WildEarth Guardians is calling for a major shift in national wildfire policy.

Under the guise of reducing fire risk, the agency plans to effectively clearcut over 2,000 acres and log an additional 579 acres of old-growth forests in the heart of the Yaak Valley, home to the imperiled Cabinet-Yaak grizzly bear population.

Not only will today’s decision further hinder grizzly bear recovery, it shows the U.S. Forest Service is completely ignoring President Biden’s Earth Day Executive Order that recognizes the need to protect mature and old growth forests for their ability to store carbon and serve a climate crisis solution.

By authorizing the Black Ram Project, the Forest Service demonstrates it is acting as a rogue agency, using the threat of wildfire to log mature and old growth trees and forests, and further harm threatened grizzly bears in an area where 20-30 bears are struggling to survive. Opening and expanding an already bloated road system on the Kootenai National Forest, in addition to logging thousands of acres, shows exactly what the agency means when it falsely claims to be restoring forests. President Biden and Congress need to enact a moratorium on all logging of mature and old-growth trees and forest, and thoroughly investigate how the Forest Service is using wildfire as an excuse for broadscale, industrial logging and road building.” 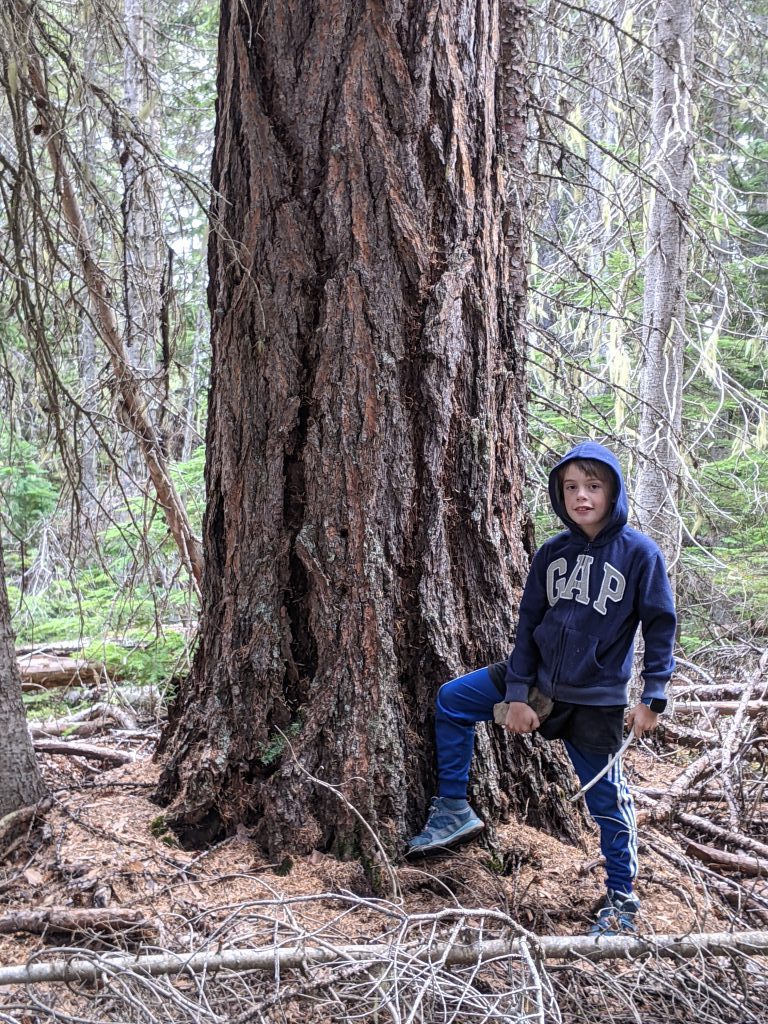 Logging unit 72 of the Black Ram Project on the Kootenai National Forest in Montana. Photo by Adam Rissien, WildEarth Guardians.