Wildlife   Coyote, Gray wolf
#DefendCarnivores, #EndTheWarOnWildlife
TUCSON, Ariz. – In a formal “similarity of appearance” Endangered Species Act petition filed today, fourteen conservation groups are urging the U.S. Fish and Wildlife Service to provide better federal protection for Mexican gray wolves by listing its look-alike species, the coyote, within the wolves’ recovery area. Illegal wolf killing is the leading cause of death for Mexican gray wolves, and the similarity of appearance with coyotes is a common excuse for wolves being unlawfully killed.

“If people are going to confuse Mexican wolves for coyotes, then it makes sense to stop killing coyotes in the areas where wolves are recovering,” said Greta Anderson, deputy director of Western Watersheds Project. “Our petition demonstrates that even professional wildlife agents can’t seem to tell wolves and coyotes apart, and if it’s that hard to really distinguish between the species, both should be protected by the Endangered Species Act for the sake of the rare Mexican wolf.”

“Illegal mortality is the leading cause of death for Mexican wolves, and research shows that undetected wolf deaths are likely as high or higher than known wolf poaching.  Outlawing coyote killing in occupied wolf habitat in Arizona and New Mexico would be a simple and effective solution to the poaching problem,” said David Parsons, former coordinator of the Mexican wolf recovery program. “If the Service won’t prosecute people for mistakenly killing wolves, making it illegal to kill coyotes should substantially reduce Lobo mortalities.”

Today’s petition includes evidence that numerous Mexican wolves have been killed by people who believed, or claim to have believed, they were killing a coyote. This misidentification invokes a Department of Justice practice known as the “McKittrick policy” that effectively protects the killers from prosecution because it requires the government to prove that the defendants knew they were killing an endangered species when they pulled the trigger.

“Arizona and New Mexico don’t do nearly enough to regulate coyote killing in ways that would protect Mexican gray wolves. In New Mexico, coyotes can be killed year-round without even so much as a hunting license,” said Chris Smith, southwest wildlife advocate for WildEarth Guardians. “With such lax oversight and regulations, it’s no wonder that imperiled and iconic wolves end up in the crosshairs.”

“The government should do everything it can to protect endangered Mexican gray wolves, and this listing would be a key step,” said Michael Robinson, a senior conservation advocate at the Center for Biological Diversity. “It’s an outrage that merely saying ‘I thought it was a coyote’ serves as a get-out-of-jail-free card for anyone who shoots one of these highly imperiled animals.”

The full text of the petition is available online here, with exhibits available here. 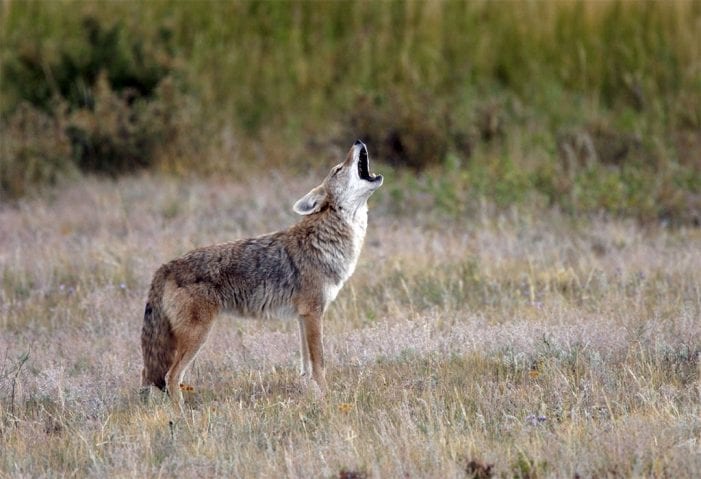