Rivers
#LivingRivers, #RethinkRivers, #RioGrande
ALBUQUERQUE, N.M.–The Natural Resource Conservation Service this week released its stream flow forecast for the Rio Grande Basin in 2019. The Service estimates streamflow at 73 percent of average at the Otowi Gauge in northern New Mexico, which is a significant increase from the 2018 forecast of 24 percent.

“Notwithstanding the snow on the ground and in the mountains this winter, rivers and their ecosystems will continue to be stressed in 2019,” said Jen Pelz, Wild Rivers Program Director at WildEarth Guardians and Rio Grande Waterkeeper. “Entering the irrigation season with almost no water in our reservoirs means that everyone will be looking primarily to our rivers to satisfy their water needs.” 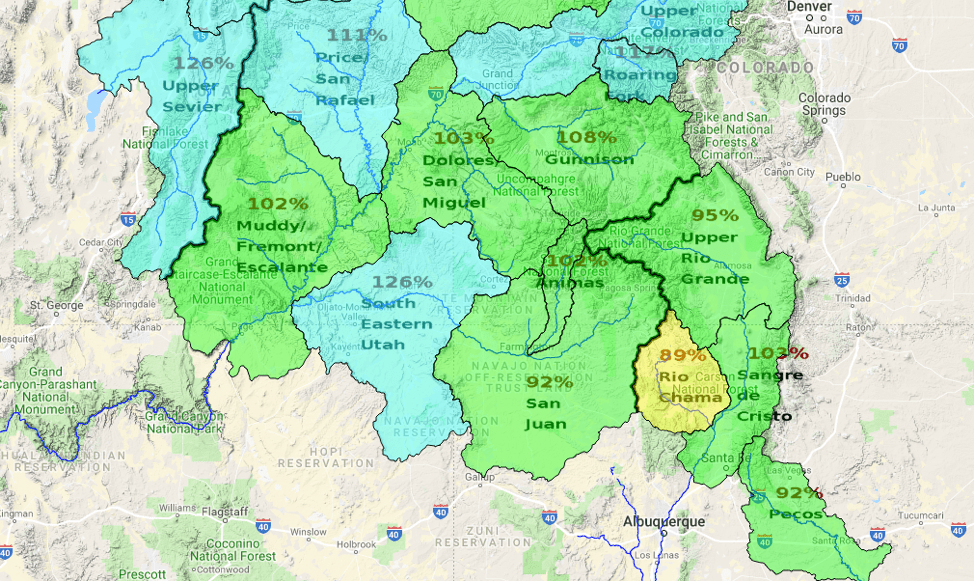 However, while streamflow and snowpack are up, it’s not all good news for the Rio Grande. Reservoir levels in the basin are extremely low. Reclamation’s summary of reservoir storage shows the five main storage reservoirs on the Rio Grande and the Rio Chama—Heron, El Vado, Abiquiu, Elephant Butte, and Caballo—starting the year with 38% of the storage they had last year, which is just 15% of the average storage from 1981-2010. 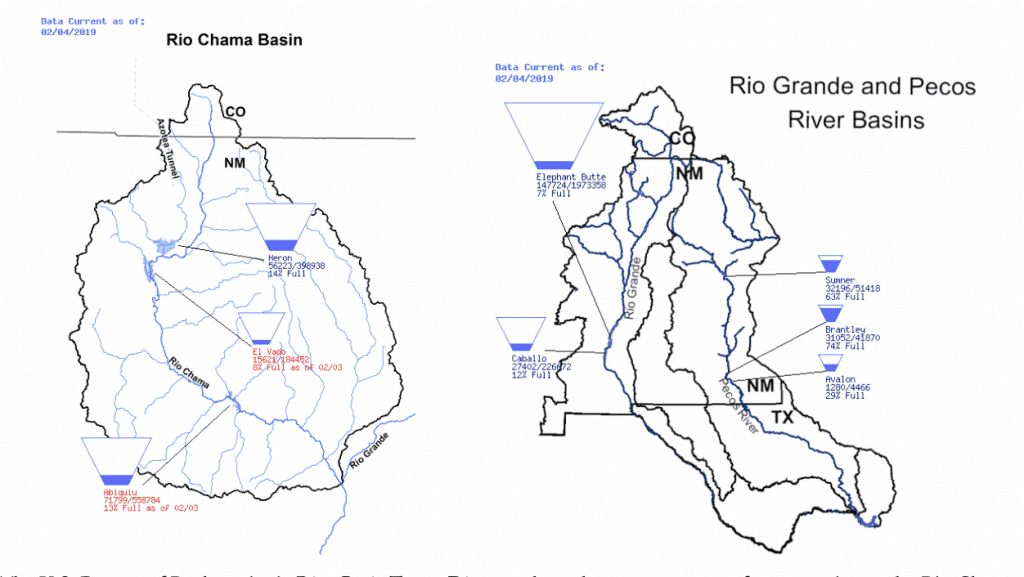 Currently 313,000 acre-feet of water total is stored in these five reservoirs as compared to the 830,200 acre-feet of water stored at the start of last year. An acre-foot is the amount of water it takes to cover a football field in one foot of water and is enough to supply water to a family of four for one year.

As an added burden, the water in the basin—whether it’s melting out of the mountains, in rivers, or in storage—is disappearing due to increased temperatures resulting from climate change. A 2013 Reclamation study found that flows in the Rio Grande will decrease overall by about one-third by 2100. Impacts of these decreases will be most severe in southern New Mexico—predicted up to 50 percent reduction in flows. Rio Grande climate impacts were the worst projected in the entire United States.

“For far too long, the water management strategy in New Mexico has been if there is water, consume it, every last drop,” added Pelz. “This is not a sustainable path forward for New Mexico rivers, communities, or the economy. As a basin, we need to start living within the river’s means.”