“On top of a heap of scientific literature, we once again see immense public support for real lobo recovery. That means allowing wolves to re-establish throughout their historic range, rescuing them from genetic crisis, and designating them as essential,” said Chris Smith, southwest wildlife advocate for WildEarth Guardians. “For the American public and for wolves, U.S. Fish and Wildlife needs to get it right this time.”

The comments demonstrate a large majority support for USFWS shifting focus toward measurable, science-based objectives to support the long-term conservation of Mexican wolves rather than short-term (and short-sighted) steps that will be inadequate to ensure recovery. In addition, polling shows more than two-thirds of voters in Arizona and New Mexico support wolf reintroduction, reflected in comments from diverse stakeholders.

“Americans again voiced overwhelming support for science-based recovery of the iconic Mexican gray wolf. It is well past time for the Fish and Wildlife Service to listen. It is time for the symbol of the Southwest to once again roam free,” said Patricia Estrella, New Mexico representative for Defenders of Wildlife.

“Mexican wolves cannot afford another weak ineffective rule that ignores the best science. Wolves need to be allowed to disperse and thrive and play their truly essential role in our southwestern wildlands, said Sandy Bahr, chapter director for Sierra Club’s Grand Canyon (Arizona) Chapter. “The US Fish and Wildlife Service must fulfill its responsibility to these endangered animals and come back with a rule that will ensure healthy, sustainable populations of Mexican wolves.”

“If it fails the science test, it fails the Lobo,” said Maggie Howell, the Wolf Conservation Center executive director. “That’s why the American public is saying loud and clear that they expect USFWS to follow the best available science to ensure that the Mexican gray wolf remains a living, breathing part of the southwestern landscape.”

USFWS tried to make changes to the “10(j) Management Rule” in 2015 (Endangered and Threatened Wildlife and Plants; Revision to the Regulations for the Nonessential Experimental Population of the Mexican Wolf ; Federal Register/Vol. 80, No. 11/Friday, January 16, 2015, pp.2512-2567). However, the changes they proposed were woefully inadequate. As a result, conservation organizations immediately sued USFWS for not fulfilling their obligation to bring Mexican gray wolves back to a healthy wild population. The court agreed with the groups; U.S. District Court Judge Jennifer Zipps came back with an order for the USFWS to redo the process of changing the management rule and this time include correct interpretations of the best available science.

Once again, the USFWS has failed to follow the court order and the science in their proposed 10(j) Rule, and again, scientists, conservation organizations, and concerned members of the public have emphasized that Mexican gray wolves do not have the luxury of time in their race against extinction. Therefore, USFWS cannot delay taking the necessary steps to ensure their recovery any longer.

“The keys to Mexican wolf recovery are well understood: reduce anthropogenic mortality and increase genetic diversity,” said Michelle Lute, PhD in human-wolf coexistence and national carnivore conservation manager for Project Coyote. “USFWS has yet to demonstrate capacity or willingness to meet their recovery duties. Proactive actions like releasing bonded mates with pups and reforming livestock husbandry practices are essential to recovery of this essential lobo population.”

A timeline was set by Judge Zipps, stating her concern for an immediate need of changes to be implemented for the survival of the species. Her timeline requires an Environmental Impact Statement, sufficient public review, and a Final Rule to be completed by July 1, 2022.

Background on Mexican Gray Wolves: The lobo, or Mexican gray wolf, is the smallest, most genetically distinct, and one of the rarest subspecies of gray wolf. They were listed under the Endangered Species Act in 1976, but recovery efforts have suffered without implementation of recovery actions recommended by wildlife advocates.

Mexican wolves are at tremendous risk due to their small population size, limited gene pool, threats from trapping, and illegal killings. As of the last official count in 2020, there are 186 known Mexican gray wolves in the wild in the U.S. More at www.mexicanwolves.org. 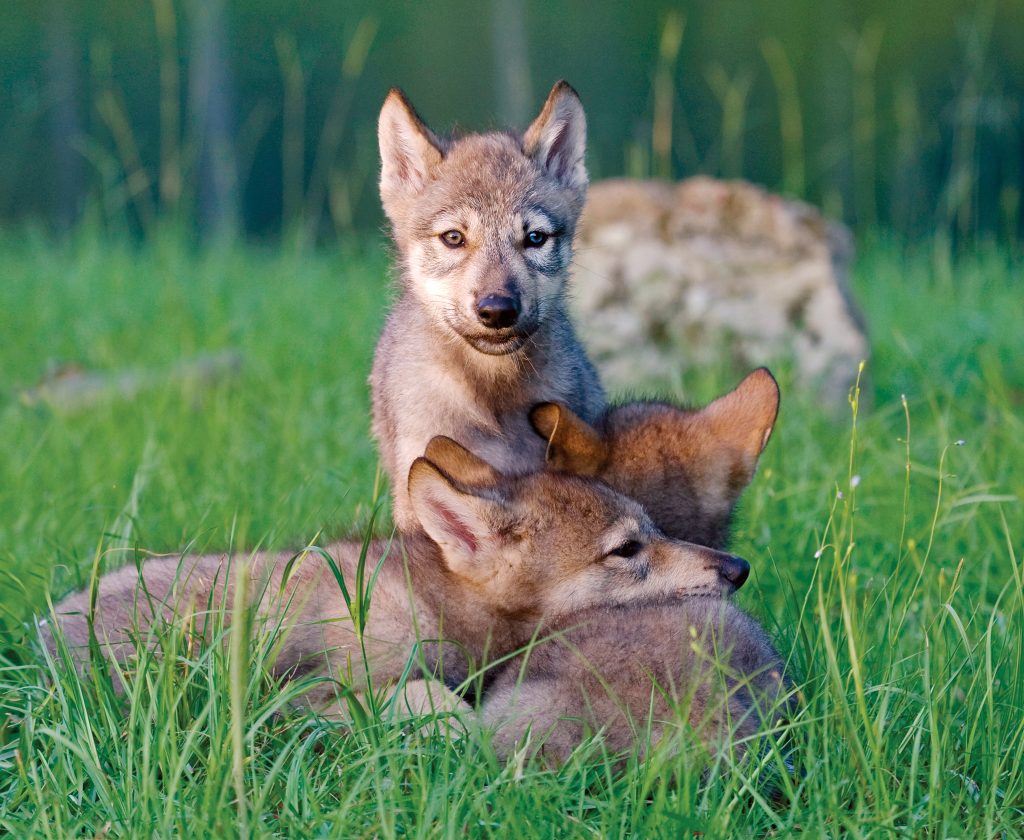 Mexican gray wolves are among the most endangered carnivores in the world. Photo by Ray Rafiti.