Agreement highlights the importance of a strong Endangered Species Act, strong National Environmental Policy Act, and the ability of citizens to hold their government accountable

Public Lands, Wildlife   Mexican spotted owl
#EndangeredSpeciesAct, #ForceForNature, #PressStatement, #ProtectWhatYouLove, #StopExtinction
SANTE FE, NEW MEXICO—WildEarth Guardians, the U.S. Forest Service, and the U.S. Fish and Wildlife Service reached an agreement (here and here) to resolve a major legal dispute over threatened Mexican spotted owls and national forest protection in New Mexico and Arizona. A federal court issued an injunction on tree cutting on national forests in the Southwest that has been in place since September 2019. The injunction came in response to a lawsuit, originally filed in 2013 by WildEarth Guardians.

The agreement requires the U.S. Forest Service to comply with the Endangered Species Act by conducting annual Mexican spotted owl population trend monitoring through 2025, the key legal dispute at issue and the legal basis for the federal judge’s order that the agency had violated the Act.

“This agreement provides a framework for the Forest Service to better protect national forests and Mexican spotted owls,” said John Horning, Executive Director of WildEarth Guardians. “By agreeing to rigorously monitor species and track habitats, this management framework could be a national model for the Forest Service to protect and recover threatened and endangered species.”

The agreement also contemplates that the Forest Service will comply with the requirements of the Fish and Wildlife Service’s spotted owl recovery plan by identifying and protecting owls by surveying for owls prior to ground-disturbing activities and protecting those areas where owls are found and tracking long-term trends in the owl’s habitat. The agreement also establishes a Mexican spotted owl leadership forum, something the agency recently created. The agreement applies to all 11 national forests in Arizona and New Mexico, which cover over 20 million acres.

“WildEarth Guardians has tenaciously fought to protect the Mexican spotted owl and its ancient forest habitat since the mid-1990s, when the species was first recognized as threatened,” said Steve Sugarman, a Guardians founder and the attorney who litigated the case on behalf of WildEarth Guardians. “Hopefully, the comprehensive management framework contemplated by the agreement reached by Guardians and the Forest Service in this case will end the cycle of forest mismanagement and ensuing litigation.”

The agreement to end this litigation on the basis of a mutually agreed to management framework concludes the latest chapter in a 25-year saga over the management of Mexican spotted owls on national forests in the Southwest. During that period, beginning in 1996, the courts have sided with Guardians multiple times in its legal advocacy to assure that the Forest Service accounts for old-growth dependent species in its approach to national forest management in Arizona and New Mexico.

The agreement further requires the Forest Service to assess the effects of timber management activities such as logging, thinning, and prescribed burning on the owls and their habitat. The Forest Service will then use its monitoring data and assessments of effects, along with up-to-date scientific studies, to inform, constrain, and modify ongoing and future timber management in owl habitat.

“We have long contended that the Forest Service’s claims that logging is good for owls is not based on sound science,” stated Judi Brawer, WildEarth Guardians’ Wild Places Program Director. “This agreement requires the agency to finally assess the impacts of its timber management actions and adjust those actions accordingly to ensure that they do not harm the owls or their habitat.”

The parties negotiated the agreement over a six-month period and the ultimate product reflects the efforts of all of the parties to create a new paradigm for forest protection that will ensure that the agency funds, creates, and abides by the latest and best available science.

“The agreement’s greatest significance is that it brings citizens, science, and the law together in the way that the framers of environmental laws intended,” stated Horning “The foundational principle of environmental laws is that citizens uphold the laws. This is the core principle of healthy, functioning, and effective democracy, and one that is currently under direct threat.”

Background: WildEarth Guardians filed the case in March 12, 2013 over the agencies’ failure to ensure the recovery of the owl by collecting basic information, for more than 20 years, about the status of owl populations across the Southwest. In September 2019, a federal district court judge in Arizona ruled that the agencies have shirked their responsibilities to ensure that Forest Service management activities are making progress towards recovery of the Mexican spotted owl. The ruling halted all “timber management actions” on six national forests in New Mexico and Arizona, including all the national forests in New Mexico and the Tonto National Forest in Arizona.

As the September 2019 decision explains, the Forest Service was required to implement a population monitoring protocol for Mexican spotted owl since at least 1996. It was expected that, within 10-15 years, management activities such as logging and prescribed burning that the agencies claimed would improve owl habitat, supported by monitoring that would show the species recovery, would enable its de-listing from the Endangered Species Act. Yet, as the decision stated, “Over twenty years later, delisting has not occurred, and information about the current [Mexican spotted owl] population is still minimal.” 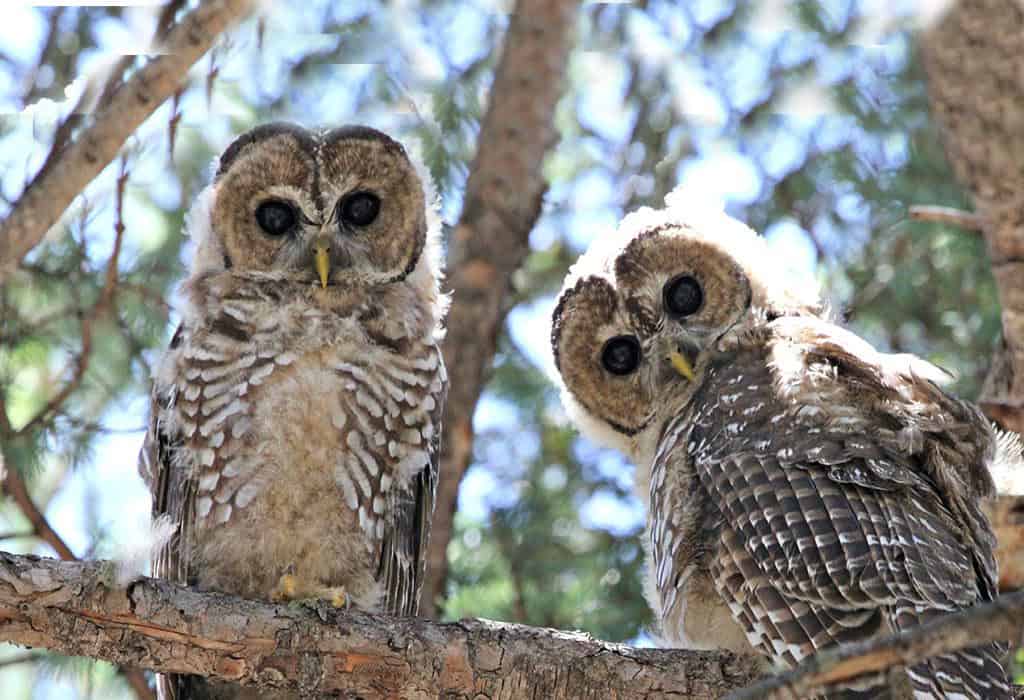 In 1993 the U.S. Fish and Wildlife Service listed the Mexican spotted owl as threatened under the Endangered Species Act. Photo by USFWS.