“Governor Polis and his administration continue to give the oil and gas industry a free pass to pollute in Colorado,” said Jeremy Nichols, Climate and Energy Program Director for WildEarth Guardians.  “It’s high time to hold industry accountable to protecting clean air and to stop letting oil and gas companies pollute with impunity.”

In a lawsuit filed in state court, Guardians targeted the failure of the Colorado Department of Public Health and Environment’s Air Pollution Control Division to issue Terra Energy Partners, also known as TEP, an air pollution permit for the company’s Parachute Wastewater Management Facility.  Located near the town of Parachute in western Colorado, the facility collects and processes liquid waste produced when companies frack for and produce oil and gas.

The Parachute waste facility consists of large ponds where toxic liquid waste is stored and evaporated, dozens of tanks for storing oil and waste, pipelines, and other waste processing equipment.

According to records on file with the Department of Public Health and Environment, the waste facility has the potential to release hundreds of tons of toxic air pollution every year, including more than 150 tons of ozone-forming volatile organic compounds and 120 tons of hazardous air pollutants, including cancer-causing benzene.

Under state and federal clean air laws, major polluters are required to obtain and comply with air pollution operating permits.  By law, the Air Pollution Control Division is required to issue these permits within 18 months of receiving an application.

In this case, the Air Division was required to either approve or deny a permit for TEP’s Parachute waste facility by September 2010.  More than 10 years later, the Division still has not taken action to ensure TEP operates in compliance with clean air laws.

“With the Polis administration shirking its duty to ensure the oil and gas industry complies with our clean air laws, we simply have no choice but to go to court,” said Kate Merlin, Climate and Energy Program Attorney for WildEarth Guardians.  “Permits matter and where the Air Pollution Control Division delays, they’re denying Coloradans the clean air they deserve.”

TEP is currently the largest oil and gas producer in western Colorado and last year was listed as the fourth largest methane emitter in the United States.

“TEP is a massive polluter in Colorado, underscoring the need for the Air Division to take action,” said Nichols.  “The Polis administration has to stop dragging its feet when it comes to holding the oil and gas industry accountable to protecting people and communities.”

Filed in Garfield County District Court, WildEarth Guardians’ lawsuit seeks an order to compel the Air Pollution Control Division to take final action within 90 days.  Guardians has won similar suits against the Polis administration, including one over the Air Division’s delay in updating air pollution permits for the Suncor oil refinery north of Denver. 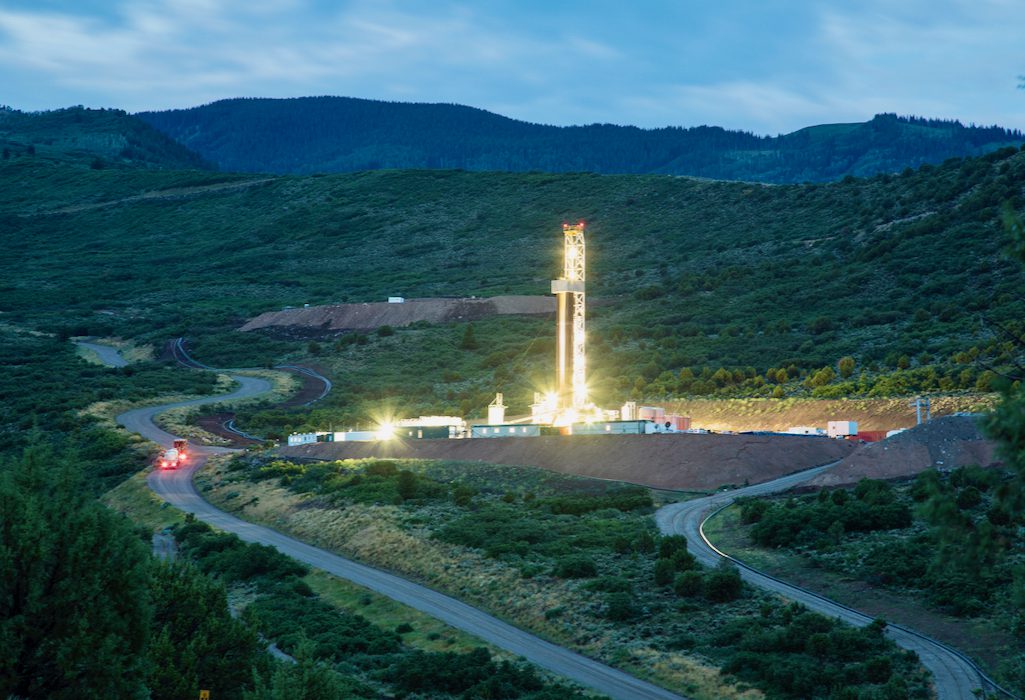 Oil and gas drilling and fracking in western Colorado. Photo by Bob Wick/Bureau of Land Management.