Climate + Energy
#KeepItInTheGround, #PressStatement
DENVER–WildEarth Guardians this week filed its opening salvo in a federal appeal challenging the sale of public lands for fracking in the Permian Basin of southeast New Mexico, part of the world’s largest oil producing region.

“As the Trump administration continues to illegally turn a blind eye to the true costs of selling public lands for fracking, we are stepping up our legal pressure,” said Jeremy Nichols, Climate and Energy Program Director for WildEarth Guardians. “With this latest federal appeal, we’re making clear that we won’t back down until our federal government takes responsibility for following the law, protecting the climate, and defending the public interest.”

In an opening brief filed with the U.S. Court of Appeals for the 10th Circuit in Denver, Guardians challenged the Trump administration’s U.S. Bureau of Land Management’s failure to comply with federal environmental law before selling nearly 70,000 acres of public lands lands for fracking in Eddy, Lea, Chavez, and Roosevelt Counties in southeast New Mexico.

The suit was originally filed in 2019 in the U.S. District Court for the District of New Mexico. The case targeted the failure of the Bureau of Land Management to disclose and address the impacts of fracking to climate, clean air and water, and to public lands around Carlsbad Caverns National Park. In 2020, the District Court ruled against Guardians and upheld the Bureau of Land Management’s sale.

Shortly after, Guardians appealed to the 10th Circuit, calling on the Appeals Court to remand to the District Court and vacate, or overturn, the Bureau’s actions.

Sales of public lands for fracking in southeast New Mexico have fueled an oil and gas boom in the Permian Basin. Spurred by horizontal drilling and hydraulic fracturing, or fracking, the oil and gas industry has transformed the region into the world’s largest oil producer.

There are now more than 50,000 oil and gas wells in the region, which has also turned the region into a massive source of climate pollution.

The Bureau of Land Management estimates oil and gas production just on public lands (which comprises 40% of all oil and gas development in the region) unleashes more than 60.9 million metric tons of climate pollution annually.

According to the U.S. Environmental Protection Agency’s greenhouse gas equivalency calculator, 60.9 million metric tons of carbon equals the amount released in a year by more than 15 coal-fired power plants.

Recent reports indicate that unchecked fracking in the entire Permian Basin will unleash more than 55 billion metric tons of carbon by 2050, exhausting 10% of the global carbon budget needed to limit worldwide average temperature rise to no more than 1.5 degrees Celsius.

“Nowhere is it more important for President-elect Biden to take a stand against selling public lands for fracking than in the Permian Basin of New Mexico,” said Nichols. “We can’t afford the climate destruction being wrought by unchecked oil and gas extraction in this region, we need real federal leadership that takes bold action to confront fossil fuels and rein in greenhouse gas pollution.”

The 10th Circuit Court of Appeals will likely hold a hearing on WildEarth Guardians’ appeal in May 2021 and issue a ruling later in the year. 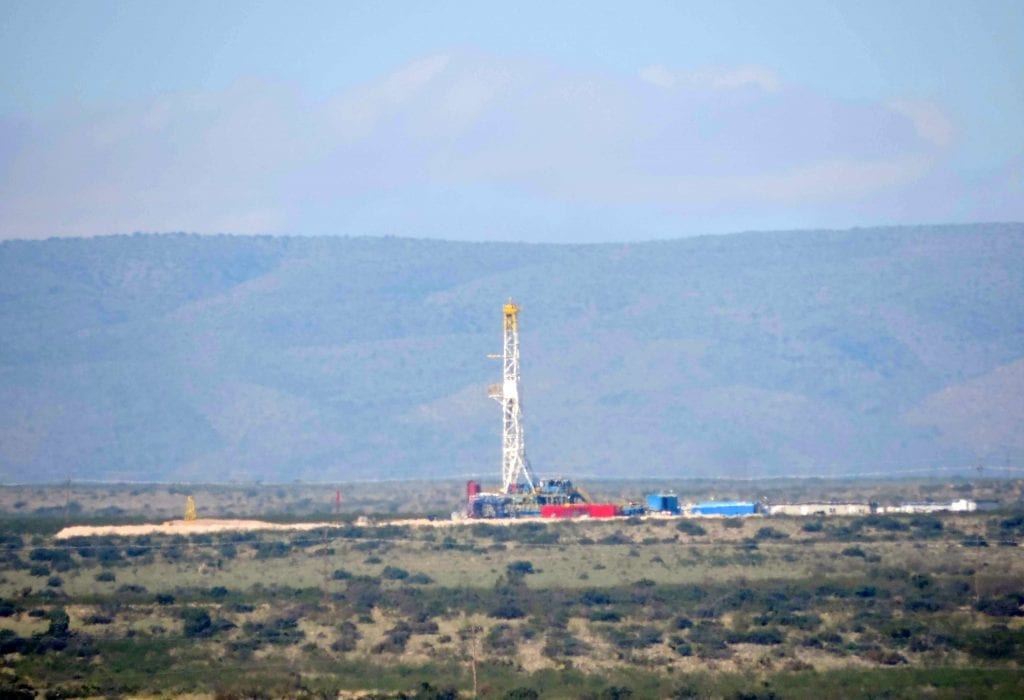 Fracking continues to boom in the Permian Basin of southeast New Mexico.