Public Lands
#ProtectWhatYouLove, #PublicLandsInPublicHands
Deming, NM —A coalition of conservation groups are suing the Bureau of Land Management to reverse the agency’s approval of an extensive mining exploration and development project in the Florida Mountains by American Magnesium, LLC. The lawsuit focuses on violations of the Administrative Procedures Act, Federal Land Management Policy Act, and the National Environmental Policy Act, and asks for full public disclosure of the impacts of the entire mine project. Co-plaintiffs include Friends of the Floridas, New Mexico Wild, WildEarth Guardians, Gila Resources Information Project, and Amigos Bravos. The co-plaintiffs are represented by attorneys with the Western Mining Action Project, New Mexico Wild, and WildEarth Guardians.

The lawsuit, filed today in the District of New Mexico, claims the Bureau of Land Management approved the construction and operation of a dolomite mine in the Florida Mountains, while simultaneously approving the exploration activity required to prove the value of mineral claim in the area. This two-for-one approval violates federal law and Bureau of Land Management regulations and jeopardizes continued preservation of a Wilderness Study Area and various sensitive species.

The suit also contends that the Bureau of Land Management did not fully evaluate all of the environmental issues due to the failure to identify the impacts of ore hauling through residential areas, and the impacts of necessary ore processing activities.

“The Bureau of Land Management’s decision to approve this mining operation shows a blatant disregard for the agency’s own standard procedures and prioritizes industry over community. At the same time, this haphazard approach puts fragile ecosystems at risk and threatens to disrupt the daily lives of nearby residents.” said Logan Glasenapp, Staff Attorney, New Mexico Wild. “New Mexico Wild stands with local community members who are concerned about Bureau of Land Management’s willingness to let American Magnesium proceed with little to no oversight.”

“Luna County residents are asking the Federal Court to set aside the Bureau of Land Management decision on the Dolomite Mine until the community impacts from ore transportation and ore processing are known,” said Wes Light, President, Friends of the Floridas. “The Bureau of Land Management needs to study the entire mine project, not just the quarry where the rock will be removed.”

“Approval of the American Magnesium dolomite mining operation without a valid plan for processing the ore is like green-lighting construction of a bridge to nowhere. We are concerned that the Bureau of Land Management has not adequately evaluated and made public the potential for significant environmental and community impact from the full mine proposal,” explained Allyson Siwik, Executive Director, Gila Resources Information Project.

“Mining activities can have substantial impacts to local communities, wildlife habitat, and water quality. The western landscape, including many places in New Mexico, are already peppered with current and historic mining pollution, due in a large part to lack of adequate planning and oversight,” said Rachel Conn, Projects Director, Amigos Bravos. “The American Magnesium dolomite mine is yet another example of failure by our federal agencies to protect New Mexican communities and places from poorly planned mining operations.”

“The Floridas is a special place to many people and should not be sold off for the profit of a mining company,” stated Leia Barnett, Greater Gila Campaigner for WildEarth Guardians. “The Bureau of Land Management is not listening to the numerous concerned citizens, and instead is plowing ahead with this project without considering the environmental ramifications.”

The Florida Mountains are a 12-mile long mountain range in southern Luna County, about 15 miles southeast of Deming, NM. The area offers exceptional hiking and other recreational opportunities, as well as important archaeological and geological research sites. The Floridas are also home to a Wilderness Study Area, two state parks, and critical ecological corridors and wildlife habitat. The proposed mining project, potentially lasting 20 years, would bring increased industrial traffic through the small town of Deming. Additionally, the environmental and municipal impacts of transporting and processing the ore have not been analyzed, nor publicly disclosed. 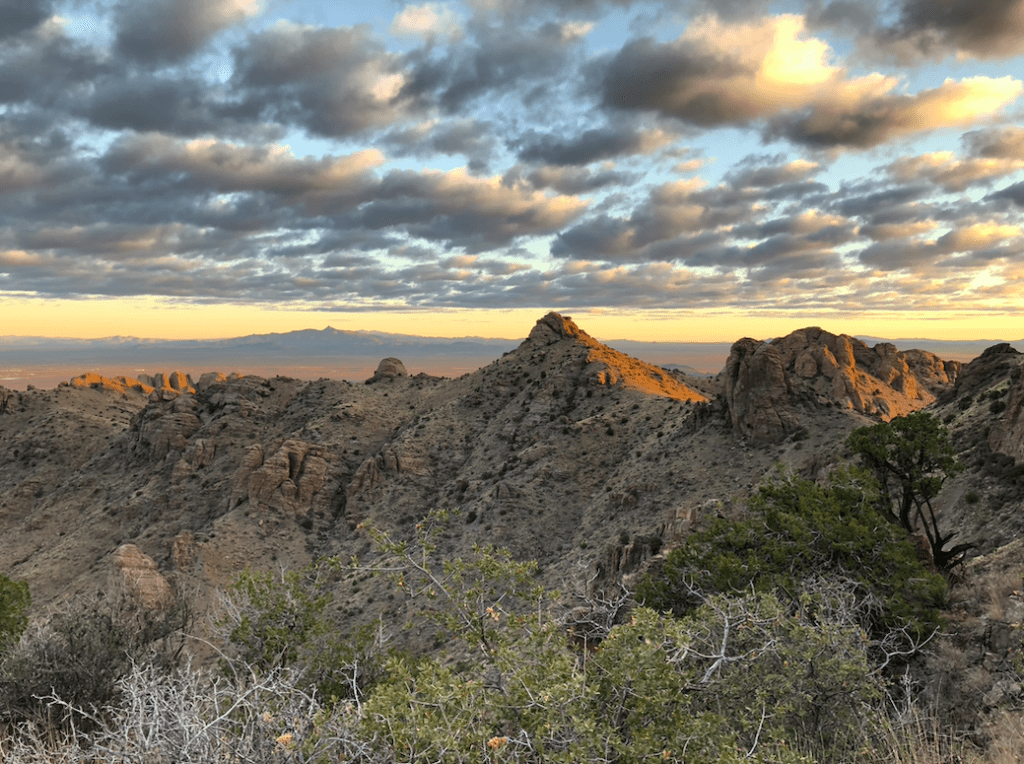