Climate + Energy
#GreaterChaco, #KeepItInTheGround
Counselor, NM — Underscoring the need for urgent landscape protection, on Saturday April 27, members of the State Land Office Chaco Working Group including representatives of the Tri-Chapters of the Navajo Nation and All Pueblo Council of Governors gathered at Counselor Chapter House on the Navajo Nation to applaud New Mexico State Land Commissioner Stephanie Garcia Richard in declaring a moratorium on new oil and gas leasing on state trust lands in the Greater Chaco area. Today, members of the Greater Chaco Coalition delivered over 11,000 public comments to the New Mexico Bureau of Land Management (BLM) in protest of the federal agency’s continued short sightedness in rushing to lease 37,550 additional acres of land in Greater Chaco and 3,199 acres of Greater Carlsbad for fracking during its June 2019 oil and gas lease sale.

“These are historic moments in our work to protect the Greater Chaco Landscape”, stated Navajo Nation Council Delegate Daniel Tso. “While the Department of Interior continues to ignore our requests, State Land Commissioner Stephanie Garcia Richard came to help us in our work of resilience and our efforts to protect this landscape. Her landmark signing of the Executive Order to place a moratorium on oil and gas leasing within the ten mile buffer zone greatly helps us in our work. Certainly, we also look to her leadership to inspire other federal and state agencies to visit with impacted communities firsthand and help us learn about all the rules and regulations that apply to the checkerboard lands of the Eastern Navajo Agency”.

Despite calls from Native Nations, Tribes and Pueblos for reasonable restraint, the BLM continues to lease more public and tribal land for fracking during its quarterly oil and gas lease sales, though a Joint BLM and Bureau of Indian Affairs (BIA) Resource Management Plan for the Greater Chaco area is still pending.  Since December 2018, advocates have delivered over 50,000 protests in opposition of BLM’s three recent lease sales covering 142,000 acres, but the agency has yet to post, let alone respond to, comments. The 10-day protest period – reduced from 30 days during the Trump Administration – started April 22 and ended today. During his tenure, Trump’s Department of Interior has offered to lease almost 230,000 acres of federal public and tribal land in New Mexico, much of it in the Greater Chaco region.

“The protection of Chaco is essential to safeguard archaeological and cultural resources of New Mexico’s tribes, nations, and pueblos.  The Chaco Canyon working group, comprised of Tribal and environmental leaders, has started important discussions about how we can protect the area and manage all of the land responsibly.  Tribal members will lead the way in making sure their ancestral land can be rightfully revered for all future generations,” said Commissioner Stephanie Garcia Richard at the Saturday event.

The State Land Office Executive Order No. 2019-002 – Moratorium on New Oil and Gas and Mineral Leasing in the Greater Chaco Area establishes a four-year moratorium on new oil and gas mineral leasing on 72,776 acres of state trust lands within approximately 10 miles around Chaco Culture National Historical Park, and initiates a process of dialogue with Native American nations, tribes and pueblos of New Mexico, and other interested stakeholders about the management of state trust lands in the Greater Chaco to “enable the State Land Office to explore other land uses that are more consistent with the protection and preservation of the landscape.”

The signing of the Order coincides with the introduction of the Chaco Culture Heritage Area Protection Act of 2019, sponsored by the entire New Mexico federal delegation in the U.S. Senate and House earlier this month, which proposes to withdraw federal minerals from future mineral leasing within the same area.

The moratorium also comes on the heels of a Congressional visit to New Mexico by members of the House Natural Resources Committee.  Last month, committee members toured oil and gas sites in the Greater Chaco Landscape, heard from local Navajo community leadership, visited Chaco Culture National Historical Park, and held a field hearing in Santa Fe on the impacts of oil and gas development to air quality and sacred sites.

“Greater Chaco is under siege from industrialized fracking and we are grateful for our elected officials who are taking action”, said Rebecca Sobel, Senior Climate and Energy Campaigner for WildEarth Guardians. “We applaud Commissioner Richard ‘s efforts to collaborate with Tribes and other stakeholders for more responsible and sustainable land management planning. True collaborative engagement is a long-awaited measure for Greater Chaco;  we hope other state agencies and especially the BLM will follow suit to support meaningful consultation and environmental justice for the region.”

A map of June 2019 lease sale parcels is available here.

A copy of the groups technical comments is available here.

Additional Statements: See an April 2019 press release and statements from members of the Greater Chaco Coalition on the Chaco Cultural Heritage Area Protection Act of 2019. 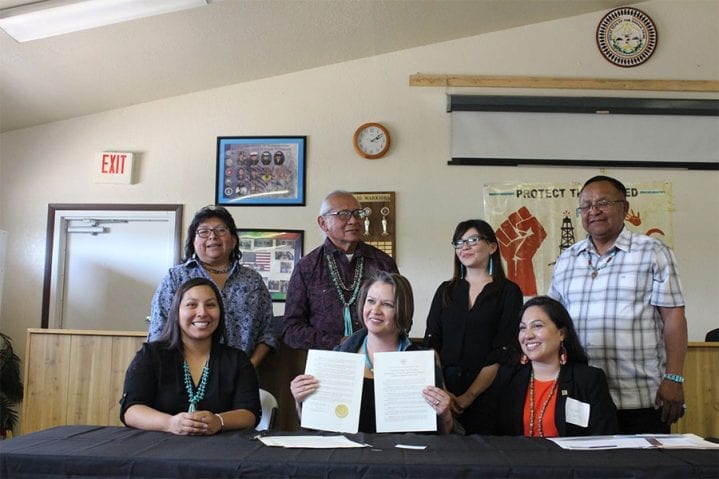 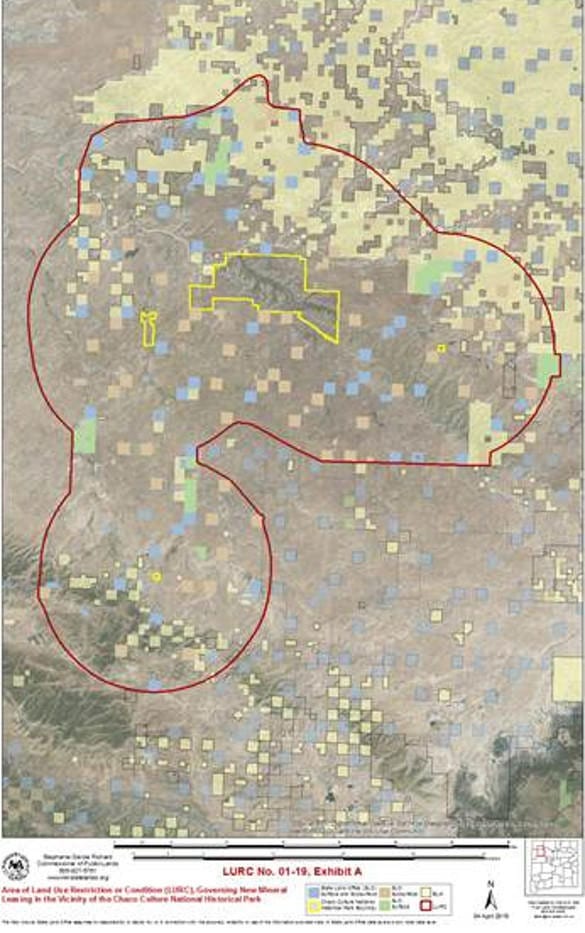