The Biden administration had defended the Trump-era resource management plans (RMPs) in the court proceedings. The court ordered the BLM to redo its analysis a second time.

U.S. District Judge Brian Morris ruled that BLM failed to comply with a previous court order directing the agency to account for the environmental and human health impacts of burning publicly owned coal. The judge also held that BLM failed to consider alternatives that would limit or end new coal leasing in the Powder River Basin—the largest coal-producing region in the U.S.—in violation of the National Environmental Policy Act.

“The Bureau of Land Management is singularly focused on propping up the dying coal industry at the expense of its legal obligations to consider public health and the climate,” said Melissa Hornbein, a senior attorney at the Western Environmental Law Center. “That a federal judge ordered the Bureau to consider a no-leasing alternative and disclose to the public how many people will be sickened and die as a result of the combustion of federal coal is groundbreaking. The courts recognize the seriousness of the climate crisis and the impacts of fossil-fuel pollution. The BLM must now do likewise.”

The Buffalo and Miles City RMPs designate how much federal coal can be mined and burned within the planning areas. Almost all coal mined in the region is used for electricity production, making the region the largest single-source of carbon dioxide pollution in the nation. More than 43% of all coal produced in the U.S., and more than 85% of all federal coal produced in the U.S., comes from the Powder River Basin, which stretches more than 13 million acres across Montana and Wyoming.

In 2018, the U.S. District Court for the District of Montana ordered the Trump administration’s BLM to revise its land management plans for the Miles City and Buffalo Field Offices. The judge ruled that the agency failed to consider an alternative that reduced the amount of coal available for strip-mining, failed to disclose potential harm from fossil fuel combustion and failed to disclose the short-term climate harm of methane emissions.

In 2020, BLM responded to the court’s order by revising its analysis but again failed to consider alternatives that would reduce or eliminate additional coal leasing, to account for climate change and to disclose or analyze the human health impacts of the harmful and toxic non-greenhouse gas pollutants that would result from burning more coal, oil, and gas.

“As Montana and Wyoming deal with the impacts of more frequent and more severe droughts, flooding, and heat waves due to climate change, this ruling is especially welcome,” said Joanie Kresich, chair of Northern Plains Resource Council. “We are pleased that the court has upheld the law. BLM will have to fully consider climate pollution when it makes decisions about our region’s public lands and minerals. We have an obligation to provide a healthy climate to our children and grandchildren, and this ruling helps make that possible.”

“This ruling is a forceful, welcome recognition of the dangers of fossil-fuel extraction to people and the planet,” said Taylor McKinnon with the Center for Biological Diversity. “It’s horrifying that federal lawsuits are required to force the Biden administration to even consider ending fossil-fuel leasing or accounting for its massive climate damage. Climate pollution from federal fossil fuels is torching forests, drying the Colorado River, and pushing endangered species closer to extinction. It has to end.”

“What’s great about this ruling is the court didn’t just stop at requiring BLM to assess other uses of our public lands. It requires BLM to fully analyze and disclose all impacts from mining and burning fossil fuels taken from our public lands,” said Connie Wilbert, director of Sierra Club Wyoming. “It’s well past time for BLM to be honest with the American people about the climate impacts that bring devastating wildfires, heat waves, and flooding, as well as the tremendous toll on human health caused by burning fossil fuels from public lands. This ruling will shine a bright light into this dark corner of the fossil fuel industry.”

“This ruling is a shameful confirmation that the Biden administration has no real interest in defending public lands or the climate,” said Jeremy Nichols, Climate and Energy Program director for WildEarth Guardians. “Thankfully the courts are upholding law and science, but it’s sad that President Biden is allowing his administration to undermine his promises to protect our health and our climate.”

“The Bureau of Land Management’s blinkered allegiance to fossil fuels must end,” said Shiloh Hernandez, senior attorney at Earthjustice. “Air pollution from coal kills thousands of people in the U.S. every year and sickens many more. This ruling will require the Bureau to be honest with the public about the massive climate and human health toll from our continued reliance on fossil fuels.”

“The tragedy is that this litigation didn’t need to happen. Seven years ago BLM promised the American people an ‘open and honest conversation’ about the federal coal program,” said Lynne Huskinson, retired coal miner and board member of the Powder River Basin Resource Council and Western Organization of Resource Councils from Gillette, Wyoming. “But we’re still waiting for them to do an honest analysis of the climate and public health consequences of their choices. Maybe now BLM will finally wake up.”

Once again, the plaintiffs were represented in the litigation by Melissa Hornbein at Western Environmental Law Center, Shiloh Hernandez at Earthjustice, and Nathaniel Shoaff at Sierra Club. 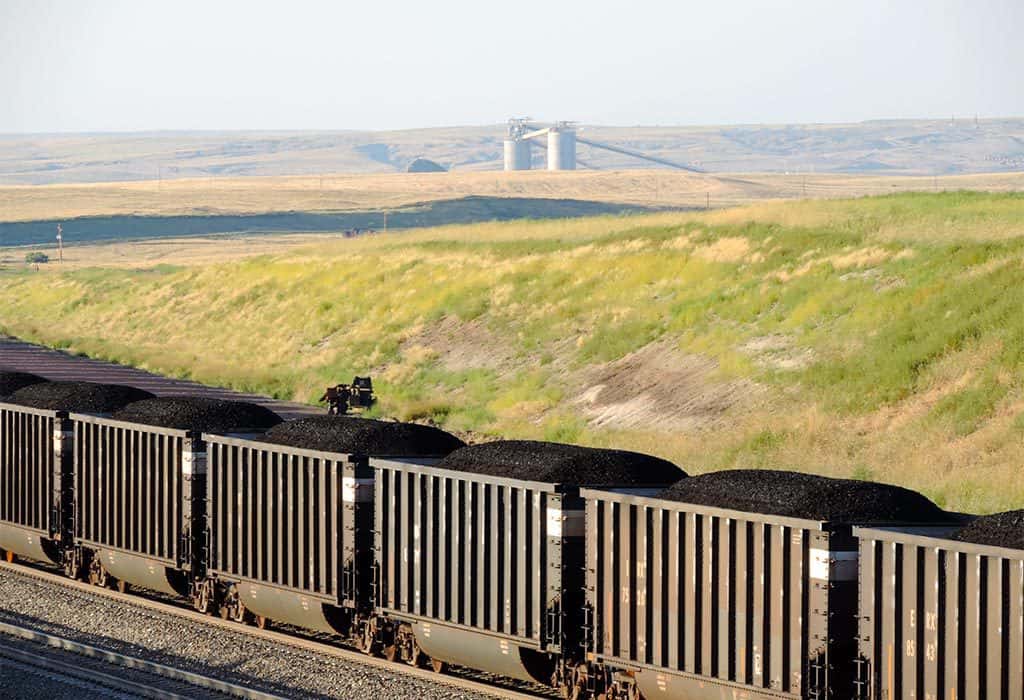 Coal produced in the Powder River Basin of Montana and Wyoming is burned in over 100 coal-fired power plants, fueling the climate crisis.