Wildlife   Coyote
#DefendCarnivores, #EndTheWarOnWildlife
BOISE, Ida. – Conservationists today sued USDA Wildlife Services for killing thousands of coyotes and other native wildlife in Idaho, mostly at the request of livestock producers, without first completing an up-to-date analysis disclosing the environmental consequences of those actions.  The agency completed an Environmental Assessment and Decision in 2016 to cover some of its Idaho activities, but a federal court struck down that decision for Wildlife Services’ failure to address the growing scientific controversy over whether killing predators actually reduces livestock losses to predation, among other reasons.  The U.S. Forest Service and Bureau of Land Management are also included as defendants for authorizing Wildlife Service’s predator killing on public lands without the necessary environmental analysis.

The lawsuit also challenges’ Wildlife Services’ operation of its Pocatello Supply Depot, which manufactures and distributes M-44 ‘cyanide bombs’ and other specialized poisons for killing wildlife nationwide—and even worldwide—without ever having undertaken a detailed analysis of the public health risks or environmental consequences of doing so.  An M-44 manufactured by the Pocatello Supply Depot and set on public lands to kill coyotes injured a child and killed his dog just three years ago.

“We don’t know how much danger Pocatello residents might be in, because Wildlife Services has never undertaken a public assessment of the risks and dangers posed by the deadly toxins manufactured and stored at the Pocatello facility,” said Lindsay Larris, Wildlife Program Director with WildEarth Guardians. “When the federal government gets into the poison business it needs to be held accountable for fully considering all potential environmental harms that come with this action.”

Wildlife Services recently agreed to significant restrictions on its Idaho wolf killing as a result of a separate lawsuit, but has not agreed to limit its killing of coyotes and other native wildlife in the state.

“The livestock industry needs to end its efforts to kill off native wildlife, particularly on public lands,” said Brooks Fahy, Executive Director of Predator Defense. “If the livestock industry wants to graze cows and sheep on public lands for private profit, they should accept their small number of losses to native wildlife as the cost of doing business.”

“This lawsuit is intended to ensure federal agencies comply with their legal duty to analyze and disclose to the public all effects of their actions before they take those actions,” added Laurie Rule of Advocates for the West. “Wildlife Services and the land management agencies have failed to fulfill that duty, leaving the public uninformed about the true impacts of Wildlife Service’s predator killing in Idaho.” 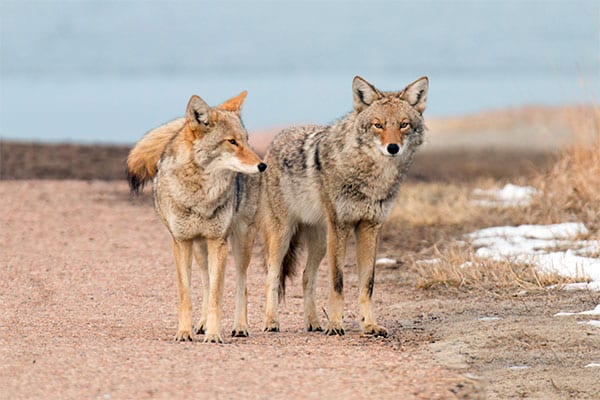