Wildlife   Mexican gray wolf
#DefendCarnivores, #EndTheWarOnWildlife, #PressStatement, #WildlandsForWildlife
SANTA FE, N.M. – Today, conservation advocates asked the U.S. Fish and Wildlife Service and the New Mexico Department of Game and Fish to allow a wandering female Mexican gray wolf, named “Asha” by schoolchildren, to continue on her journey outside of the designated recovery area. The wolf, originally from the Rocky Prairie Pack of Arizona, has recently been roaming into northern New Mexico, beyond the arbitrary Interstate 40 boundary that currently limits the species’ recovery. A recent map shows her just east of Taos, New Mexico.

Today’s letter to the U.S. Fish and Wildlife Service and the New Mexico Department of Game and Fish was signed by eighteen regional and national organizations and individuals.

“We want Mexican gray wolves to be free to roam and not be confined by politically-motivated boundaries like Interstate 40,” said Greta Anderson, deputy director of Western Watersheds Project. “The wildlife management agencies must allow wolves like Asha to move into the habitats of their choosing and to not waste precious funding forcing wolves back into the inadequate recovery area.”

“Wolves dispersing throughout their historic range and suitable habitat is so important for restoring the lobo in a meaningful, scientific way,” said Chris Smith, southwest wildlife advocate for WildEarth Guardians. “Removing wolves that roam is totally antithetical to their recovery. Leave her be.”

“Through her impressive travels, Asha is showing us that there is good habitat north of Interstate 40,” said Maggie Howell, executive director of Wolf Conservation Center. “This political boundary is neither biologically appropriate nor of any consequence to her or any other dispersing wolf.”

“Wolves do not see invisible political boundaries, and Asha’s epic journey northward shows us the possibility of range expansion into the Southern Rockies where lobos historically roamed,” said Renee Seacor, carnivore conservation advocate of The Rewilding Institute. “We urge the U.S. Fish and Wildlife Service and New Mexico Department of Game and Fish to leave Asha where she belongs, roaming wild and free.”

“It’s nuts that the government plans to capture and move this intrepid wolf from the elk-rich Rocky    Mountains to make ranchers in northern New Mexico feel safe,” said Michael Robinson, senior conservation advocate at the Center for Biological Diversity. “Scientists have found that Mexican gray wolves will eventually need to inhabit and flourish in these mountains to no longer be endangered. The Fish and Wildlife Service should immediately change the asinine rules that prevent Asha and other Mexican gray wolves from migrating to landscapes that can support their recovery.”

“Wolves are far-ranging animals who can disperse hundreds of miles to seek new mates and establish new territories,” said Camilla Fox, founder and executive director of Project Coyote. “Confining them to arbitrary political boundaries contravenes the best available science — and ethics. We have both a moral and scientific duty to allow animals to disperse to establish families and to support wolf recovery through natural range-expansion of the species.”

“This wolf’s name, Asha, means “hope” in Sanskrit,” said Mary Katherine Ray, Wildlife Chair for the Rio Grande Chapter of the Sierra Club. “What could be more fitting for a wolf exploring and surviving the big wide world on her own as wolves historically once did throughout the southwest? Her wanderings give all of us hope for the restoration of these beautiful and important animals where they belong.”

The Mexican gray wolf is the only endangered species that the U.S. Fish and Wildlife Service has committed through regulation to confining within an arbitrary geographic zone.  Independent scientists have determined that recovery of this critically imperiled subspecies, and in particular supplementing its depauperate gene pool, will require establishment of three connected populations totaling at least 750 animals. The scientists determined that two of such necessary populations could find sufficient habitat in the Grand Canyon ecoregion and in the southern Rocky Mountains – both of them north of I-40 and the latter where Asha is now. 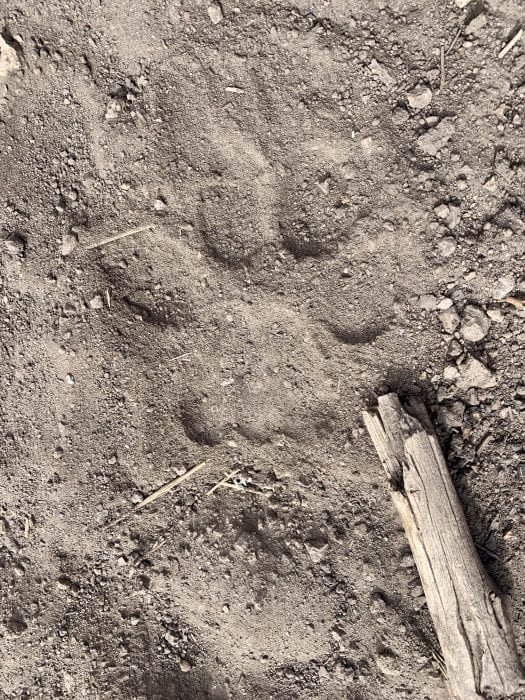