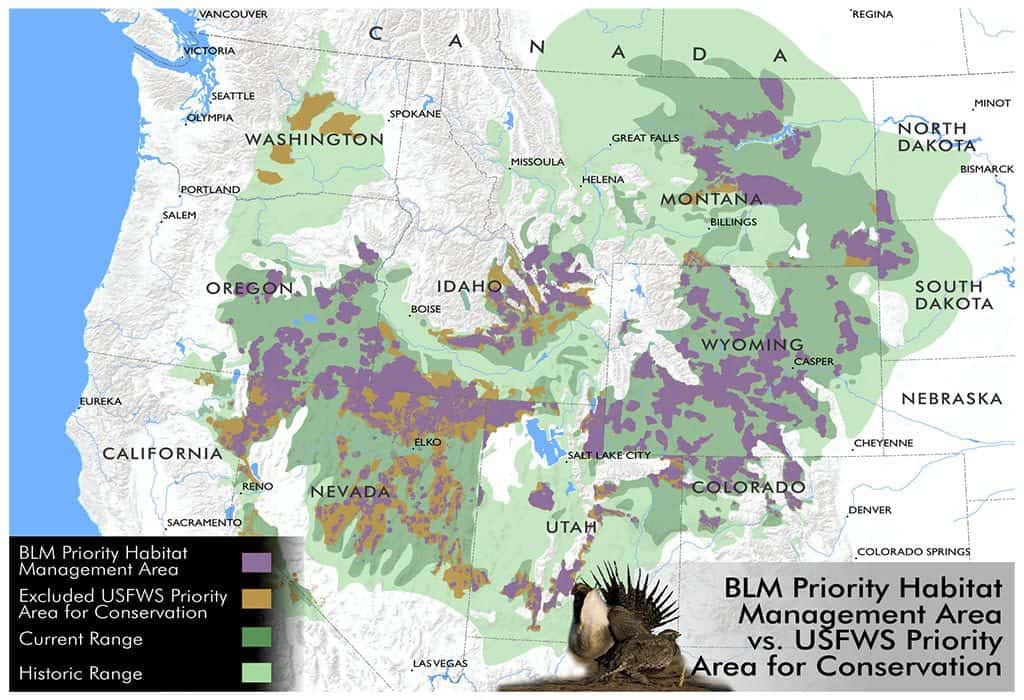 In 2013, the U.S. Fish and Wildlife Service convened a team to identify regional threats to the greater sage grouse, and to map ‘Priority Areas for Conservation’ (or ‘PACs’) where protection levels would be strongest. The mapping team, which included officials from each sage grouse state, labeled these areas “key habitats that are essential for sage-grouse conservation.” During this state-federal collaborative effort, some of the best remaining habitats were excluded to allow industrial uses incompatible with sage grouse conservation to move forward.

But as federal sage grouse plans were finalized, the boundaries shifted, and sage grouse wound up withy even less Priority Habitat than was originally designated in the collaborative effort. Some 16 million acres of Priority Areas for Conservation disappeared. Habitats in Nevada took the biggest hit; only 53% of PACs were proposed for the elevated protection of Priority Habitat status there. 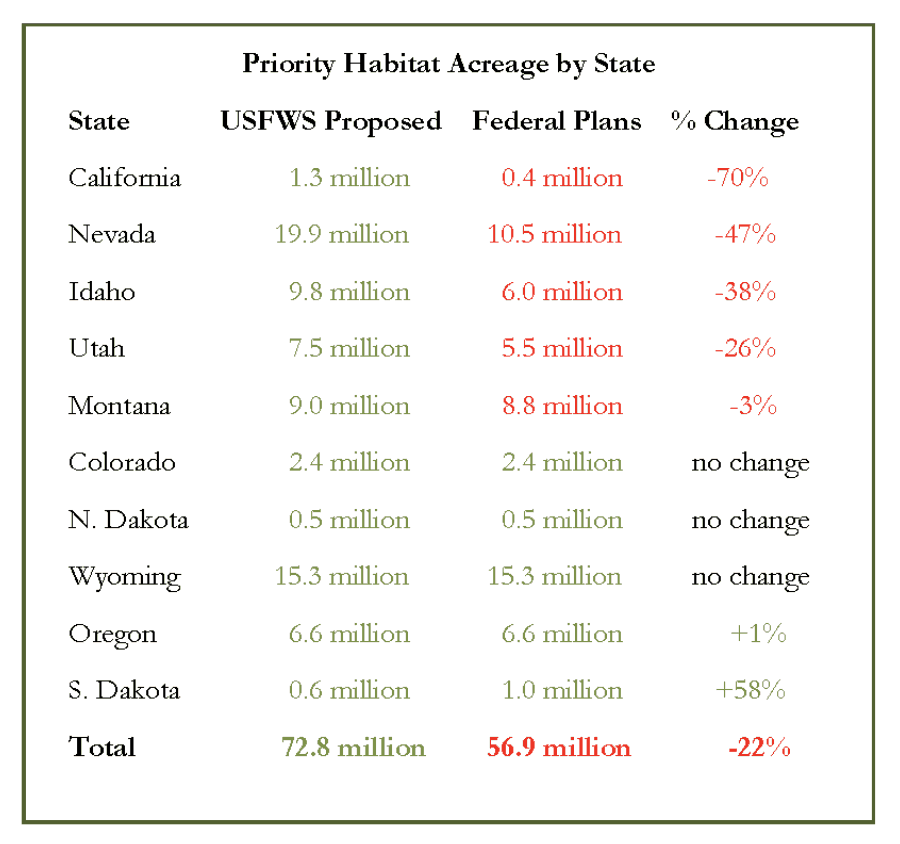