Once the Sagebrush Sea stretched limitless from horizon to horizon. Today, only about half of the original Sagebrush Sea is still intact and healthy enough to support sage grouse, and their populations are perilously low. State and federal conservation plans focus effort on a subset of remaining sage grouse habitat, designated as ‘Priority Habitats.’ But if only weak protections apply outside these lands, further grouse declines are all but certain.

Agency scientists recommended strong protections for Priority Habitats, stating, “Management priorities will need to be shifted and balanced to maximize benefits to sage‐grouse habitats and populations in priority habitats.” These proposed protections, which include no future leasing for oil, gas, and coal extraction, are not even adopted in the Sagebrush Focal Areas, the smaller subset of Priority Habitats that get the highest degree of protection. 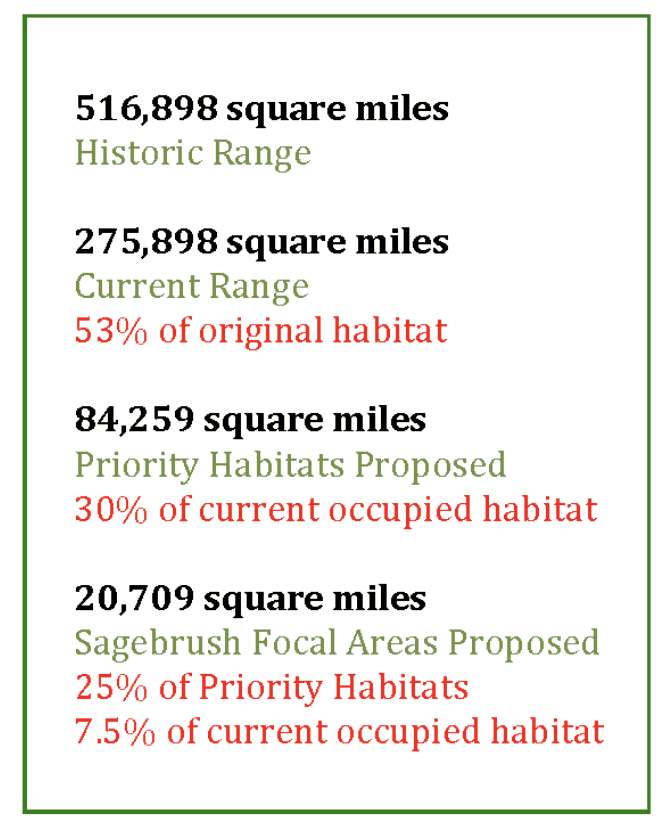