Truth:  Less than a quarter of one percent, 0.23%, of the American cattle inventory was lost to native carnivores and dogs in 2010, according to a Department of Agriculture report.

The government’s own data show that the real killers of cattle are not a few endangered wolves or other wildlife – it’s illness and weather.  Yet, the predation myth has directly contributed to a federal, 100-year, paramilitary assault on millions of native carnivores.

The livestock predation myth is a big lie imposed on the American public. While lethal predator control does little to help the fat cats of agribusiness, it ensures that the USDA-Wildlife Services stays in business. While the feds assault millions of our native wolves, bears, cougars, and coyotes, the true cattle killers are illness and weather.  The Wildlife Services’ lethal predator control program must end, and the taxpayers, wildlife, and wildlands will reap the benefits. 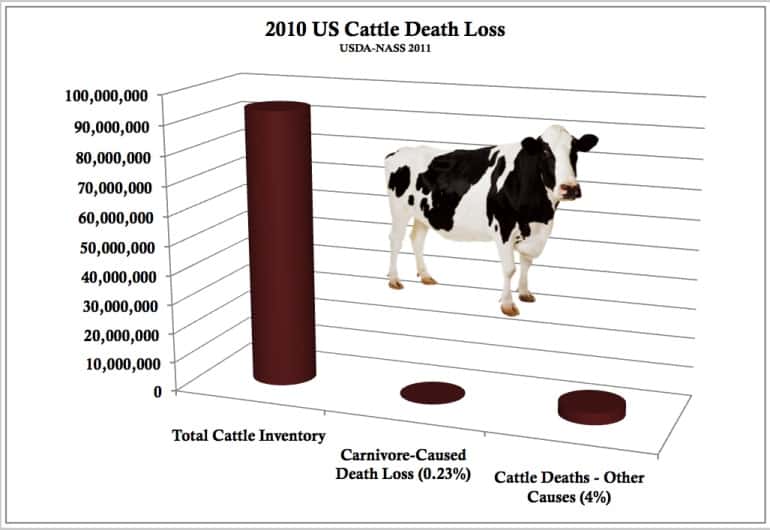 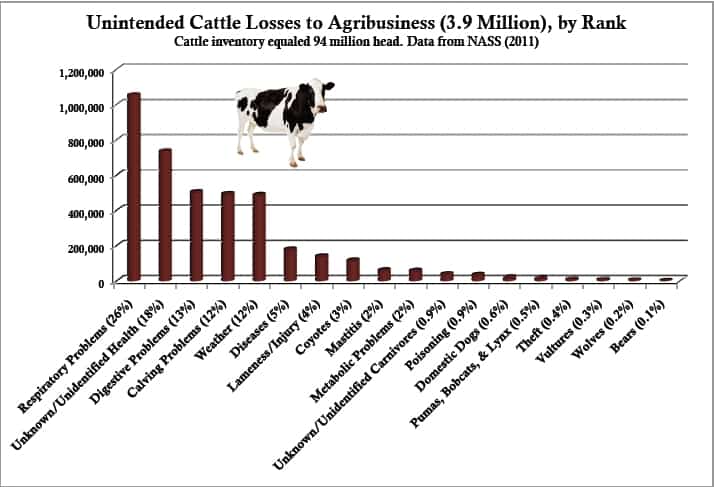 Despite miniscule livestock losses, ongoing covert federal wildlife-killing operations are conducted each year on our most treasured wildlands and forests.

Every five years, the National Agricultural Statistics Service (NASS), an arm of the US Department of Agriculture (USDA), compiled the newest cattle inventory and loss numbers published in May 2011, and showed:  In 2010, cattle inventory dipped to 94 million head, down from 104.5 million in 2005—the last time NASS issued its Cattle Death Loss report.  According to the report: 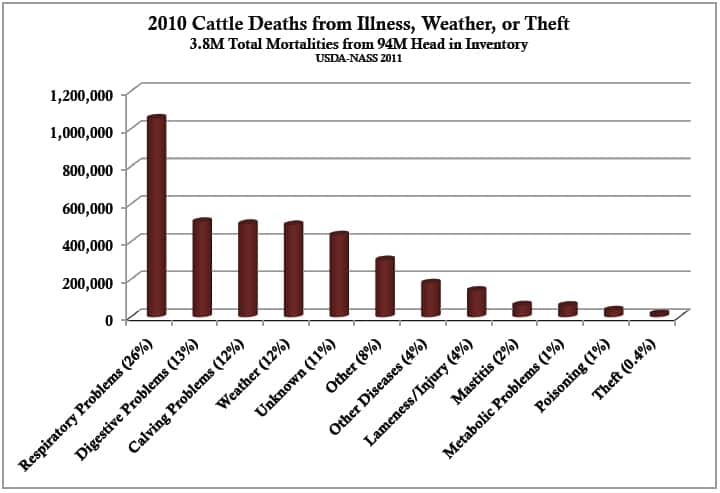 In comparison, only 220,000 cattle losses stemmed from livestock predators or 0.23% of the total cattle production over the year. Cattle predators counted by NASS included: coyotes, cougars, bobcats, lynx, dogs, wolves, vultures, bears and “others.”  Predation by native carnivores really only amounted to 170,800.  That is because dogs killed more livestock (21,800) than any other species except coyotes (116,700).  “Unknown” predators killed 27,300 cattle. Wolves reportedly killed 8,100 cattle, while felids (pumas, bobcats, and lynx) killed 18,900 cattle. 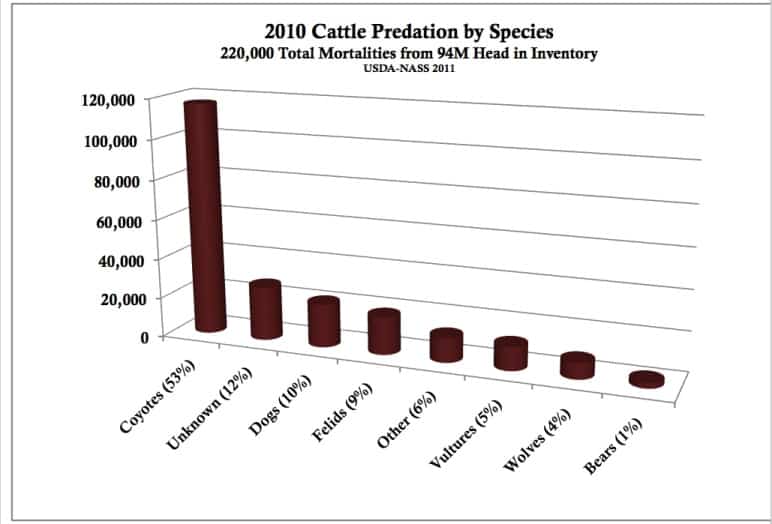 In 2009, sheep producers raised 5.7 million animals [1]. Of that figure, native carnivores and domestic dogs killed 4% of the total production [2]. In comparison, 7% of sheep died from poor health, weather events, or other causes [2].

Despite decades of predator control, which has resulted in more than 5 million deaths of predators in the last six decades, lethal predator controls do not benefit sheep growers [3]. Market forces place a larger role in the decline of the sheep industry [3]. On the other hand, large-scale predator eradications are biologically expensive, inherently non-selective, and there is little to no correlation between the number of coyotes killed and the number of lambs lost [4].

Domestic sheep have few predator-avoidance strategies, therefore humans must take steps to protect them and a variety of non-lethal methods exist such as putting them into enclosures such as barns and sheds during the vulnerable lambing season; using electric fencing; containing them in small pastures near human habitation; picking up carcasses—particularly during the birth season; and using a variety of guard animals or scaring devices.

Ironically, while wildlife-killing operations have escalated across the West, the sheep industry has declined, some in agribusiness erroneously complain that predation has increased. As the data show, livestock losses have not increased nor are they significant, even where wolves have been restored.

At the moment when conservation biologists are sounding alarm calls about the loss of top carnivores, few decision makers stand up for them. To paraphrase Ed Abbey, “the idea of wildlife needs no defense, just more defenders.” Wildlife—the coyotes, bears, lions, and wolves—need you to get involved today. Contact your Congressman, your Governor, your wildlife management agency, and take actions to protect native carnivores today. 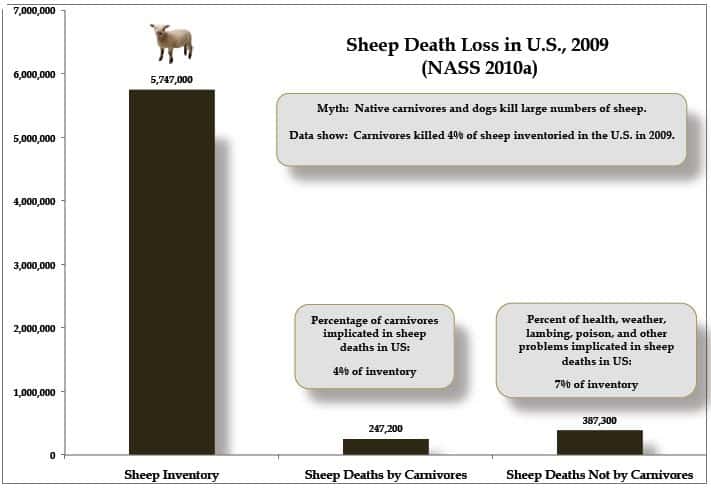 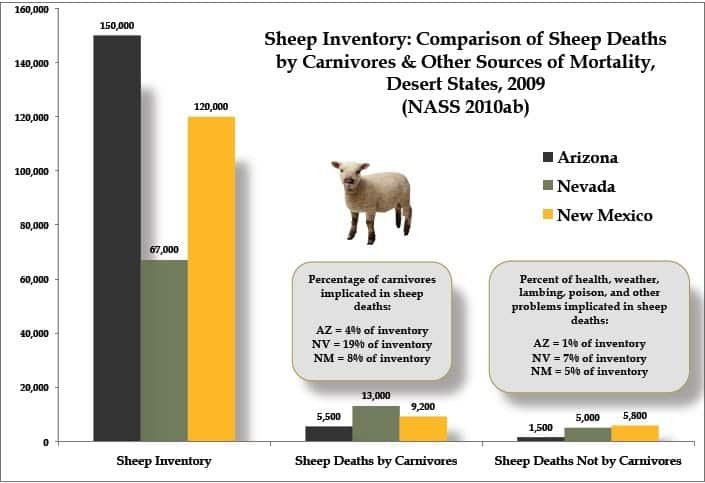 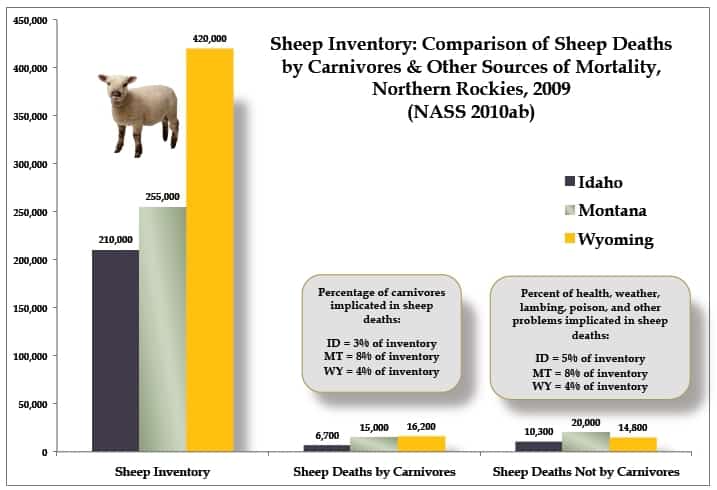 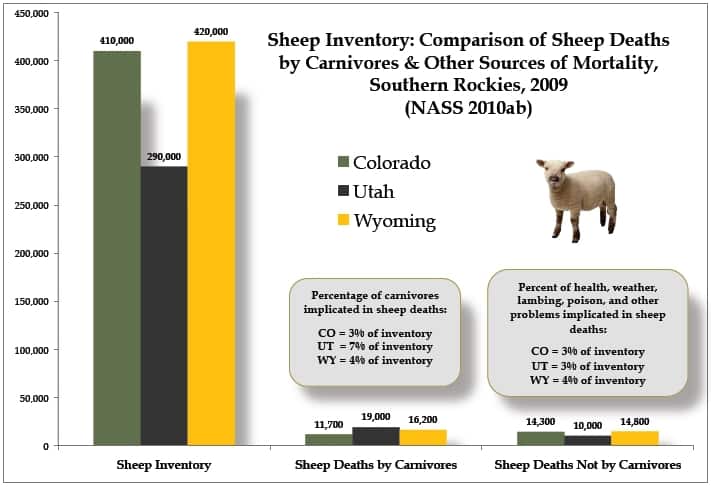 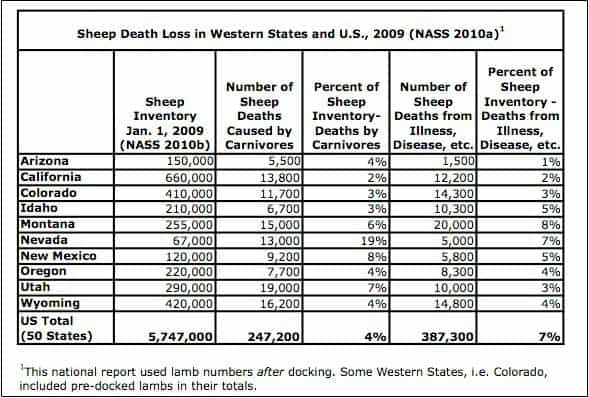 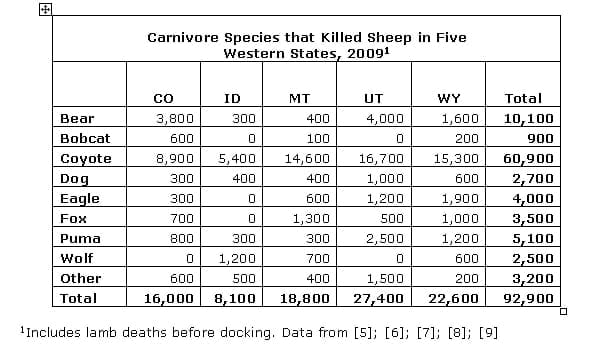 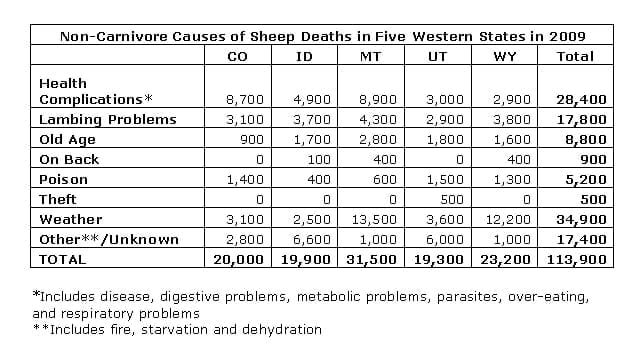