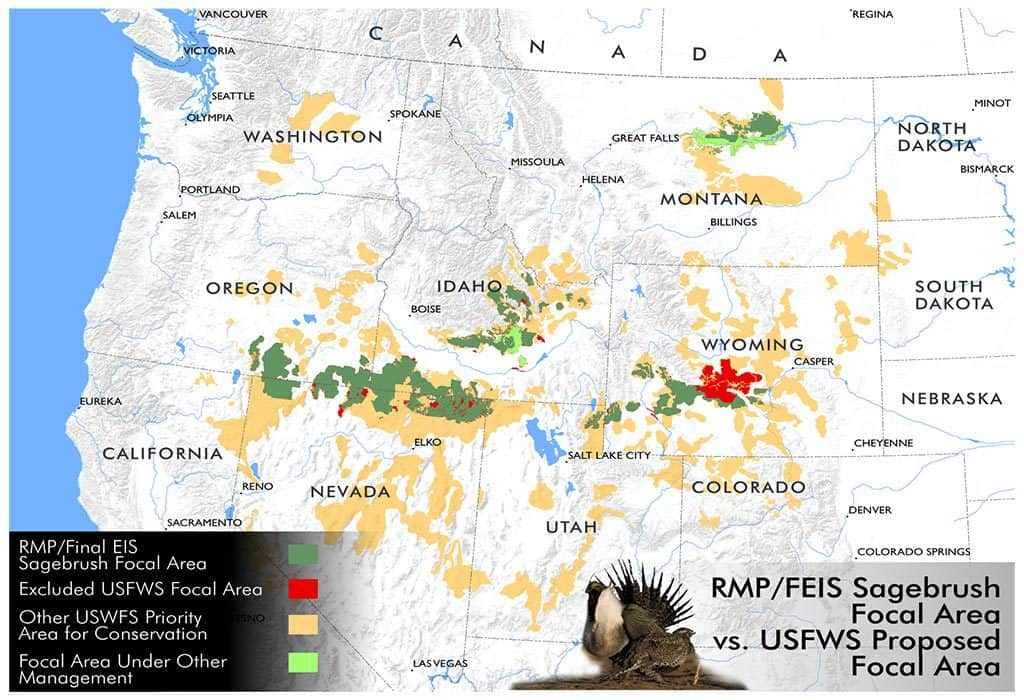 The U.S. Fish and Wildlife Service proposed an further level of protection for sage grouse in October of 2014 when they recommended the designation of sage grouse “stronghold” areas. These were to receive “the highest levels of protection,” over and above protections planned for Priority Habitats. The Fish and Wildlife Service emphasized “strong, durable, and meaningful” protections in these stronghold areas would “help obtain confidence for long-term sage-grouse persistence” in the context of a pending Endangered Species Act decision.

Many of these strongholds were designated as Sagebrush Focal Areas in the federal sage grouse plans, but some were excluded. Overall, conservation requirements are weaker for these Focal Areas than protections originally intended for the more expansive Priority Habitats. 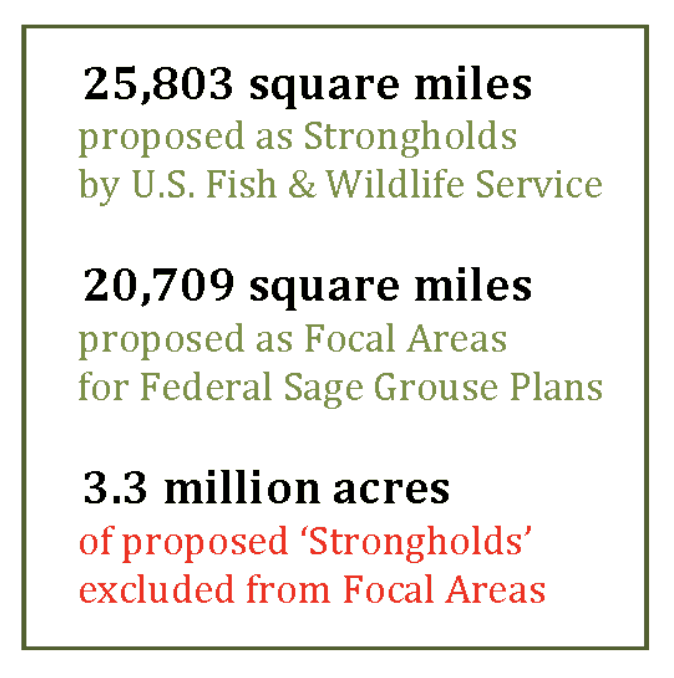