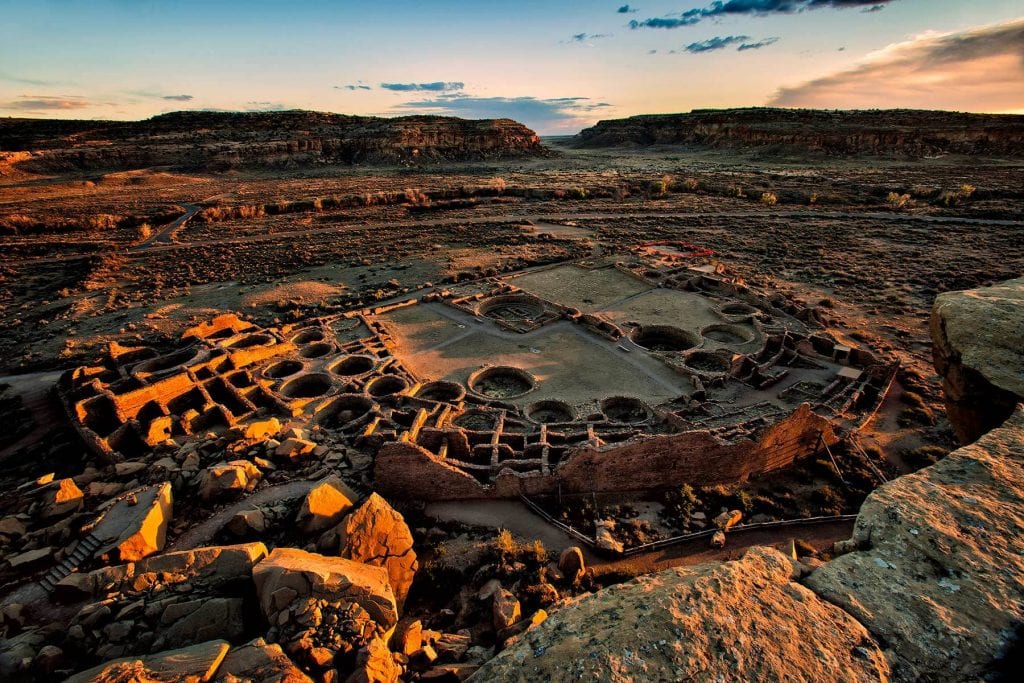 A big win for Greater Chaco

After years of dogged advocacy and defense, the Greater Chaco region is finally one big step closer to permanent protection!

On November 15, President Biden and Department of the Interior Secretary Haaland announced plans to ban fracking within 10 miles of Chaco Culture National Historical Park and committed to working with Tribes and stakeholders to forever protect this sacred landscape.

A thousand years ago, Chaco Canyon in northern New Mexico was the ceremonial and economic center of the Chaco Cultural Landscape, an area encompassing more than 75,000 square miles of the Southwest in New Mexico, Arizona, Colorado and Utah and sacred to Indigenous Peoples. Today, Chaco Canyon in northwestern New Mexico is a National Park and UNESCO World Heritage Site, considered one of the most important archaeological sites in the Americas, and home to Diné (Navajo) peoples.

For decades, the federal government has quite literally treated the Greater Chaco Landscape like a sacrifice zone. Fueled by U.S. Bureau of Land Management indifference, companies have drilled, fracked, built pipelines, and put in place infrastructure that has inched closer to Chaco Canyon and Navajo communities.

As a member of the Greater Chaco Coalition, WildEarth Guardians has worked closely with Tribal allies, other non-governmental organizations, and dedicated activists from around the world to fight back against the oil and gas industry’s exploitation and defend Greater Chaco.

With Secretary Haaland and President Biden taking action, the Greater Chaco Landscape is now one giant step closer to full protection. While a ban on fracking within 10 miles of Chaco Canyon is huge, ultimately, we need landscape-level safeguards to protect and restore the cultural integrity of all Greater Chaco and its communities.

The fight’s not over. The oil and gas industry is still pushing to drill and frack more across the Greater Chaco landscape. With slight relief and a promise for a new path forward for landscape management, join us in marking this latest victory as a major milestone.