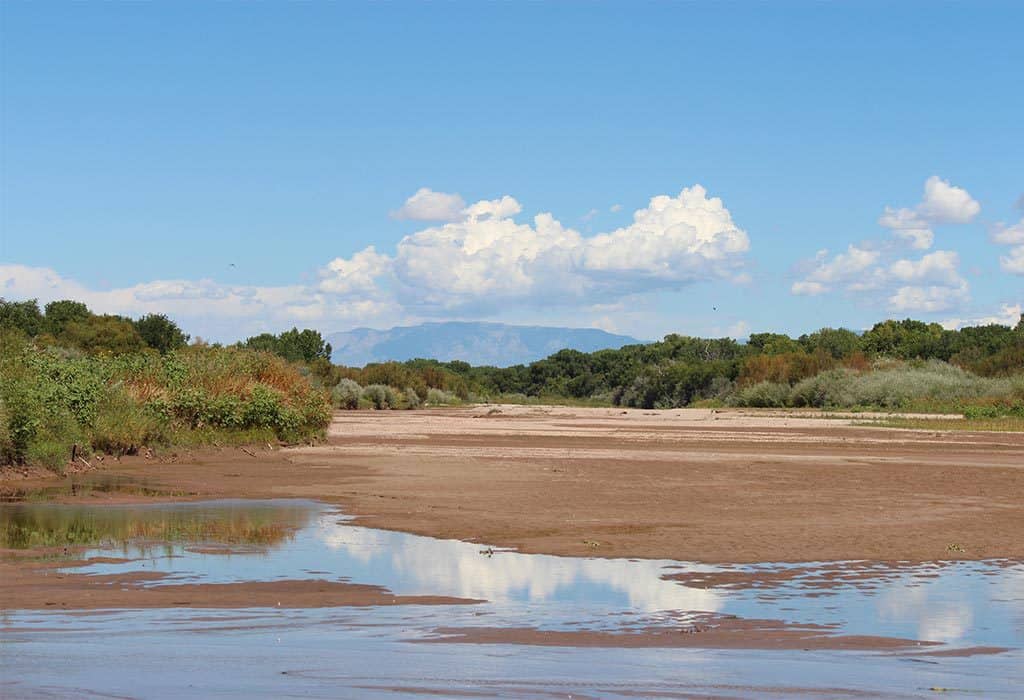 This piece was published in the Denver Post on July 6, 2018

The Rio Grande is dying. The death of a river, anywhere, is sad and alarming. When that river is the lifeblood of a vast region, it is nothing short of tragic. The causes are both ancient and modern: climate change, ignorance, politics and greed.

Three states — Colorado, New Mexico and Texas — depend on the Rio Grande to water their agriculture and nourish their cities. Instead of protecting the river, these states fight to take as much water as they can, like children vying for the biggest piece of birthday cake.

Ironically, the Rio Grande is approaching a birthday; the 50th anniversary of its designation as one of America’s inaugural eight Wild and Scenic Rivers is a few months away. Sadly, the Wild and Scenic Rivers Act doesn’t do enough to help the river survive — because it has no power to question or undo the Rio Grande Compact, a treaty between the three states to divide the river’s water. Of course, when that compact was made the river itself did not have a seat at the table.

Inequity is a recurrent theme in most every intrastate water agreement highlighted by the fact that the words “litigation” and “compact” seem to go hand-in-hand. But that inequity worsens when water is more scarce, a growing reality under climate change.

In wetter years Colorado, the state with first dibs on the river’s water, is allowed to divert approximately half of the river’s flow, but in dry years Colorado is allowed to divert 98 percent of the river’s water. That’s bad news for the downstream states, it is even worse news for one of America’s first wild and scenic rivers. Moreover, Colorado has no incentive to let an ounce more of water downstream than the compact demands. The compact, with its rigid view of state’s rights, prevents any collaborative or creative solutions that might save the river.

For example, WildEarth Guardians would like to lease some water from farmers in Colorado who are willing to do so for the purpose of leaving it in the river to benefit fish and wildlife and recreational boaters.

However, whatever water we lease would mean nothing to the river, because Colorado would simply compensate by keeping more. If we leased 10,000 gallons of water, Colorado would take 10,000 more. It’s a zero sum game, that leaves the Rio Grande the loser. It is also worth mentioning that the compact does not address lax water management which contributes to the overwhelming demands placed on the Rio Grande.

Because of climate change and the historic drought, farmers and water managers are becoming more aware that a change must occur. What kind of change remains to be seen. On Sunday, June 24, an article appeared in The Denver Post, “Vanishing Rio Grande,” that addressed the effects of the drought on farmers — the effects on the Rio Grande were barely an afterthought.

The silver lining to scarcity is that it can drive innovation. Farmers up and down the Rio Grande, not just in the San Luis Valley, will learn how to be more efficient and even grow different crops and that’s good for farmers and rural economies. But any change that will make a serious long term difference must begin by addressing the needs of the river as well.

The compact, ratified by the U.S. Congress in 1938, is clearly outdated. It must be revisited and revised to allow for innovation and incentives collaboration that can restore the river itself. That will require political pressure not just from downstream farmers fighting for a fair share of water, but from concerned citizens fighting for the rights of the river itself.

Rivers without water are not rivers. They are ghosts. If we let the Rio Grande die, we will be haunted by our failure to save her when we had the chance.