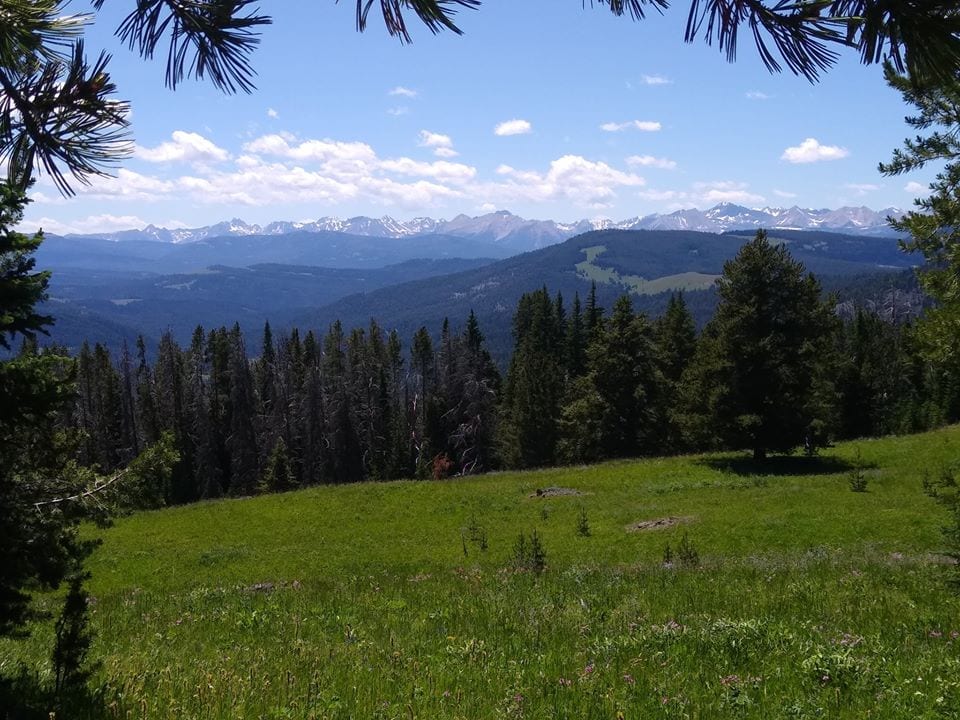 After years of enduring—and fighting—federal rollbacks on America’s bedrock conservation laws and protections of public lands and waters, we are on the cusp of a much needed and inspiring change of course.

President Biden has signed an Executive Order directing the Interior Department to outline steps to achieve the president’s commitment to conserve at least 30% of America’s lands and waters by the year 2030.

The 30×30 Initiative, as it’s commonly called, is sorely needed as America—and the world—confronts the dual threats of climate change and biodiversity loss. Thankfully, thus far, over 450 elected officials from across the country, and political spectrum, have affirmed their support for 30×30.

To meet this ambitious and necessary goal we have work to do. Despite the heroic efforts of individuals, communities, and organizations, America has only permanently protected 12% of U.S. lands according to the U.S. Geological Survey. On top of having a long way to go, we’re still digging ourselves into a hole because America is losing a football field worth of land in a natural state every 30 seconds, or 2,170 square miles annually.

This decline of nature threatens our health, food supplies, biodiversity, and wildlife. Across the globe, approximately one million animal and plant species are at risk of extinction in the coming decades, including one-third of U.S. wildlife. In the U.S. and Canada alone, bird populations have dropped 29 percent since 1970. America’s rivers and oceans remain in grave peril, and we’ve already lost over half of all freshwater and saltwater wetlands. Habitat loss and destruction of migratory corridors are pushing many species closer to the brink. Clearly, we don’t need more data to see that urgent action is required.

Achieving the 30×30 vision is essential to protecting life on earth and the initiative’s climate and biodiversity goals are inextricably linked. When we protect land, we provide the habitats needed for ecological processes to support the diversity of life while simultaneously capturing carbon. Reaching 30×30 goals will also provide and grow green jobs, protect culturally significant sites, increase access to nature for historically marginalized communities, and safeguard vital headwaters for people, communities, and wildlife.

The 30×30 Initiative presents opportunities to reinstate protections of national treasurers stripped away by the Trump administration, such as the Bears Ears and Grand Staircase-Escalante national monuments in Utah and the Tongass National Forest in Alaska.

But we must do more. One of the boldest ways to help reach 30×30 goals would be passage of the Northern Rockies Ecosystem Protection Act (NREPA). This visionary act, which was developed by leading conservation biologists, would designate 23 million acres of Wilderness for some of the wildest public lands remaining in Montana, Idaho, Wyoming, Washington, and Oregon.

NREPA would also designate 1,800 miles of Wild and Scenic Rivers, preserve old-growth forests that will act as a carbon sink to counteract greenhouse gas emissions, and establish biological and wildlife corridors, which are critical for the continued existence of the region’s iconic wildlife, including grizzly bears, wolverines, bull trout, sage grouse, the nation’s largest herd of wild bison, and the country’s few remaining woodland caribou.

Increasingly, Americans want to heal the scars from resource exploitation by rewilding public lands and NREPA will establish wildland “recovery areas” on federal public lands that will create sustainable jobs undoing the damage caused by destructive activities like logging and roadbuilding.

The crises of our time require bold solutions. We must protect at least 30% of our nation’s lands and waters and the Northern Rockies Ecosystem Protection Act is a solution we must grasp to help preserve life on Earth.

Please contact your members of Congress today and urge them to co-sponsor and pass the Northern Rockies Ecosystem Protection Act. 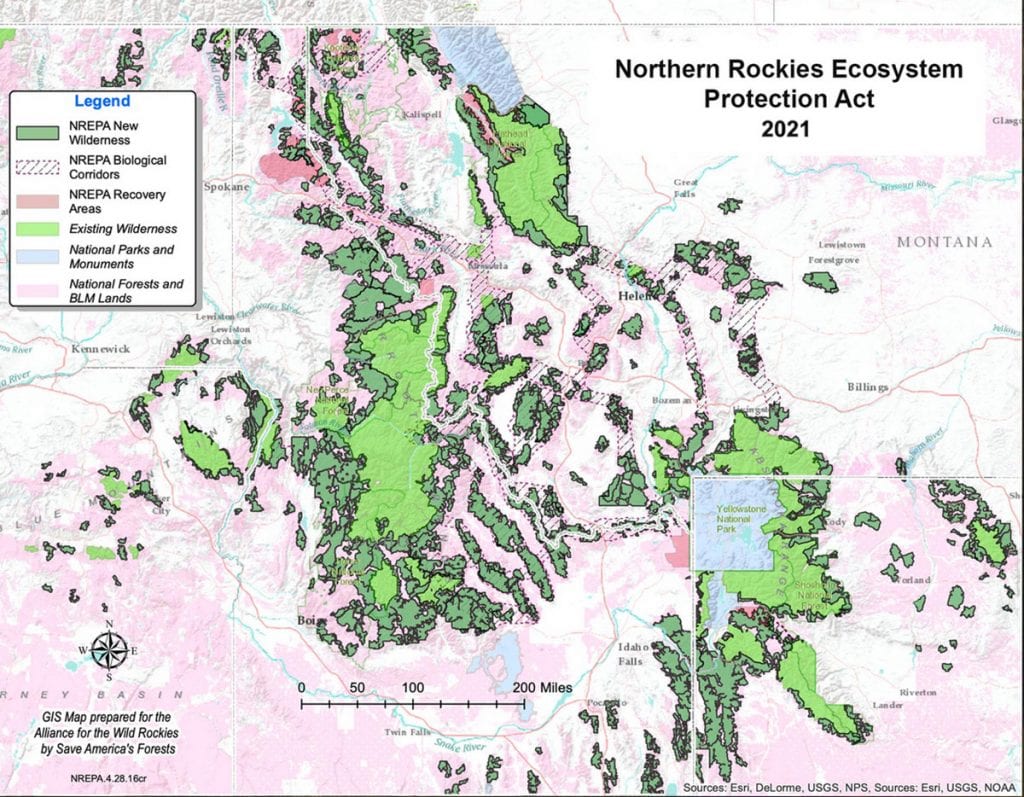