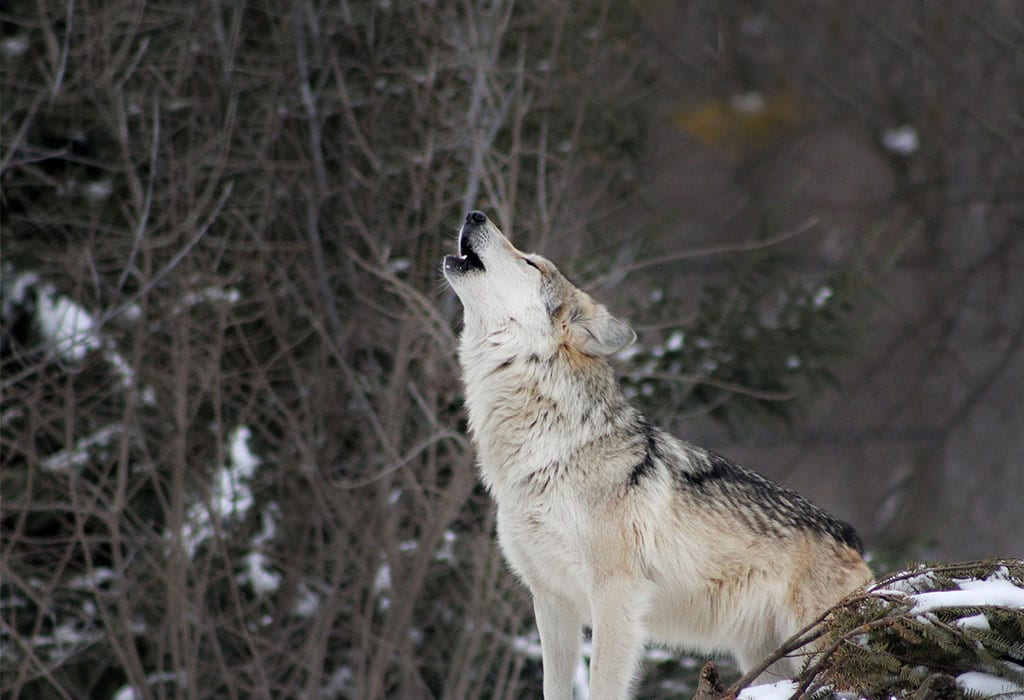 As Prop 114’s promise of paws on the ground draws closer, we checked in with residents all over Colorado to see how they were feeling about having wolves in the wilds near where they live. It was evident from our conversations they are excited about the return of wolves.

The return of wolves to the state will not only give residents an amazing new wildlife viewing opportunity, but wolves will benefit the entire ecosystem. As one resident said, “They’re wonderful, majestic animals in their own right. There’s a profound sense of righting an ecological wrong when wolves return to an area they’ve historically inhabited.”

And the residents we spoke with agree that management of the species should first and foremost focus on preventative, non-lethal solutions. A Salida resident explained that “we have so many great tools for preventing conflict before it occurs—from fladry to noisemakers, and range riders…there are just so many great tried and true techniques for preventing conflict.” Non-lethal methods are also shown to be more effective in managing wolf-livestock conflicts, while killing wolves can do more harm than good, actually increasing instances of conflict instead of reducing them.

When it comes to a potential recreational wolf-hunt, residents are adamant one should never be permitted. Rocky Smith, from Denver, offered, “There’s no reason to hunt wolves. We’re bringing them back, there’s no reason to kill them.” Adding to that, Tom Zieber from Gunnison said he doesn’t believe we need recreational wolf killing or hunting saying, “It’s just really killing for the sake of killing.”

As for what they’d like to see happen for wolves in Colorado, Hailey Hawkins from Durango, conveyed that she “would like to see wolves be free, and go wherever they want, and settle wherever they want. To not be restricted to certain parts of the state.”  She wants them “to have the freedom to go where they want without the invisible borders that they can’t see or adhere to, that we arbitrarily create.” And others agree with Hailey. Tom’s opinion is that “Wolves should be allowed wherever in the state that there is suitable habitat and prey base, not just the Western Slope.”

Rocky wants fellow residents to know that “wolves belong here and they’re an important part of the ecosystem, and we need to learn to live with them.” Hailey adds that residents should know that “this is something that has already been done before and we can do it here. You can still go camping, you can still go hiking, and in fact, your experience will be even more enriched with wolves being there.”

After speaking with residents from all over the state, there is a profound sense of hope and excitement for the return of wolves. In a state where wild places bring a lot of value to a lot of people, wolves are just another tremendous addition to a robust ecosystem. It’s Tom Zieber’s hope that as the wolf population is restored to the state, having respect for wolves will bring about respect for all our other native species, and springboard a change that better exemplifies the humane treatment of all wildlife.

Below are photos of various landscapes in Colorado that are near our interviewees’ locations. After the photos, you’ll see a map from our Colorado Wolf Restoration Plan, which identifies 12 proposed wolf habitat zones. The letters on that map correspond with the letters provided in each photo caption. 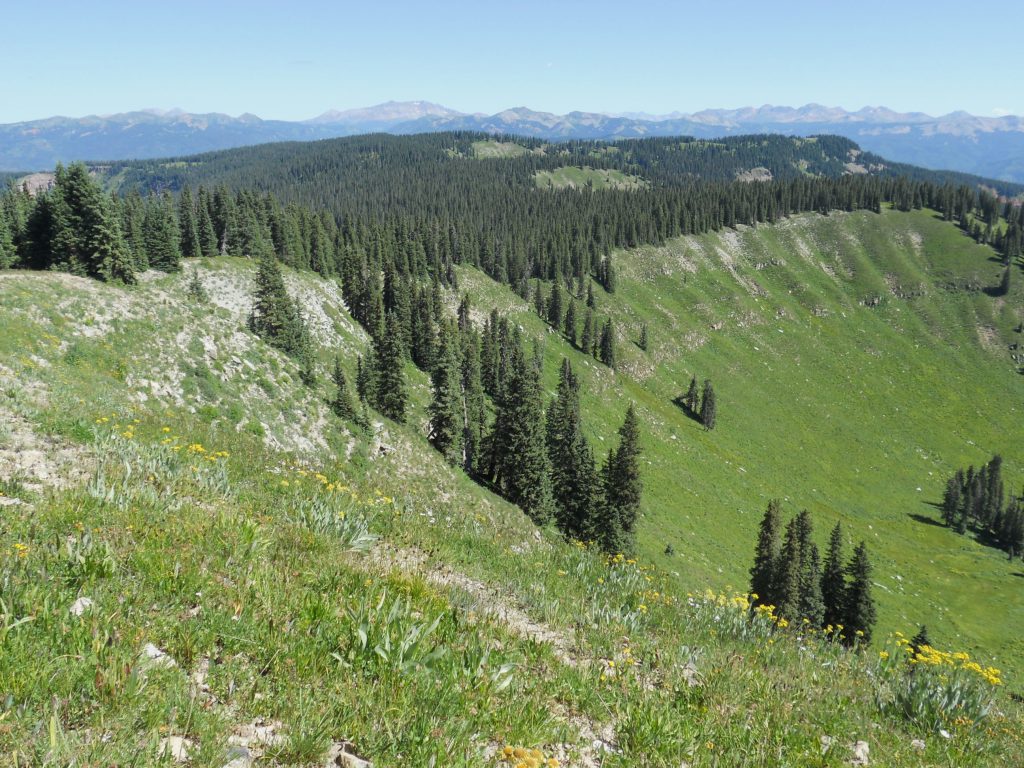 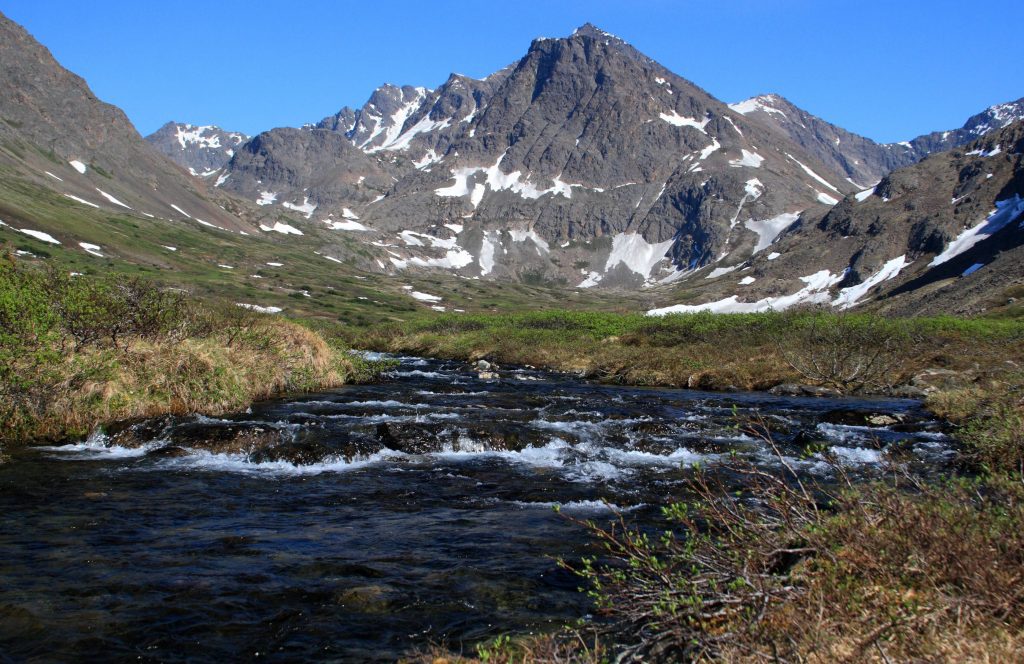 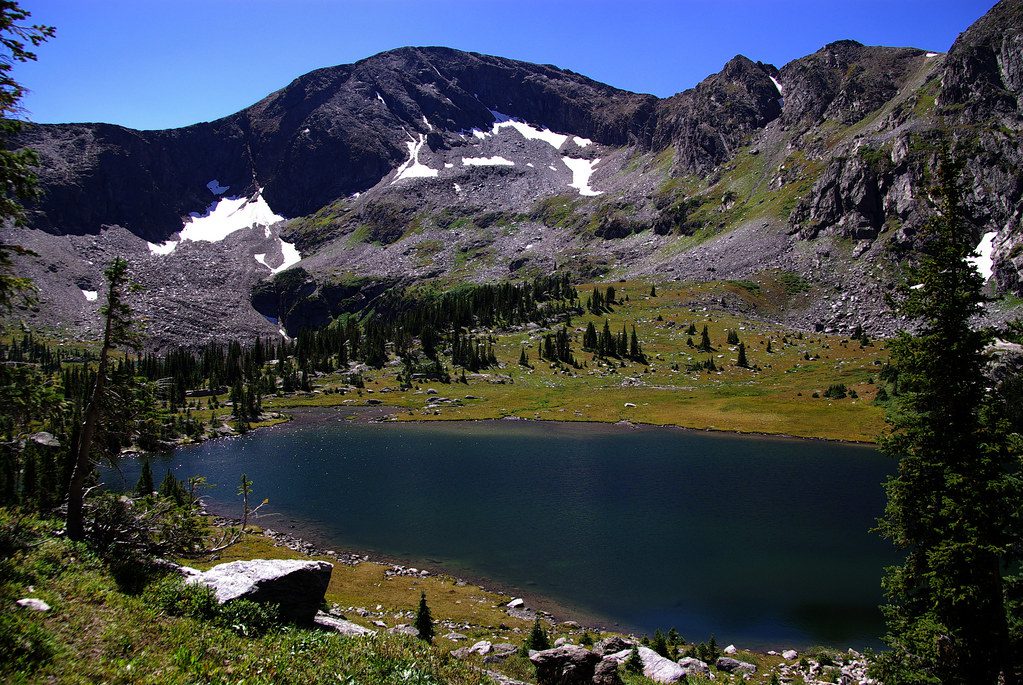 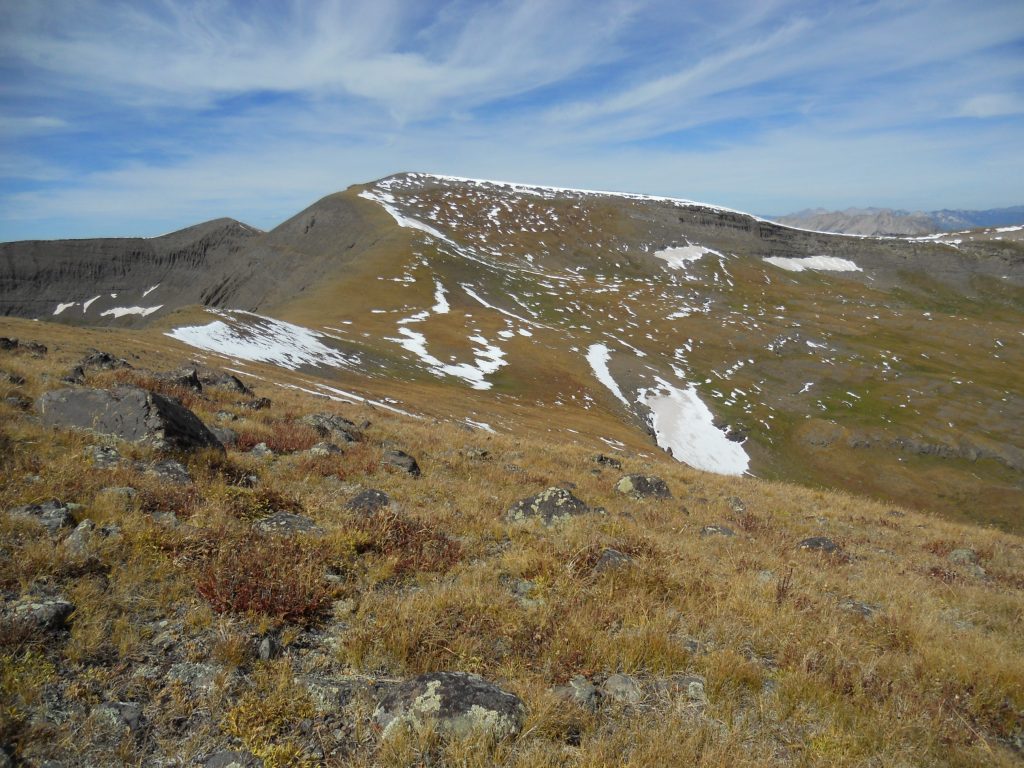 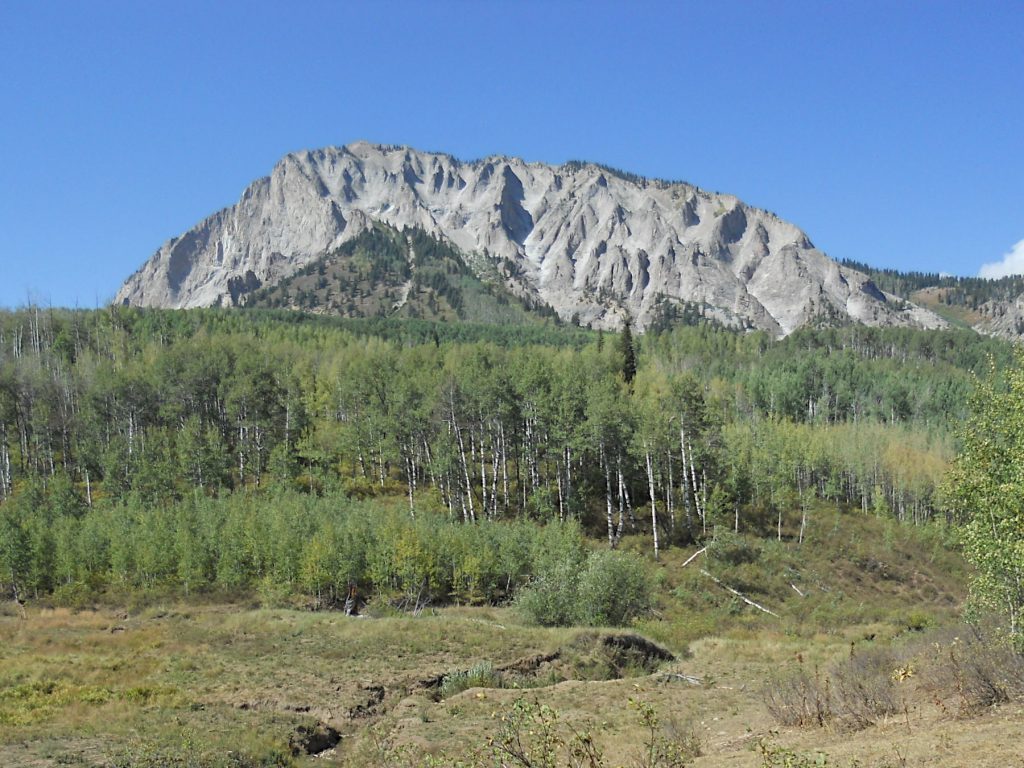 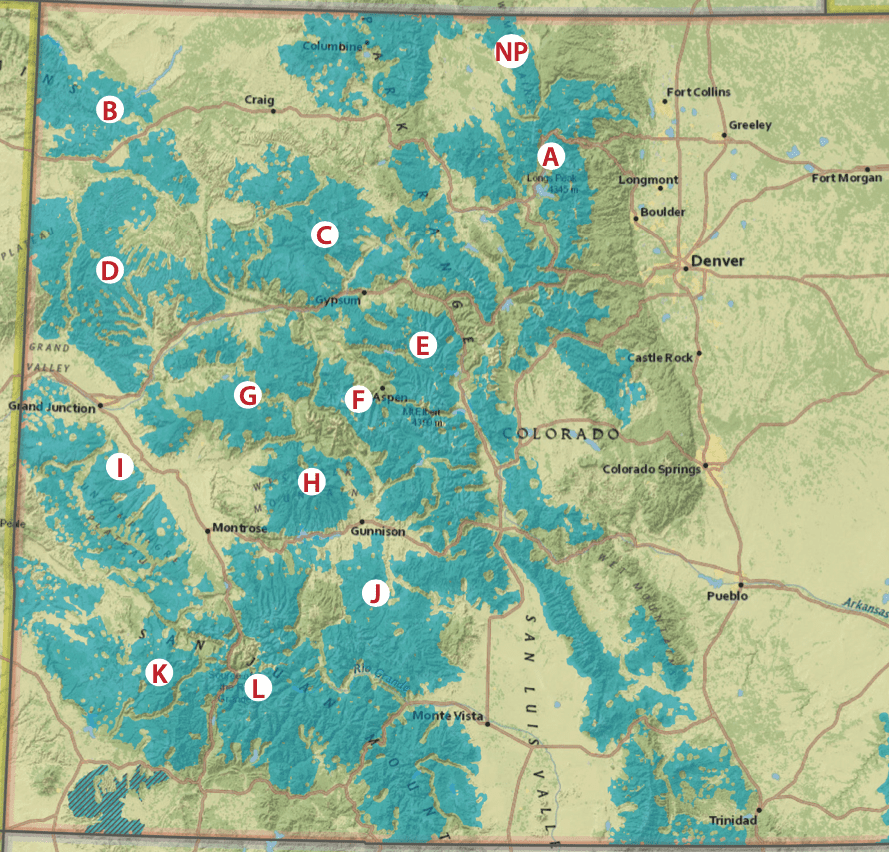 The large blue-green tracts represent suitable wolf habitat in zones 450 km2 and larger. The 12 proposed wolf habitat zones, along with the location of the North Park pack (“NP”) are marked. Note that the Southern Ute Reservation in SW Colorado qualifies as suitable wolf habitat. We have removed the area from consideration for reintroductions because, as a sovereign nation, the Southern Ute Indian Tribe has expressed opposition to having wolves reintroduced there. 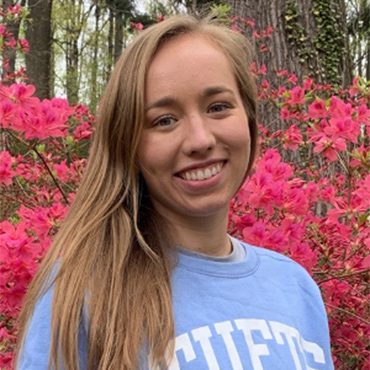