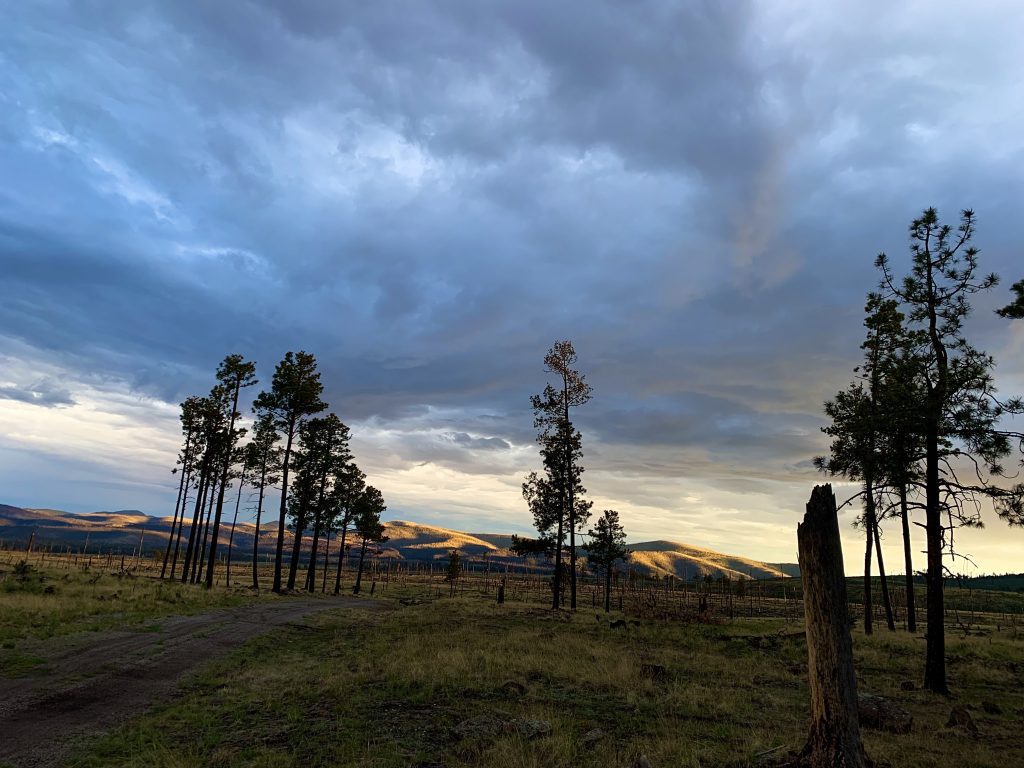 Abandoning the next frontier for all that we have to lose

Space can wait. Let’s turn ourselves towards all that we have to lose here on Planet Earth

When commenting on his impending inaugural expedition to space, Sir Richard Branson hinted at an exciting upcoming announcement regarding giving more people a chance to become astronauts because, as he put it, “…space does belong to us all.” It’s mid-July here in the foothills of the Sangre de Cristo mountains, just a few hundred miles north of Branson’s launch site. And even though the blessed monsoon season seems to be upon us, providing the indispensable afternoon rain showers that prevent much of this great state of New Mexico from spontaneously combusting in the scorching aridness of our summer months, we’re still carrying the heaviness of “extraordinary drought” conditions; a term bestowed by the National Oceanic and Atmospheric Administration on much of the American West.

I am reflecting on all this recent space pioneering, particularly as statements of opposition to such so-called “elitist space travel” have been perched upon the lips of so many politicians, from county commissioners to state senators to congresspeople roaming the halls of Capitol Hill. And meanwhile the big oil machine grinds on, frontline communities continue to suffer the brunt of the consequences, and landscapes like the Greater Gila whither under the duress of the twin crises. I often return to that ironically poignant bumper sticker, “Where are we going and why am I in this handbasket?”

For anyone paying attention to the current catastrophic state here on Earth, it is nearly impossible to fathom why an individual would choose to pursue such a grandiose venture, at so great a cost, both economically and environmentally, and why a government would allow such hubristic endeavors in the first place. THIS IS AN EMERGENCY. We are attempting to provide hospice care to a planet in peril, species peeling off her surface nearly daily, drought and fire wreaking havoc on entire regions across the globe. And this is only the beginning.

And so I cringe, not only at the grossly misdirected enthusiasm for the cold, dark, lifeless bleakness of humanity’s Next Frontier, but also at Branson’s declaration that space belongs to us all. Particularly as he uttered it just a county over from where the Greater Gila, that landscape for which I advocate, waits in peril as the megadrought continues to suck away her life force. It is this attitude of dominion and proprietorship that was largely used to justify the rapacious human appetites of the last few thousand years. This planet does not belong to one species alone. Nor does the solar system through which we perilously careen. We are mere specks, blips on the horizon of a universal unfolding that we will never fully comprehend.

Tomorrow I’ll go back to my job as a conservationist, trying to persuade the world that places like the Greater Gila Bioregion are worthy of their own survival. Because they are. And as much as I wish their intrinsic value was as obvious to others as it is to me, I persevere because, in the more-than-human realm, there are no frontiers to be tamed. Life exists as a momentary unfolding, a tale of death and birth and sometimes violence. The sky spreads itself into the arches and valleys of the Mogollon Mountains and the Black Range. A wolf howls. A cow elk barks. A collared lizard scurries behind a Pebbled Pixie Cup lichen-covered rock. These are the places we need. The places we belong to. Space can wait. Let’s turn ourselves towards all that we have to lose here on Planet Earth.