The letter comes from the Western Watersheds Project, Sierra Club, Wyoming Wildlife Advocates, WildEarth Guardians, the Humane Society of the United States, and Friends of the Bitterroot, and emphasizes the importance of required coexistence measures for grizzly bear management as the region strives toward full grizzly bear recovery. Read the full letter and recommendations here.

“Conflicts between humans and grizzlies are not inevitable but preventable, and we should be striving toward zero conflicts,” said Kristin Combs of Wyoming Wildlife Advocates. “Communities and livestock producers across the Northern Rockies have proven successful at preventing and reducing conflicts, so it is not an impossible task. Effective tools and practices can be scaled up and implemented in more places and should be done as soon as possible. We urge the Yellowstone Ecosystem Subcommittee to include all ideas in their recommendations, especially ones that have been proven to work.”

“Conflicts between bears and people, and bears and livestock, are consistently the two leading causes of grizzly bear deaths in the Yellowstone ecosystem. Not dealing with this reality puts the safety of people at risk too,” said Bonnie Rice, Senior Campaign Representative for the Sierra Club. “Making sure carcasses and other attractants are kept out of reach of bears, as well as using bear spray, range riders and electric fencing, have proven effective time and time again in preventing conflicts and injury to people, livestock and bears. These safeguards must be more widely and consistently required.”

“It is imperative that the Subcommittee members stand behind the implementation of proven conflict reduction tools instead of continuing to shy away from applying safeguards on a broader scale in the Greater Yellowstone Ecosystem,” said Jocelyn Leroux, Montana and Washington Director of Western Watersheds Project. “Although Subcommittee members seem stuck on the idea of livestock producer-led initiatives, the data clearly shows that closing public lands grazing allotments is what will make the difference.”

“We all have the same goal of preventing and reducing conflict,” said Sarah McMillan, Conservation Director at WildEarth Guardians. “Yet the Subcommittee continues to stop short of requiring the tried and true methods that can keep all—humans and bears alike—safe.”

The conservationist-led letter follows a discussion on conflict prevention at a recent YES subcommittee meeting in October, and details the groups’ feedback on the subcommittee’s recent report. The report identified three major issue areas: livestock conflicts and producer outreach, backcountry and hunting related conflicts, and front country conflicts and community planning. The findings showed that several measures have proven successful in reducing conflicts and provided priority recommendations for the future. However, the groups stressed that safeguards like food and attractant storage, and use of electric fence, bear spray, range riders and other measures—proven to reduce backcountry and hunting-related conflicts—must be required to keep all parties safe.

The groups also pushed the Subcommittee to include a clear recommendation to more broadly implement and enforce community ordinances that require proper storage to keep food and other attractants out of reach of bears and reduce conflicts in the front-country. And, despite data showing that the closure of public lands grazing allotments in grizzly bear recovery zones succeeded in reducing conflicts, recommendations on implementing more closures were also absent from the report’s recommendations. 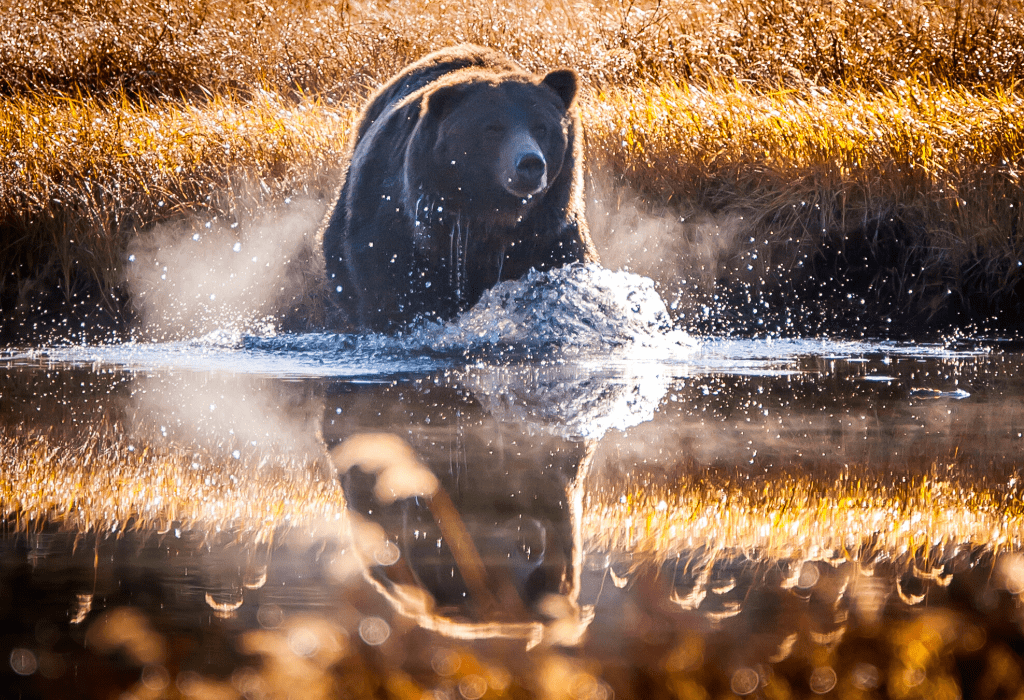 Conservation organizations are calling on grizzly bear and habitat managers to enact measures to prevent conflicts between grizzly bears and people.