Climate + Energy
#JustTransition, #KeepItInTheGround
Santa Fe, NM—WildEarth Guardians announced this week its intent to sue the U.S. Environmental Protection Agency over its failure to crack down on smog pollution in the Permian Basin of southeast New Mexico, where unchecked fracking is taking a dangerous toll on clean air.

“Despite the Biden administration’s promises to put public health first, the oil and gas industry is getting a free ride to pollute the Permian Basin and undermine clean air,” said Jeremy Nichols, Climate and Energy Program Director for WildEarth Guardians. “The Environmental Protection Agency needs to stop dragging its feet and start helping people.”

In the face of booming oil and gas extraction, levels of ground-level ozone–the key ingredient of smog–have violated federal health standards in southeastern New Mexico. In light of these violations, WildEarth Guardians in March called on the Environmental Protection Agency to declare the region a dirty-air area, otherwise known as a “nonattainment” area, under the Clean Air Act.

In a Clean Air Act petition filed with the Environmental Protection Agency’s Administrator, WildEarth Guardians also called on the Agency to sanction the State of New Mexico for turning its back on the serious smog problem and allowing the oil and gas industry to keep increasing air pollution in the region.

The Environmental Protection Agency has yet to respond to the petition.  In the meantime, ground-level ozone levels soared in the Permian Basin in 2021, pushing the region further out of compliance with federal health standards. Communities like Carlsbad and Hobbs, and even the iconic Carlsbad Caverns National Park, have suffered dangerously high ozone levels in 2021.

The delay comes even as Environmental Protection Agency Administrator, Michael Regan, has said public health is a priority for the Agency.

“While the Environmental Protection Agency drags its feet, clean air and people continue to suffer,” said Nichols. “This delay isn’t just unacceptable, it’s illegal and we aim to compel the Agency to follow through with its basic commitment to protecting air quality.”

Ground-level ozone forms when air pollution from smokestacks, tailpipes, and oil and gas extraction activities react with sunlight. Ozone poses serious health risks and children, seniors, and even active adults are most at risk. Ozone can trigger asthma attacks, worsen lung disease, scar lung tissue, and even cause premature death.

In the Permian Basin of New Mexico, the oil and gas industry is the largest source of ozone forming pollution. Wells, compressor stations, venting, flaring, processing facilities, pipelines, and refineries all collectively release massive amounts of pollution that have pushed ozone to unhealthy levels.

While federal health standards limit ozone concentrations in the air to no more than 70 parts per billion, this year ozone levels in the Permian Basin have soared above 90 parts per billion in the town of Carlsbad and surrounding communities.

Under the Clean Air Act, people can sue the Environmental Protection Agency for unreasonable delay in responding to petitions for action, but first have to give the Agency 180 days notice (six months).

This week WildEarth Guardians formally put the Environmental Protection Agency on notice that if there is no action in the next six months, the Agency will be sued for clean air. 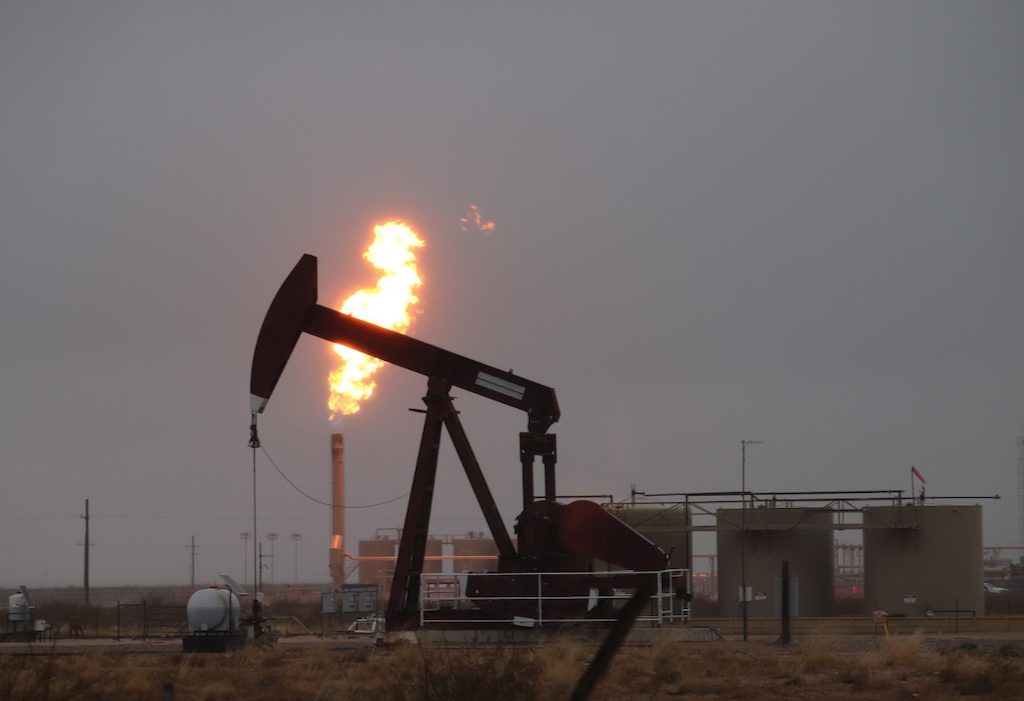