“For too long, oil and gas companies have saddled New Mexicans with the cost of abandoned wells and the risks of contamination,” said Daniel Timmons, Staff Attorney for WildEarth Guardians. “It’s time for the oil and gas industry to be held accountable for cleaning up its mess and we aim to drive that accountability.”

In a filing with the New Mexico Oil Conservation Division, Guardians put the agency on notice of its intent to file suit against companies over widespread violations of the state’s oil and gas regulations. At issue is the failure of more than 350 companies to clean up non-producing oil and gas wells, also known as “inactive” wells, as required by Oil Conservation Division rules.

These companies include major producers like Chevron, XTO (a subsidiary of Exxon), ConocoPhillips, and EOG (formerly Enron).

According to the Oil Conservation Division’s own records, there are currently 3,357 oil and gas wells in New Mexico that have not produced any oil or gas for more than 15 months. These wells are located throughout the state, but primarily in northwestern New Mexico’s San Juan Basin and southeast New Mexico’s Permian Basin.

Many of these inactive wells have not produced for decades. In some cases, last production was reported in 1980.  Many of these wells are effectively abandoned, posing serious environmental, health, and safety risks.  Inactive wells are more likely to fall into disrepair, leading to leaks, spills, and other harmful releases.

“Rather than comply with the rules, oil and gas companies are foisting the costs of their high risk wells onto New Mexico,” said Jeremy Nichols, Climate and Energy Program Director for WildEarth Guardians.  “It’s time for industry to comply with the law and start cleaning up its dangerous messes.”

Under New Mexico regulations, if an oil or gas well does not produce for 15 months, a company must plug the well and reclaim the site. Although companies may request permission to put the well in a “temporary abandonment” status, rules limit the number of temporarily abandoned wells a company can own, as well as impose strict requirements for bonding and monitoring these wells.

Today’s notice comes as the oil and gas industry is increasingly under fire for failing to guarantee money to clean up wells in New Mexico. While companies are required to post bonds to assure reclamation of well sites in the event of abandonment, a recent report prepared in conjunction with the New Mexico State Land Office found the industry is failing to ensure more than $8.1 billion in clean up costs in the state. These clean up liabilities are currently shouldered by taxpayers.

“These non-producing oil and gas wells are yet another shocking example of how industry is not shouldering the true cost of doing business in New Mexico,” said Nichols.  “We have to stop subsidizing this dirty industry, we have to stop letting industry get away with leaving a legacy of pollution for future generations.”

Abandoned wells are already a major problem in New Mexico. With more than 3,350 inactive, violating wells in the state, the abandoned wells problem is likely much more serious than previously reported, meaning New Mexicans are currently shouldering significant oil and gas industry liabilities.

New Mexico law provides that any person or organization can file a lawsuit in state court directly against a company for violating the state’s oil and gas laws and regulations. Before filing suit, the Oil Conservation Division first has to be notified and given a chance to take their own enforcement action.

Today’s notice requests that the Oil Conservation Division take action to confront illegal oil and gas wells, but also states that WildEarth Guardians will file suit if the agency declines to act.

“We look forward to the Oil Conservation Division looking closely at this issue and working to ensure the state’s oil and gas industry does not jeopardize the health and safety of New Mexicans,” said Timmons.  “In the meantime, we stand ready to go to court if need be to ensure companies are held accountable.” 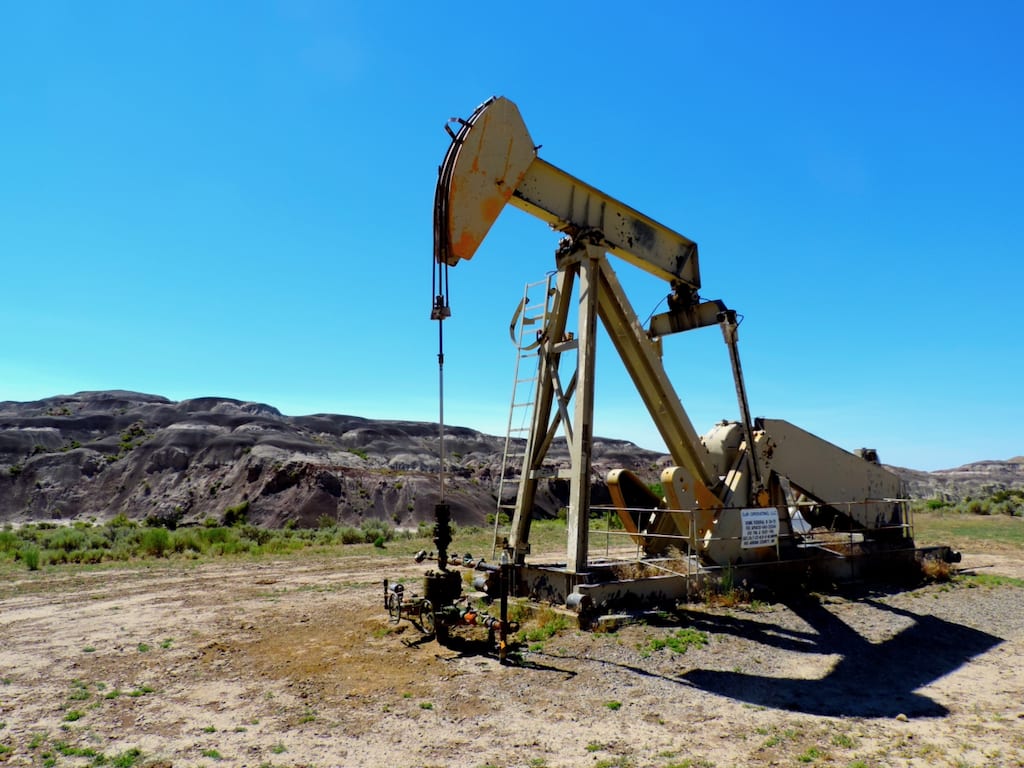 Formerly inactive well in New Mexico that has since been reclaimed.