“There’s no other way to put it, the oil and gas industry is getting a free pass to pollute in New Mexico,” said Jeremy Nichols, Climate and Energy Program Director for WildEarth Guardians. “Despite promises to confront the industry’s pollution, Governor Michelle Lujan Grisham and her administration continue to let companies operate illegally and defy fundamental clean air laws meant to protect people and communities.”

At issue is the New Mexico Environment Department’s practice of letting some of the biggest oil and gas companies pollute before obtaining legally required operating permits.

Under the federal Clean Air Act, operating permits are required for large polluters and ensure facilities operate in compliance with all applicable air quality laws and regulations, as well as ensure more stringent monitoring and transparency. This provision is often referred to as “Title V permitting.”

Many of these facilities are located in the Permian Basin of southeast New Mexico, where the oil and gas industry is fueling a serious ground-level ozone pollution problem.

“Oil and gas companies are blatantly and deliberately breaking the law and the New Mexico Environment Department is letting it happen,” said Nichols. “We desperately need the Environmental Protection Agency to step in and put an end to this dangerous dereliction of duty.”

While the New Mexico Environment Department is moving to adopt new rules to crack down on the oil and gas industry’s air pollution, the Department’s failure to enforce fundamental clean air laws raises concerns that any new regulations will be ineffective. Today kicks off the first of what will likely be a two week hearing around the Department’s proposed rules.

“New clean air rules are a positive step forward, but if the Environment Department is going to keep letting oil and gas companies continue to illegally pollute, they won’t be worth the paper they’re written on,” said Nichols. “A lack of adequate regulation is part of the problem, but the Environment Department also has to start following and enforcing the rules already on the books.”

WildEarth Guardians has urged the Environment Department to adopt more stringent rules to rein in oil and gas industry air pollution. The Department has opposed this proposal.

Today’s petition formally calls on Michael Regan, the Administrator of the U.S. Environmental Protection Agency, to find that New Mexico is failing to properly administer its Title V permitting program and to direct the Environment Department to order companies operating without legally required permits to cease operations.

By law, if a state is not properly administering a Title V permitting program, the Environmental Protection Agency can sanction and even strip authority from the state. 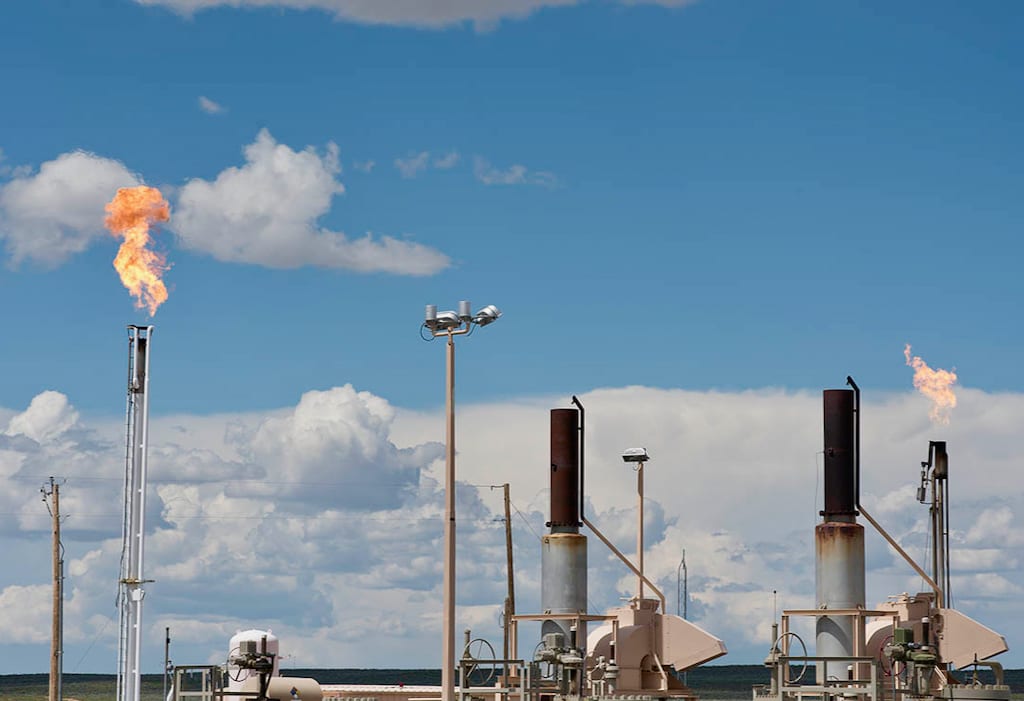