ALBUQUERQUE, N.M.—In time for the hearings held this week by federal agencies to begin the Biden administration’s revision of the 2020 Navigable Water Protection Rule, an important new study highlights how vital non-perennial streams (those that don’t flow year-round) are to ecosystems and society and the danger these streams are in due to climate change. The study, published in Environmental Research Letters, examined intermittent streams across the country and found wide-spread decrease in flows in these waterways.

Importantly, the scientists warned that “stream intermittency is changing over much of [US]” and “that binary classifications into ‘perennial’, ‘intermittent’, and ‘ephemeral’ [as] used in these US policies may not be valid as non-perennial flow dynamics can change through time.”

The Trump administration’s 2020 Navigable Water Protection Rule—or Dirty Water Rule—used these classifications to eliminate clean water protections from over 60 percent of rivers, streams, lakes, wetlands, and other waters across the US, including upwards of 90 percent of rivers and streams in the desert Southwest. The majority of waterways left unprotected from pollution and development were those that do not flow year-round and as flows continue to decline due to climate change even more rivers and streams could be left vulnerable to pollution and development.

“Here in New Mexico 93 percent of the state’s streams and rivers are intermittent or ephemeral,” said Tricia Snyder, Rio Grande Campaigner for WildEarth Guardians. “These temporary waterways are indispensable in arid environments, supporting a diverse array of plant and wildlife communities, impacting water quality, and recharging groundwater. Under the 2020 Dirty Water Rule all of these streams lost federal protection, which is unacceptable.”

The study comes at an important moment, as the Environmental Protection Agency and US Army Corps of Engineers begin a process to revise the regulatory definition of “waters of the United States” under the Clean Water Act. The most recent iteration of this rule, the 2020 “Navigable Waters Protection Rule” was vacated earlier this week by the US District Court for the District of Arizona in litigation brought by Earthjustice on behalf of the Pascua Yaqui Tribe, Quinault Indian Nation, Fond du Lac Band of Lake Superior Chippewa, Menominee Indian Tribe of Wisconsin, Tohono O’Odham Nation, and Bad River Band of Lake Superior Chippewa.

“The Dirty Water Rule was the biggest step backwards in the protection of our nation’s waters since the Clean Water Act was made into law in 1972,” added Snyder. “While we are pleased that the Biden administration is working to undo the 2020 rule, we are disappointed that it took the courts to act to halt this misguided rule to ensure no more harm is done to communities, cultures, and the environment.”

During the listening sessions held over the past two weeks, WildEarth Guardians, Rio Grande Waterkeeper, and Waterkeeper Alliance, among other concerned citizens and public health and environmental groups called on federal agencies to immediately rescind the current rule and to restore broad clean water protections that protect people and the environment. The testimony of Jen Pelz, Rio Grande Waterkeeper and Wild Rivers Program Director for WildEarth Guardians can be found here. In addition, Guardians and Rio Grande Waterkeeper also delivered a letter, signed by 6,002 supporters calling for immediate action on the part of the federal agencies to restore pre-2015 protections to rivers, streams and wetlands throughout the country.

The EPA and Army Corps are still taking written comments through the end of today. Comments can be submitted at: https://www.regulations.gov/commenton/EPA-HQ-OW-2021-0328-0001. 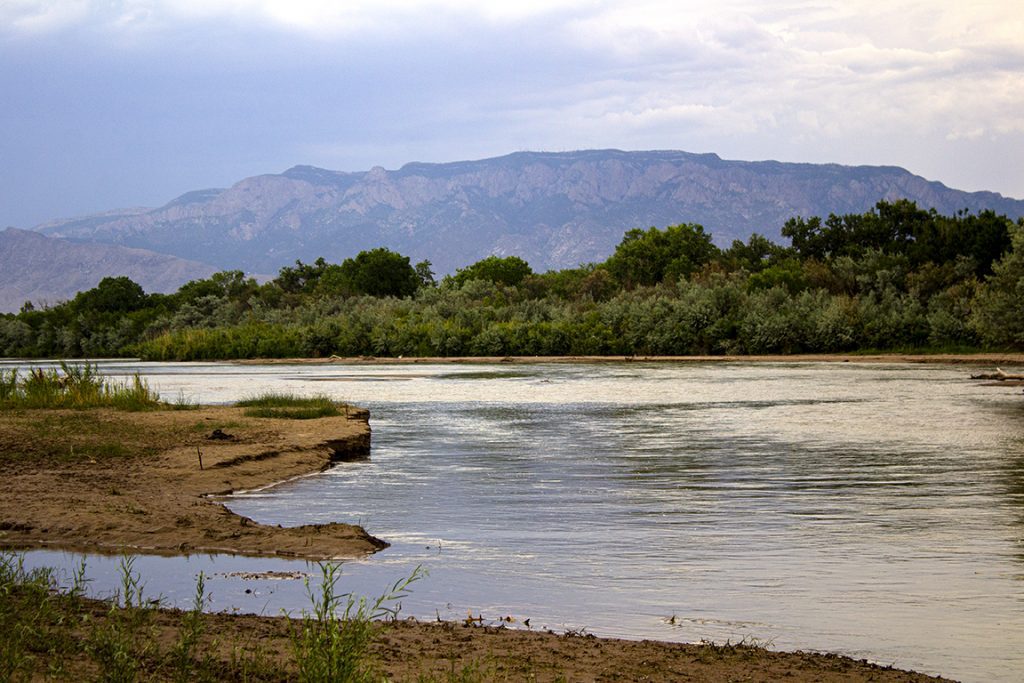 Many of our nation’s most important tributary streams, including most of those that feed into the Rio Grande—pictured here in Albuquerque, June 2021—lost protection under the Trump administration’s 2020 rule change. Photo: Javier Gallegos.