Rivers
#LivingRio, #LivingRivers, #PressStatement, #RethinkRivers, #ReviveTheRio, #RioGrande
ALBUQUERQUE, N.M.–The Natural Resource Conservation Service (NRCS) this week released a dire streamflow forecast for the Rio Grande Basin in 2021. The Service estimates streamflow at 59 percent of average at the Otowi Gauge in northern New Mexico, a serious decline from the 90 percent forecasted this time last year. Dry conditions in the latter half of 2020 translated into parched soil, which means higher than normal snowpack will be needed to see even average runoff.

“We’re facing an incredibly tough water year for both people and the environment,” said Tricia Snyder, Rio Grande Campaigner at WildEarth Guardians. “As climate change continues to ravage the West and expose the region’s unsustainable water use and archaic policies, it’s an urgent reminder that we need a drastic overhaul in how we value and manage western rivers.” 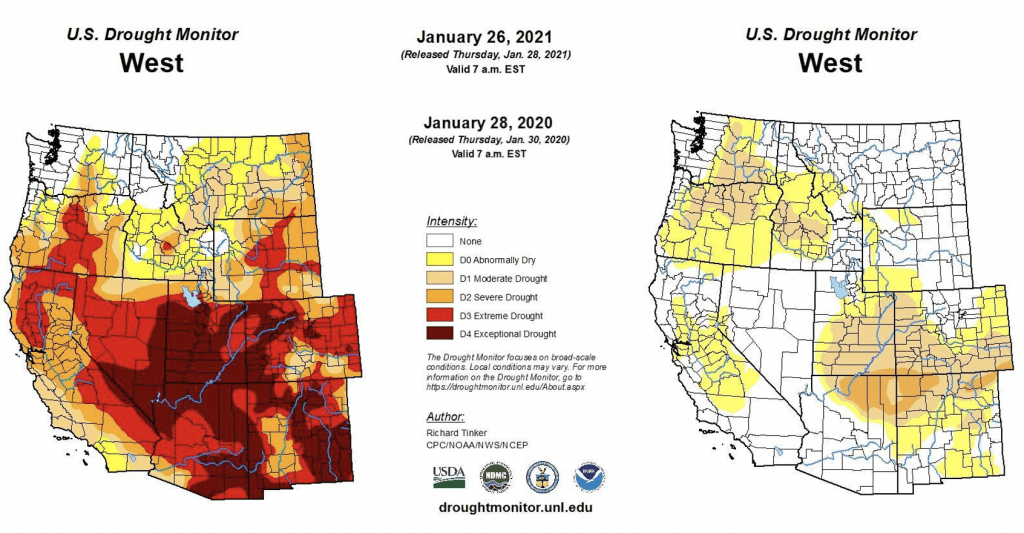 This is a stark change from the conditions on the ground last year. In 2020, conditions were abnormally dry and parts of the West were experiencing moderate to severe drought, but nothing like this year.

Another significant difference this year is that reservoirs on the Rio Grande and Rio Chama (e.g. Heron, El Vado, Abiquiu, Elephant Butte, and Caballo) are just at a fraction of their capacity which means that water in storage will not serve to buffer these extremely dry conditions and less than average flows. 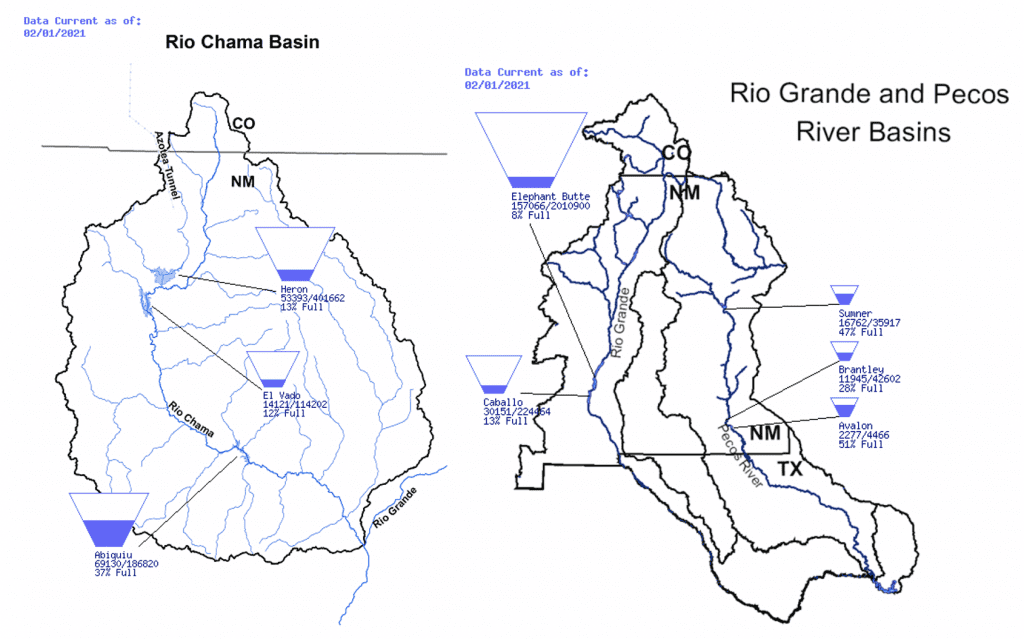 “In a basin where every drop of water is already promised to water users and the river does not have right to its own water, we have to take these changes to flow regime shifts very seriously,” added Snyder. “Let’s not turn a blind eye to the permanent consequences of species extinction and ecosystem collapse that will result if we don’t provide basic flows to the river’s living things.”

To complicate matters further, the application of rigid and archaic laws and agreements—like the Rio Grande Compact—that serve to allocate water between Rio Grande Basin states will have severe consequences on how and where water is available. For example, a 2013 Reclamation study concluded that due to climate change flows in the Rio Grande will decrease overall by about one-third by 2100. However, these impacts will not be felt uniformly across the Basin. Flow declines are projected to be 25 percent in Colorado, 35 percent in the middle valley in central New Mexico, and up to 50 percent in southern New Mexico and Texas.

Further, New Mexico currently owes Texas nearly 100,000 acre-feet of water. As a result, New Mexico water users will have to bypass water through reservoirs where it could typically be stored. It also means there is a lot of pressure on water managers to bypass river ecosystems (by routing the river’s water through canals, drains, and other artificial channels) to fast track it to Elephant Butte Reservoir to deliver to Texas and meet compact obligations. The use of artificial channels left the Rio Grande dry late into November of last year and this could happen again and often in 2021.

“This year is going to require hard choices and sacrifices if we have any chance of maintaining the irreplaceable Rio Grande ecosystem and the quality of life New Mexicans have come to know,” said Jen Pelz. “My hope is that compliance with an 80-year old agreement does not dictate the care we bring to ensuring that water is shared and the basic needs of the environment are not sacrificed.” 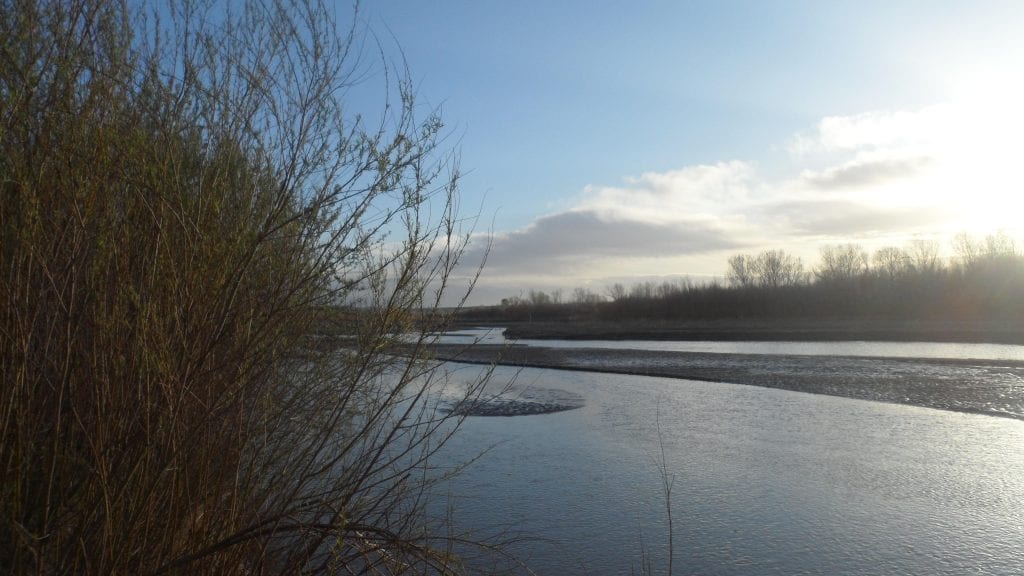 WildEarth Guardians (www.wildearthguardians.org) is a conservation non-profit whose mission is to protect and restore the wildlife, wild places, wild rivers, and health of the American West. Guardians has offices in Arizona, Colorado, Idaho, Montana, New Mexico, Oregon, and Washington, and over 275,000 members and supporters worldwide. Follow Guardians on Facebook, Twitter, and Instagram for updates.