Climate + Energy
#JustTransition, #KeepItInTheGround
Santa Fe, NM–In response to a petition filed by WildEarth Guardians, the New Mexico regulators tomorrow will decide whether to outlaw spills of the oil and as industry’s toxic fluid waste, also known as “produced water.”

“Unbelievably, it is not illegal for the oil and gas industry to spill its toxic waste in New Mexico,” said Jeremy Nichols, WildEarth Guardians’ Climate and Energy Program Director.  “For the sake of peoples’ health and the safety of communities, this absolutely has to change.”

In early September, WildEarth Guardians requested the New Mexico Oil Conservation Commission adopt a rule that would make spills of toxic “produced water” illegal.  The petition was filed in response to ongoing reports of “produced water” spills in New Mexico, many of which have devastated peoples’ health and safety, clean water, and communities.

The oil and gas industry’s “produced water” is created as a result of hydraulic fracturing and in the process of producing oil and gas.  This “water” is actually fluid waste that is riddled with toxic contaminants, including heavy metals, salts, and radioactive materials, and is considered too toxic to treat.

In spite of its extreme hazard, spills of “produced water” are not technically illegal in New Mexico.  This has led to careless and haphazard handling of this waste and regular spills. So far in 2020, more than 400 produced water spills have been reported.

A recent report by Earthworks found these spills threaten workers, the state’s waters, people, and communities.

This week, New Mexicans delivered the Earthworks report to New Mexico Governor Michelle Lujan Grisham. In conjunction with the delivery, Guardians joined youth climate activists in holding a press conference and rally outside the State Capitol.

During a virtual hearing tomorrow starting at 9 AM, the Commission will decide whether to schedule a hearing to adopt WildEarth Guardians’ proposed rule or reject it.

WildEarth Guardians’ Staff Attorney, Daniel Timmons, will be leading the effort and will reinforce the call for more effective regulation of the oil and gas industry’s toxic “produced water.” 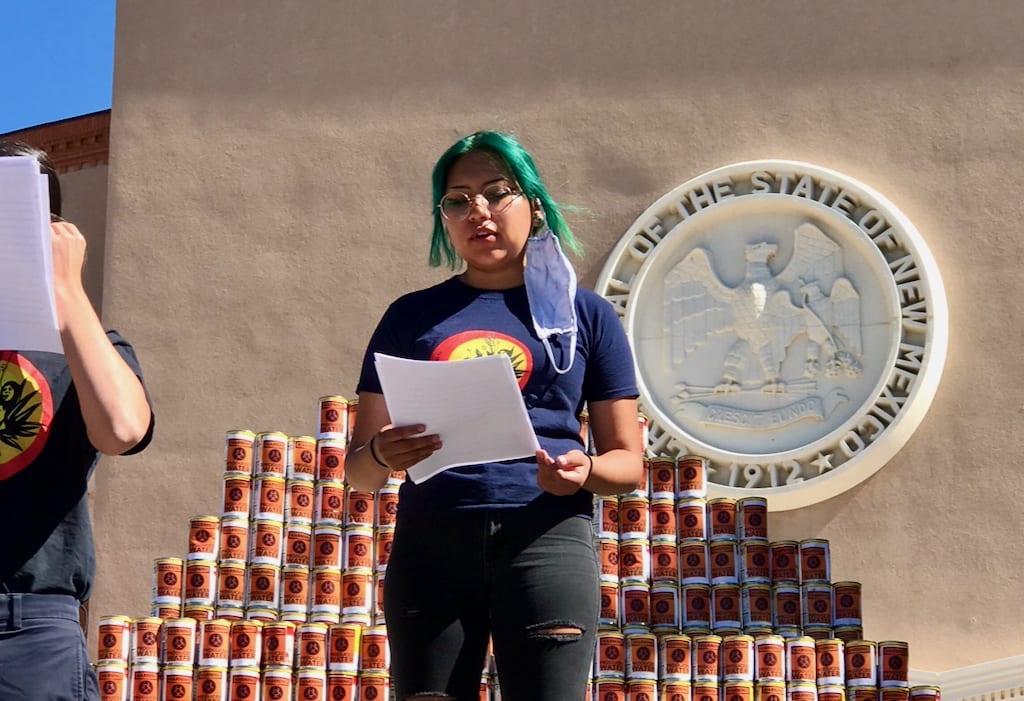