Rivers
#LivingRio, #LivingRivers, #PressStatement, #ProtectWhatYouLove, #RethinkRivers, #RioGrande, #StopExtinction
ALBUQUERQUE, N.M.—Thousands of voices from across the U.S. were heard urging the Rio Grande Compact Commission to take immediate action and ensure the Rio Grande remains a living river for generations to come. WildEarth Guardians made this request on behalf of its members by testifying at the Commission meeting last week and submitting this letter and petition today.

“We don’t have any more time to waste,” said Tricia Snyder, Rio Grande Campaigner at WildEarth Guardians. “Climate change is here and it’s impacting the Rio Grande and the plant, wildlife, and human communities that depend on it now. Business-as-usual is no longer an option and the Commission must find ways to honor all the needs and values of the Rio Grande Basin, including the ecological health of the river.”

The Rio Grande Compact is an agreement between the states of Colorado, New Mexico, and Texas that was signed in 1938. The intent of the Compact was to resolve conflicts and equitably divide the waters of the Rio Grande between the Basin states. However, the 1938 allocations are based on river flows and climate conditions that no longer exist today. Despite this warmer and dryer reality, the nearly 100-year-old agreement has not changed.

The Commission is composed of a representative appointed by the Governor of each of the Basin states and a federally-appointed chair. The body meets annually to review the information from the prior water-year and make management decisions. During the public comment period of the 82nd Annual Meeting on April 8th, Guardians submitted its letter and delivered a petition, signed by more than 4,500 people, urging the Commission to do more to ensure a living river. No other public comments were delivered.

“The Commission is an extremely insulated group of water managers that rarely have to face the people who are impacted by their decisions,” added Snyder. “Climate change is speeding a reckoning for the Rio Grande Basin and the Commission and the Compact need to adapt to the times. We need to start now.”

The current U.S. Drought Monitor identifies most of the West as being in extreme or exceptional drought conditions and future projections show drastic flow reductions in the Rio Grande due to climate change. The flow reductions will not be distributed equitably among the states due to operation of the Compact. A reduction of 25 percent in Colorado, 35 percent in the middle valley of central New Mexico, and more than 50 percent in southern New Mexico and west Texas. These downstream communities already experience a dry river most of the year.

“We need leadership, transparency, and accountability from the Compact Commission,” said Jen Pelz, Wild Rivers Program Director at WildEarth Guardians. “The Rio Grande Compact dictates so much of how water is managed in the region. At a bare minimum, it should be operating based on reality and not on nearly 100-year-old hydrologic conditions that no longer exist.” 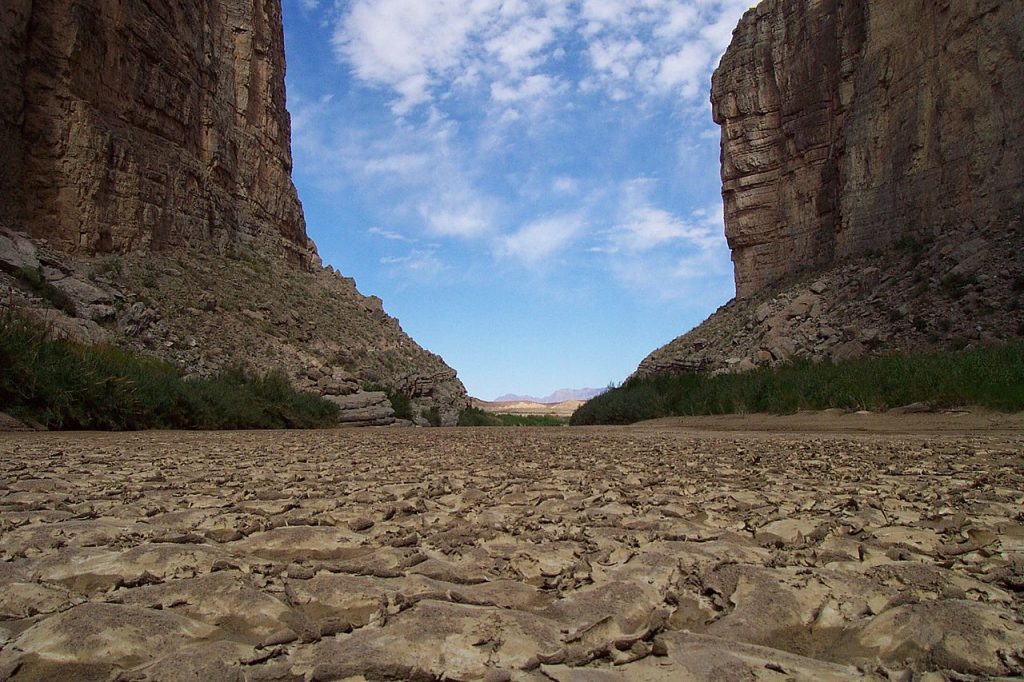 Some parts of the Rio Grande already experience a dry river most of the year.