The shocking move demonstrates how out of touch the Utah Division of Water Resources and its lobbying partners have been in understanding the impacts of climate change on the Colorado River and of the Pipeline’s impact to the water supplies of seven states. The letter notes that:

“As Governors’ representatives of the Colorado River Basin States of Arizona, California, Colorado, Nevada, New Mexico, and Wyoming, we write to respectfully request that your office refrain from issuing a Final Environmental Impact Statement (FEIS) or Record of Decision (ROD) regarding the Lake Powell Pipeline until such time as the seven Basin States and the Department of the Interior (Interior) are able to reach consensus regarding outstanding legal and operational concerns raised by the proposed Lake Powell Pipeline project.”

“This opposition demonstrates how incredibly out of touch the Utah Division of Water Resources has been on the Pipeline” said Zach Frankel, executive director of the Utah Rivers Council which has fought the Pipeline for 10 years. “It’s the 21st Century, and Utah’s water leaders need to stop selling and start listening” said Frankel.

They joined scores of groups and many hundreds of people across seven states submitting comments of opposition to the Lake Powell Pipeline to the Provo Office of the Bureau of Reclamation for the DEIS. The project drew criticism across the American West because the Colorado River has dropped dramatically with reservoir levels at 50% of capacity in an era of water cuts and climate change.

This is a historic first for 6 of the 7 Colorado River Basin States to reprimand another state on what they see as “serious legal concerns relating to the 1922 and 1948 Compacts, including the accounting of the Lake Powell Pipeline diversion and other operational issues under the Law of the River.”

Utah ignited the water war with other Colorado River Basin states by pushing the Lake Powell Pipeline even without a demonstrable need for the water. Utah water officials justified the Pipeline with a high municipal water use of over 300 gallons per person per day, while other cities like Las Vegas, Denver, Los Angeles and Phoenix have water use between 120 and 150 gpcd, or less.

In a separate letter, the Southern Nevada Water Authority noted that what the:

“Utah Board of Water Resources characterizes as extreme conservation efforts and impractical conservation, are actually commonly applied in an efficient and effective manner in many other communities.”

But Utah water leaders rejected all water conservation options in favor of the Pipeline, claiming Washington County needed a water supply larger than Tucson or Albuquerque even though just 180,000 people reside in Washington County.

“This project is water hoarding at its finest,” said Jen Pelz, the wild rivers program director at WildEarth Guardians. “Utah wants to cash in on its ‘water entitlement’ under the Colorado River Compact so badly that it is willing to upset the fragile balance of a basin that supports 40 million people, recreational and agricultural economies, tribal lands and cultures, and irreplaceable landscapes and ecosystems.”

“Secretary Bernhardt should listen to the six Colorado River states that just asked him to delay any decision regarding the Utah’s unnecessary and harmful proposed Lake Powell Pipeline. All six states, especially Arizona, would be hurt by Utah’s attempted water grab from the drought-stricken Colorado River.” said Douglas Wolf, Senior Attorney, Center for Biological Diversity

“It is not often where grassroots groups and government water buffaloes are aligned on bad water projects, but the Lake Powell Pipeline is such a boondoggle that opposition is now widespread,” said Kyle Roerink, Executive Director of the Great Basin Water Network. “We hope St. George finally begins to follow the lead of communities like Las Vegas, Denver, Albuquerque, Phoenix and others that have implemented world-class conservation programs.”

“The behavior of exclusivity by Utah water managers in a shared river basin where equity is the overriding prerequisite for good decision-making is why this intervention occurred. If the final outcome of this high stakes meeting doesn’t remotely look like equity, then all hope will be lost.” – John Weisheit, Director of Save the Colorado

“We are fighting against about twenty five proposed new dams, diversions, and pipelines across the Colorado River basin, and the Lake Powell Pipeline is one of the biggest of all,” said Gary Wocker, the executive director of Save the Colorado. “As such, the State of Utah should expect the biggest legal battle imaginable–this pipeline represents a line in the sandy Utah desert that we will not allow to be soaked with the Colorado River’s water.”

A coalition of groups also submitted extensive comments opposing the embattled Lake Powell Pipeline. The coalition has requested the Bureau of Reclamation explore other less expensive and environmentally destructive means for meeting the water needs of residents of Washington County in southwest Utah. This is also an Alternative identified as missing from the DEIS in the letter sent to the Secretary of the Interior by the 6 State Coalition.

The Lake Powell Pipeline is one of the projects identified by the Trump Administration—in its June 4, 2020, Executive Order No. 13927—to be fast tracked through the environmental review process. 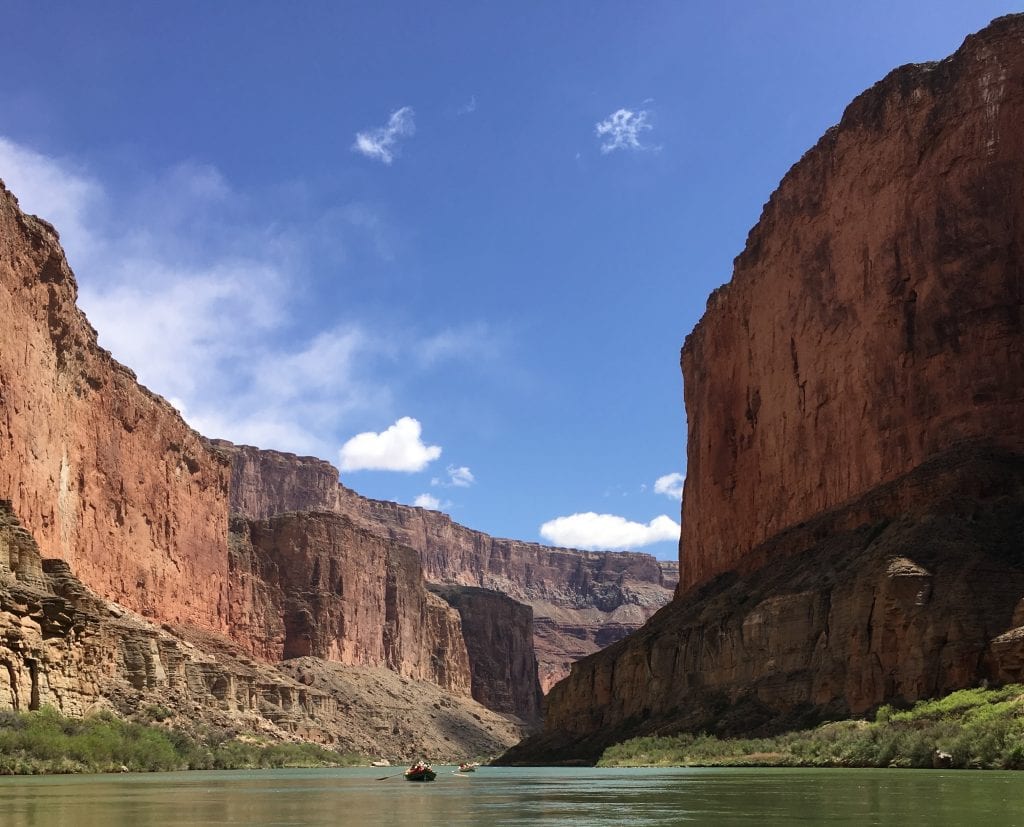 The Lake Powell Pipeline project is a proposal would divert 28 billion gallons of water per year from Lake Powell and transfer it via a 140-mile long pipeline to Washington County in southwest Utah for municipal purposes. This reckless project threatens the future of both people and ecosystems across the Colorado River Basin. The pipeline will take water that is vital to downstream communities, recreational and tourist economies, native cultures, and endangered fish and wildlife. Photo by Marlies Wierenga/WildEarth Guardians.