Rio Grande is Dry, Despite Wettest Winter in a Decade 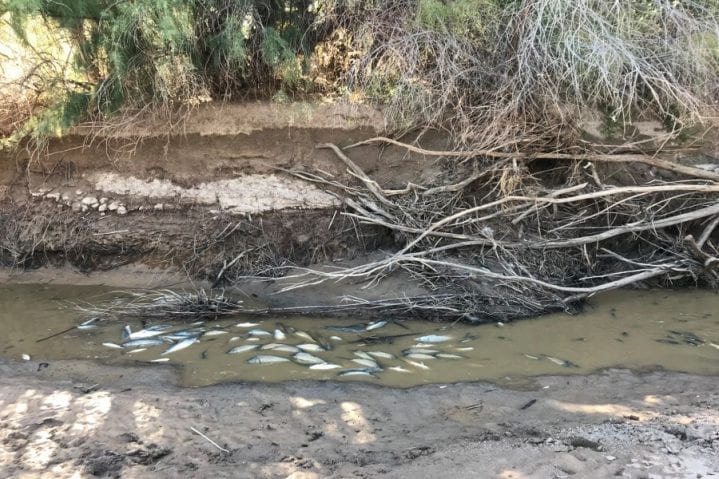 Thousands of those minnows are now dying. The cause is not natural, but is the result of excessive diversions for irrigation.“The Rio Grande is dry despite our wettest year in a decade. Outdated water policies allow for excessive diversions from the Rio, drying this section of the river once again, like every year in the past decade,” said Galen Hecht, of WildEarth Guardians. “If we don’t start managing the river for the health of fish and wildlife, we jeopardize the health of all New Mexicans and the iconic species that rely on the Rio Grande.”

The US Fish and Wildlife service reported that they were out working to rescue 200 silvery minnows per mile last week, but thousands are dying with the loss of habitat. Last year the minnow population declined 99.5%. This spring’s spawn of minnows gave hope that there would be some recovery, but irrigators in the middle valley continue to dry the river, dramatically stifling any gains in minnow population.

The regular lack of late-season flows in the Rio Grande deprives the young-of-year silvery minnows of the habitat they need to support their growth and development and in turn spawn the following spring. The river drying negates the efforts of water managers earlier in the year to generate a large peak flow to cue spawning in the minnow because most of the fish die before the end of the irrigation season.

“Sucking a river dry for industrial scale growing of water intensive crops like alfalfa in the desert is not a sound strategy for recovering a critically imperiled species or a threatened river,” added Hecht. “The only way to break the downward spiral of the minnow and improve the health of the river is to keep the river flowing and connected.”

The U.S. Fish and Wildlife Service listed the Rio Grande silvery minnow as endangered in 1994. However, despite the increased protections, silvery minnow populations have declined precipitously to levels lower than existed at the time of listing. Data from recent reports indicate that in 2018, the minnow’s population was just 1.4% of the 25-year average since the species was listed. Even more strikingly, the minnow’s population decreased 99.5% from 2017-2018. 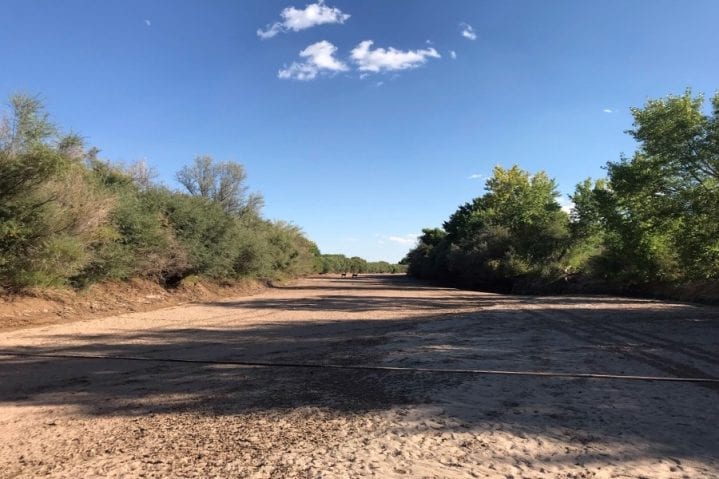 Drying in the river is due at least in part to a 2003 political compromise that allows irrigators to dry the Rio Grande below Isleta diversion dam each year from June 15 to October 31. This section of river provides the best minnow habitat and is where the majority of the population is found.

The key reaches of the river south of Albuquerque have dried every year since 2001, with the exception of 2008, due to the significant diversions by the Middle Rio Grande Conservancy District. During the most extreme year, the river dried for up to 68 miles (40 percent) of the minnows designated critical habitat. The entire critical habitat for the minnow totals 157 miles between Cochiti Dam and Elephant Butte Reservoir, but the remaining fish populations tend to center in the area where the river is now dry because it offers the best habitat for spawning when there is water.

“The UN warned us earlier this year that species extinction is a ticking time-bomb for the health of the planet,” added Hecht. “The lack of meaningful action to support the health of the river and the health of all those who rely on it is simply unacceptable, especially in a year with a relative abundance of water. WildEarth Guardians and our Living Rio Campaign will continue to fight for living rivers here in New Mexico.”

Read more about WildEarth Guardians efforts for a #LivingRio: https://wildearthguardians.org/rivers/rio-grande-americas-great-river/