Agency “categorically excluded” tree cutting, burning, and road construction on over 3.7 million acres from any serious environmental review and public input in just first quarter of 2020

The report, titled “The Forest Service & Categorical Exclusions: Misuse, Obfuscation Reveal a Clear Need for Changes” found that from January through March of 2020, the Forest Service “categorically excluded” tree cutting, burning, and construction of temporary roads on over 3.7 million acres from any serious environmental review and public input. The report follows a summary of findings WildEarth Guardians released earlier in the year in this video.

“At a time when the Forest Service is set to further eliminate environmental oversight and public involvement of agency decision-making under Trump’s proposed rewrite of environmental rules, our report finds the agency is already abusing existing laws and policies to the detriment of fish and wildlife habitat on public lands,” stated Adam Rissien, Rewilding Advocate with WildEarth Guardians. “Our report found that the Forest Service is proposing projects covering thousands, and in several cases, hundreds of thousands of acres for up to 15 years or more. Can you imagine what will happen when they are given even more leeway with less public oversight? It will be a disaster for wildlife, water quality, and forests.”

Laws such as the National Environmental Policy Act (NEPA) require the Forest Service to consider environmental ramifications and include public input when they plan logging and roadbuilding on National Forest System lands. NEPA’s “look before you leap approach” was enacted in response to decades of agency mismanagement and degradation of forests, rivers, and water quality. While certain projects may be excluded from detailed environmental review if they fit within broad categories of actions established by laws or agency rules, the Forest Service is now using these so-called “categorical exclusions” as a blank check to authorize enormous logging projects in sensitive and pristine areas—including Roadless Areas and watersheds that supply drinking water to local communities—without involving the public and without any analysis of impacts to wildlife species and their habitats or local communities.

The Trump administration repeatedly complains that the NEPA environmental review process is too slow and burdensome; however, according to a recently published study in the Journal of Forestry, the reality is that “only 1.9 percent of the 33,976 USFS decisions between 2005 and 2018 were processed as Environmental Impact Statements, the most rigorous and time-consuming level of analysis, whereas 82.3 percent of projects fit categorical exclusions.”

Unfortunately, as Guardians’ report shows, the Forest Service has been using categorical exclusions to circumvent its obligations to consider less-impactful alternatives, disclose environmental consequences, and involve the public in meaningful ways when seeking to authorize large-scale logging projects. The result is that these logging projects are having real, on-the-ground impacts by degrading water quality and harming fish and wildlife habitat.

“While this is only a three-month snapshot, it is extremely concerning,” stated Judi Brawer, Wild Places Program Director for WildEarth Guardians. “Secretary of Agriculture, Sonny Perdue, has called on the Forest Service to treat National Forests as crops and that is exactly what the agency is doing, with no regard to fish and wildlife habitat, water quality, or recreation.”

The report shows the agency overwhelmingly uses one particular categorical exclusion meant to improve wildlife habitat or “timber stands” to authorize large-scale commercial logging, and without analyzing the impacts to the very wildlife habitat the agency is supposed to be improving. Specifically, in just three months, the Forest Service proposed 51 logging projects on over three million acres using this one categorical exclusion.

“This report is just one example of the extreme disregard the Trump administration has for nature, wildlife, and local communities in favor of their industry cronies,” stated Brawer. “We’re considering our next steps, which may include requesting a review by the Government Accountability Office. Our report is just the first step in calling for agency accountability.” 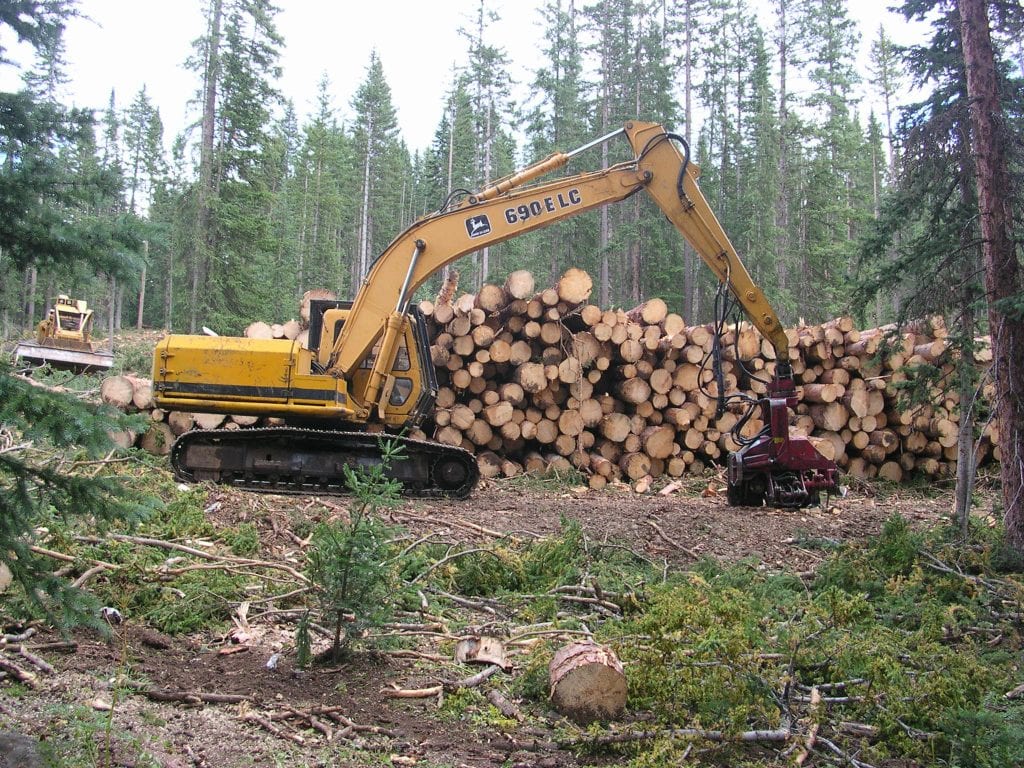