Climate + Energy
#JustTransition, #KeepItInTheGround
Santa Fe, NM –  Today the Use of Water for Oil & Gas Operations, known as the “Protect Our Water” bill, SB 86, sponsored by Senator Antoinette Sedillo Lopez (D-16) passed out of the Senate Conservation Committee (5-4), and will next be heard in Senate Judiciary Committee.

In line with the recent State Land Office order, SB 86 would prohibit the use of freshwater for fracking where produced water can otherwise be used. Additionally, the bill would fulfill the legislature’s original intent of managing produced water in a manner that protects public health, the environment, and freshwater by: making produced water spills illegal with enforceable fines, requiring tracking and disclosure of produced water production and treatment, mandating related rulemaking, and setting minimum requirements based on current science and technology for rules governing reuse of treated produced water outside the oil gas industry. 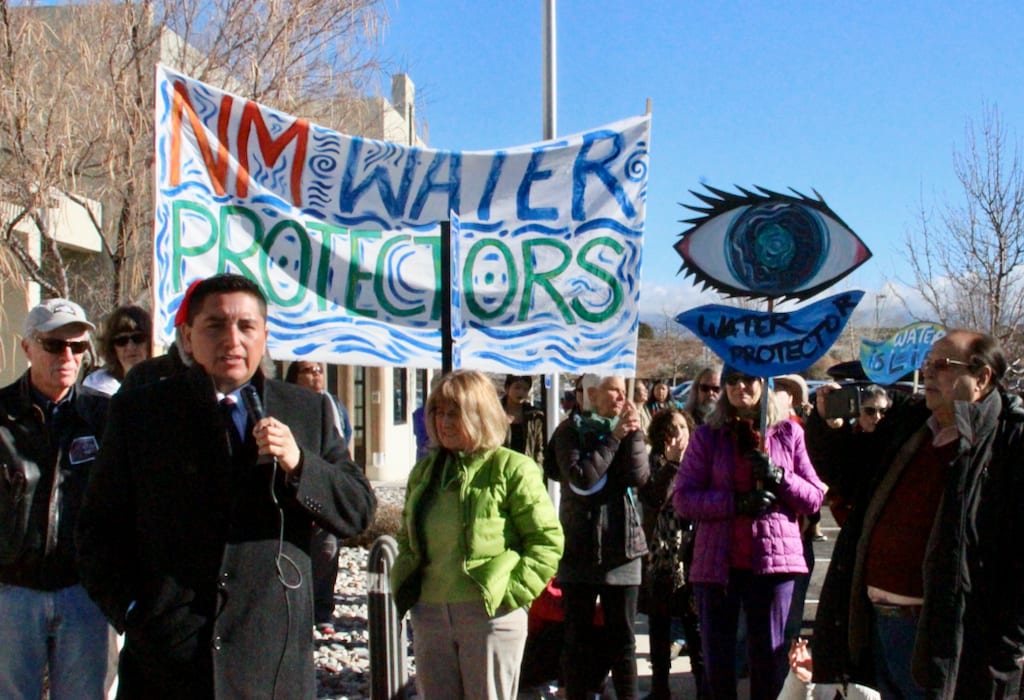