The project would allow timber cutting on up to 320,000 acres over the next 15 years, including as much as 95,000 acres of clearcutting, as well as 80,000 acres of logging in designated roadless areas. It would bulldoze 600 miles of new, temporary roads that can remain on the ground for eight years or more, harming streams and degrading the watershed.

Logging will destroy habitat for the imperiled lynx and the elusive pine marten, a small forest carnivore in the weasel family. The project will cost taxpayers nearly $250 million.

The groups, including WildEarth Guardians, Sierra Club and the Center for Biological Diversity, objected to the project’s scale, proposed levels of road construction, loss of wildlife habitat, impacts on inventoried roadless areas, and lack of meaningful analysis of climate change and economic impacts.

The Forest Service also violated environmental disclosure laws, the groups said, by failing to identify where within the nearly 1,000-square-mile project area the agency plans to log or build roads — data that is necessary to understand the project’s impacts.

“With this latest proposal, the Forest Service is insisting on pushing ahead with a ‘leap first, look later’ approach where they won’t reveal any specific, on-the-ground details until after they have given themselves authority to do all the proposed logging and road building,” said Connie Wilbert of the Sierra Club’s Wyoming Chapter.

The Forest Service gave its initial OK to the project last year but withdrew that decision to further address impacts of temporary roads and other deficiencies in response to vigorous public opposition. The new proposed decision, issued last month, is largely the same as the 2019 proposal, but limits new roads open at any one time to 75 miles.

“Punching in 600 miles of purportedly ‘temporary’ roads over the next 15 years is unprecedented,” said Adam Rissien, rewilding advocate at Wild Earth Guardians. “And while the agency claims that it will limit the number of roads open at any one time, this does little to protect fish and wildlife habitat. Temporary, according to the Forest Service, means that these roads will be open for up to eight years before rehabilitation begins, and then will take many more years to fully recover, during which time they will continue to fragment wildlife habitat and threaten streams with sediment.”

Roadless areas are some of the wildest, most remote forests, sources of pure water and strongholds of biodiversity. They have special legal protection under the 2001 Roadless Area Conservation Rule. The groups say the LaVA project violates that law by ignoring provisions that logging in roadless areas can occur only “infrequently,” and only to protect roadless values.

“Roadless forests protect big chunks of wildlife habitat, important drinking-water sources and remote recreation opportunities,” said Ted Zukoski, an attorney at the Center for Biological Diversity. “The law requires Forest Service officials to take special care with these places. Instead they’re welcoming chainsaws and heavy equipment into two dozen areas that total nearly twice the size of the District of Columbia. The LaVA project needs to go back to the drawing board.”

The groups also show that peer-reviewed scientific studies undermine the key bases for the project — the Forest Service’s unfounded assumption that logging to “thin” forest allegedly increases resilience and reduces the fire risk from beetle outbreaks. Emerging science shows that trees that survive infestations may actually be more resilient and should not be logged. And numerous recent studies show that drought and weather conditions are the most significant factor in determining fire behavior, not insect outbreaks. Rather than disclose and respond to these studies’ conclusions, as the law requires, the Forest Service removed any mention of them from its most recent biological evaluation.

“There are a lot of studies that show logging won’t lower the risk of fire, and shoving those studies under the rug won’t make this project work better or improve the safety of nearby communities,” said Rissien. “If the Forest Service won’t face facts, it risks flushing hundreds of millions of taxpayer dollars down the drain while destroying wildlife habitat, streams, and the scenic beauty of unique wild places.” 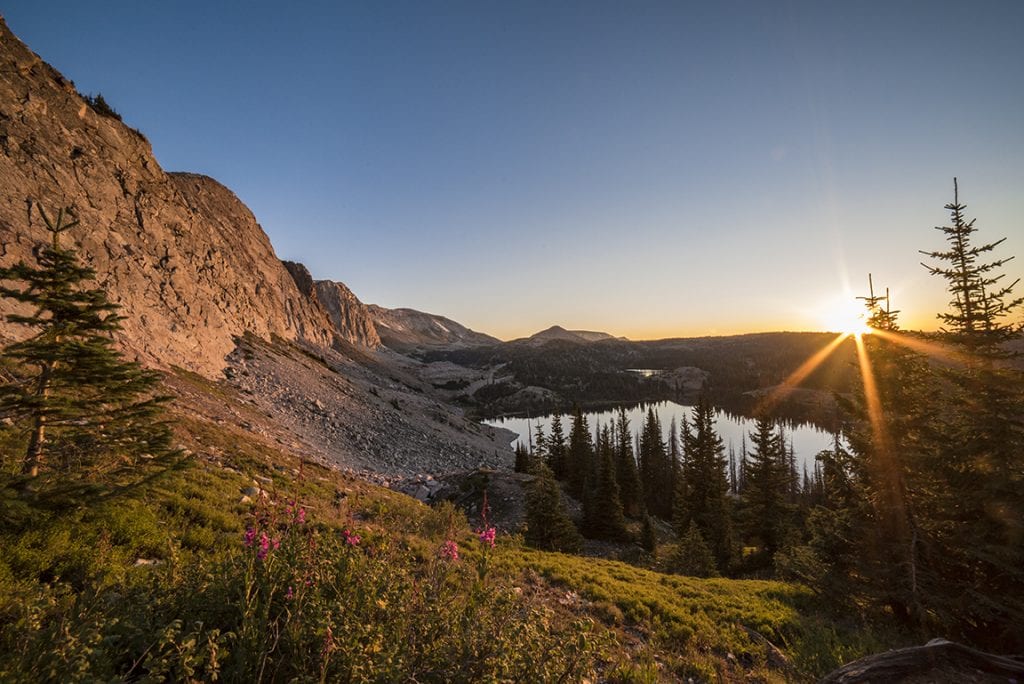