With Idaho, Montana, and Wyoming pushing wolves back to the brink of extinction, the U.S. Fish and Wildlife Service must reinstate Endangered Species Act protections

Wildlife   Gray wolf
#DefendCarnivores, #EndangeredSpeciesAct, #PressStatement, #StopExtinction
BOISE, IDAHO—Conservation groups filed a new petition today seeking immediate Endangered Species Act protection for gray wolves in the Northern Rockies, based on the 2009 commitment made by the US Fish and Wildlife Service to emergency list the species if state laws threaten their survival. Idaho and Montana have drastically altered their wolf management to allow for unregulated wolf-killing and the Service must adhere to its promise.

When the US Fish and Wildlife Service removed these gray wolves from the list of endangered and threatened species in 2009, the agency made the commitment: “[I]f a State changed their regulatory framework to authorize the unlimited and unregulated taking of wolves . . . emergency listing would be immediately pursued.” 74 Fed. Reg. at 15,148.” The regulatory frameworks of the states have in fact changed significantly in 2021, affecting the core population of the Northern Rockies and the western states. A recent court ruling reinstated Endangered Species Act protections for wolves nationwide except for in Idaho, Montana, Wyoming, and parts of Oregon and Washington; today’s petition seeks to protect these still-unprotected wolves.

In Idaho, there is no limit to the number of tags people can buy to kill wolves. Already, more than 500 wolves have been killed in 2021 and the unlimited killing continues. Most were killed as part of a state funded bounty program that pays up to $2,500 for each wolf killed including newborn pups in their dens. Bounties of up to $2,500 are being paid in Idaho and $1000 in Montana are managed by a private organization to incentivize the killing of wolves. Lucrative bounties like this are not offered for any other species in either state.

In Montana, a new law allows for killing approximately 85% of the wolf population and has a disproportionate impact on wolves in Yellowstone, where they are habituated to seeing people daily and have little to no fear associated with them. More than 20 Yellowstone wolves have been reported killed this season—the most ever killed in a single season—and more than 250 wolves have been killed statewide.

Secretary Haaland has the authority under Section 4(b)(7) of the ESA (Endangered Species Act) to issue an emergency listing of wolves in the Northern Rockies. In a recent opinion piece, Secretary Haaland stated, “Because of the gray wolf’s recovery, individual states are responsible for its welfare and sustaining that recovery. Nevertheless, we will reinstate federal protections under the ESA for the northern Rocky Mountains’ gray wolf, if necessary.”

“Secretary Haaland and the U.S. Fish and Wildlife Service must follow through on their commitment and responsibility to the conservation of wolves in the Northern Rockies,” says Suzanne Asha Stone, executive director of the Idaho-based International Wildlife Coexistence Network. “This is an emergency. Hundreds of wolves have already died, and the next targets will be pups that will be born in April. This is not hunting: Idaho is implementing widespread extermination tactics while claiming that the population is unaffected.”

“Those of us watching what’s happening on the ground in the western states can attest to the fact that the current state ‘management’ of this species is far more than a significant risk to the well-being of wolves; it’s wanton slaughter,” said Talasi Brooks, staff attorney with Western Watersheds Project. “It’s absolutely necessary for Secretary Haaland to step in now and protect wolves in Montana, Idaho, and Wyoming that are so critical to the successful recovery of wolves throughout the west.”

“The northern Rocky Mountains should serve as a stronghold for gray wolves, but state legislatures and wildlife agencies have turned the region into hostile ground,” said Joe Bushyhead, endangered species policy advocate with WildEarth Guardians. “With Idaho, Montana, and Wyoming pushing wolves back to the brink of extinction, the U.S. Fish and Wildlife Service must reinstate ESA protections.”

“Currently, Wyoming wolves are suppressed to the minimum population numbers required by the U.S. Fish and Wildlife Service to prevent relisting. Substantial modifications of regulatory mechanisms resulting in boundless wolf killing in neighboring states (Idaho and Montana) pose significant threats to an already strained wolf population in Wyoming. It is imperative that the Service step in to prevent further deterioration of the Northern Rockies wolf population and stop these actions, which deliberately undermine decades of work and funding spent to recover wolves in the western United States.” Loren Taylor, Executive Director of Wyoming Untrapped.

“Recent changes to wolf management allowing lethal neck snares, baiting and wolf bounties are excessive and out of touch with how the public expected wolf conservation to be implemented post-delisting,” said Leda Huta, Executive Director of the Endangered Species Coalition. “With these new, extreme wolf-killing measures, the states are reneging on the wolf conservation plans they agreed to, and the Service has a duty now to step back in and hold them accountable.”

“Wolves in Wyoming continue to face persecution year-round with entire packs being killed. Further, there is little hope for any genetic interchange between wolves as any dispersing individuals face a firing squad in all directions.” said Kristen Combs, Executive Director of Wyoming Wildlife Advocates. “The level of killing is unsustainable and is unparalleled in how we treat any other species. Protections are needed until states can figure out how to set aside their cultural hatred and unethical killing methods and let wolves be the contributors to ecosystems they were meant to be.”

“We have a bumper sticker on our Boise fridge that states, “Idaho – The Wilderness State.” said Natasha Dolezal, Deputy Director, Center for a Humane Economy. “Sadly, what is happening in Idaho is antithetical to the meaning of wilderness. Our state is made up of 63 percent Federal lands where most of our wolves live and die, including being slaughtered in their dens for up to $2,500 per wolf as a bounty. They are not my or Idaho’s wolves – these wolves are America’s heritage and require Federal protection immediately.” 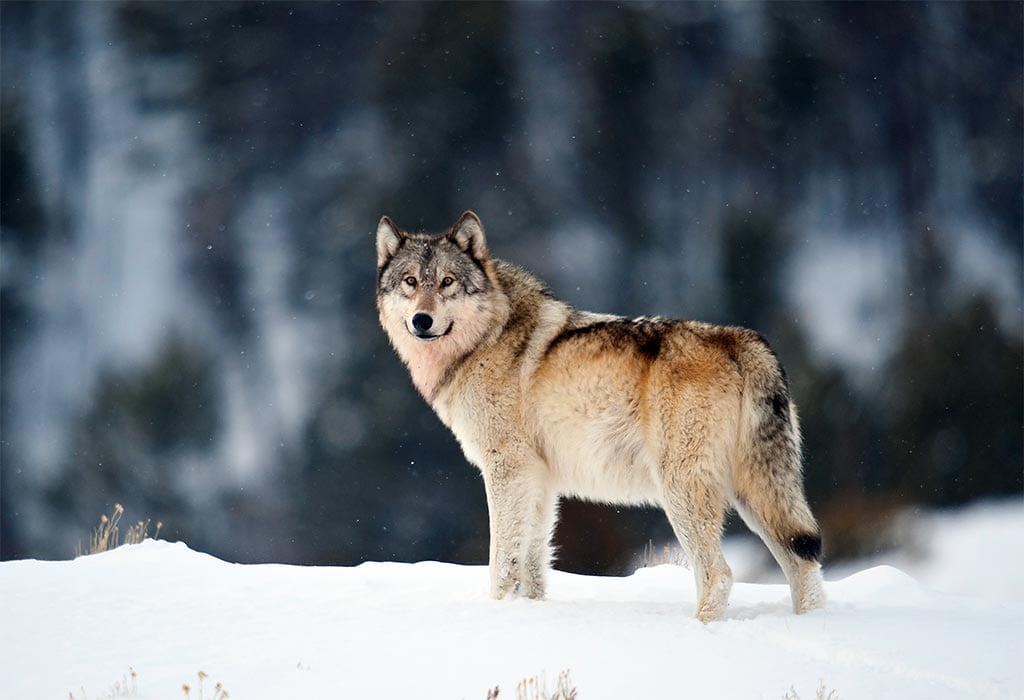